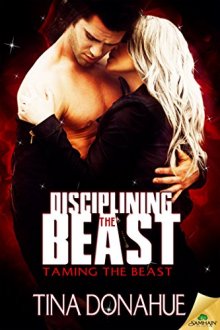 As a romance writer, I’m often faced with what kind of hero I want in my stories. Ultra Alpha? Semi-Alpha? Beta? Somewhere in between?

To me, a guy doesn’t have to chew nails and spit tacks to be a real man and get my blood racing. The sexiest guys feel comfortable enough in their own skin to be generous, kind, and gentle…unless someone’s threatening those they love. Then, watch out.

My tastes in paranormal heroes are eclectic. The ones I’ve chosen for this post are from books and movies. Why limit yourself? A hero is a hero no matter how he’s introduced to an audience.

I have to begin with Ghost. Wow, talk about romance. Was there ever a better movie to sob over? Sam’s (Patrick Swayze) determination to protect Molly (Demi Moore) is awesome. The final scene as they say goodbye forever is one of the best I’ve seen.

Next is Somewhere in Time, based on Bid Time Return by Richard Matheson. Technically, the story could be considered sci-fi, but travelling back in time is also paranormal. At least to me. Richard (Christopher Reeve) isn’t your typical shape-shifting paranormal hero. He’s a man who’s loved one woman through time and he’ll do anything to return to Elsie (Jane Seymour). I couldn’t stop crying at the end. Pure romance.

Odd, the hero in Dean Koontz’s Odd Thomas is also an amazing paranormal hero. Not because he’s handsome or strong—he’s not. But he is a good man who tries his damndest to stop a tragedy he foresees that involves his girlfriend Stormy. His courage and sacrifice is amazing. The ending is one of the best I’ve read in any book. Although this isn’t technically a romance, Odd’s love for Stormy shines through.

Finally, Louis de Pointe du Lac (aka Brad Pitt) in Interview with the Vampire. Again, Louis isn’t a conventional paranormal hero who singlehandedly offs the bad guys. I found him incredibly human and so very tragic. He overcomes great odds (after all, who’d really want to be a vampire) to do the right thing. What a guy.

As you can tell from my list (a short one, to be sure), I like offbeat heroes and romances that stir the soul. I also like tongue-in-cheek paranormal tales such as MaryJanice Davidson’s Undead series. Since I have an irreverent sense of humor, I had to write my Taming the Beast series. I liken the sexual escapades of my main characters (a witch, good fairy, reformed female demon, voodoo priestess) to what the ladies in Sex and the City enjoyed. Taming the Beast is SATC on steroids with a healthy dose of paranormal and wit. Wicked fun with tons of stirring romance in New Orleans.

Rock Star Lit is pleased to announce our Page-Turning Paranormal contest for Summer of 2016!