Book vs Movie: To All The Boys I Have Loved Before

All The Boys I Have Loved Before by Jenny Han was the book people buzzed about at the 2018 San Diego Comic Con because it was about to become a Netflix movie. This adorable YA story is about a young girl whose love letters are delivered to her secret crushes. She complicates the situation by faking a relationship with one boy to avoid her feelings for another boy. In the process, she learns the difference between a fantasy crush and a real relationship.

Which version did I enjoy the best? Drum roll please….. the Netflix Movie

All the issues I had with the book were smoothed out in the movie version as they made 3 significant upgrades:

1)      Lara Jean became a Strong Heroine: Right before reading this book, I had just read another YA story with a 16 year old heroine who was like Katniss Everdeen from the Hunger Games and would do whatever it took to survive her world. Then I started reading about Lara Jean who is a nervous driver and got into a vehicle altercation. She knows she has to call AAA, is reminded by someone to call AAA and yet waits in her car until a boy comes to her rescue and she makes him call AAA for her. It was a hard transition to go to such a naïve character. Plus, her response to many stressful situations was with tears. So many tears. In the movie, they added scenes to show Lara Jean standing up to the school bully/former friend. In their final confrontation, Lara Jean is hurt and humiliated but I celebrated when she called Gen a psycho. It made a huge difference to me to see her be strong, while still vulnerable and hopefully that made a difference to the younger viewing audience. Lana Condor did a great job portraying Lara Jean as equal parts strong and adorable. As an added bonus, the movie included what to do when inappropriate videos of underage girls are posted on social media.

2)      Peter became every girl’s Dream Boyfriend. In the book, you could tell why Lara Jean crushed on Peter Kavinsky and there were real genuine moments between them but when it really mattered, he let her down. He didn’t truly deny what was rumored to have happened in the hot tub. He chose his reputation over his relationship with Lara Jean. I’m sure that is more realistic but I was fine with them not being a couple at the end of the book. However, Netflix turned Peter Kavinsky into every girl’s fantasy boyfriend. He was sweet to her family, he was kind to Lara Jean, and he even took the time to learn the name of the waitress who gave him his milkshake. That boy was raised right! In the movie, Peter shouted to an audience in the school hallway about the truth of the hot tub scene, choosing Lara Jean over his reputation. They ended up together in a fabulous 1980’s John Hughes moment on the lacrosse field. As an added bonus, Noah Centineo portrayed Peter Kavinsky and he is adorable enough to be the next Justin Bieber.

3)      Things didn’t get awkward with Josh. In the book, there was a true love triangle as Lara Jean worked through her feelings for both Peter and Josh. There is even a kiss between Lara Jean and Josh, which led to an extremely painful conversation with Josh’s ex-girlfriend and Lara Jean’s sister. In the movie, they remove the love triangle so there was no kissing and no family feuds. Josh is just a symbol of a childhood fantasy crush and he is used as a catalyst to fake a relationship with Peter. They are able to work through him receiving a letter he was never meant to receive and they maintain their friendship. As an added bonus, they included a scene at the beginning with Lara Jean reading a romance novel to emphasis that Josh was just a forbidden crush. As an avid romance reader, this is probably when I decided I liked the movie more than the book.

The story has become the perfect Summer Rom-Com movie and there are already rumors of a movie sequel. It’s a great thing that Jenny Han wrote three books in the series because I would love to see more of Lara Jean and Peter’s story. 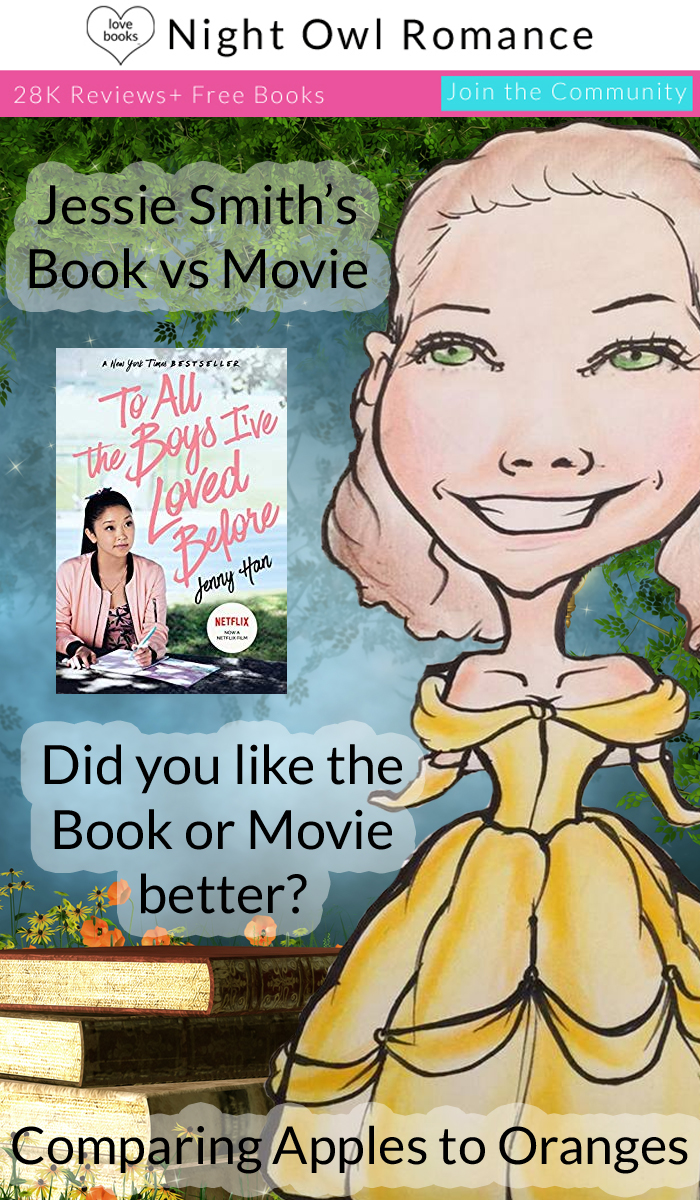