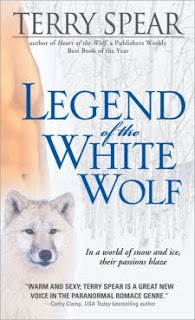 When we write, it’s easy to get stuck on a part of our novels: where to take the hero or heroine now; how to deepen the motivation, the characterization, the plot; how to resolve this issue, or add more conflict. And so sometimes it’s like this huge crevice splits the world in two. And I’m on one side, and the rest of the story is on the other. But how in the world do I connect the dots, cross that crevice, and reach the end?

Truly? I wasn’t thinking about my current work in progress, Taming the Highland Wolf, which I’ve just started writing, but this blog, and four others I needed to write today. 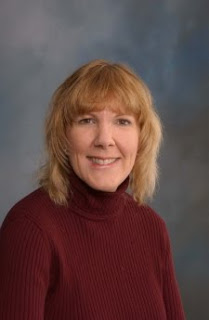 Yep, it’s not just about writing the books, but writing the promotional blogs that can stall us. I did what I normally do when I’m not able to move forward:  ate lunch, cleaned a little, worked on the new book, and answered some blog comments. So that did it, right? Snapped me right out of this blog fog I’m in?

Nope. :) So I called my son about Dragon Age, the Role Playing Game we both got for Christmas and I asked him how in the world I kill the drakes in the cave before I can fight the really big dragon. When I phoned him, I told him right up front I was calling about something really important. :) He laughed. When he was a kid, his boyfriends thought it was so cool to have a mother who loved to play RPGs too.

Anyway, after killing the drakes, I saved the game, will leave the big dragon for later, because I still have five blogs to write today. And answered a couple of blog comments, and wrote up author notes for another story, researched a little to make sure my information was accurate, then it was time to write this blog again.

Nothing. So I decided to write about brain fog. And it worked! Sometimes just writing about nothing will help us to cross that crevice and get us going again.

Did I get stumped when I was working on Legend of the White Wolf? I can’t remember any specifics that far back! Really!

Oh sure, there are times I’m wondering what to do next to get my characters into more of a pickle of a mess. Things are getting too quiet. Need strife. And then I brainstorm, sometimes by myself, sometimes with others. And then there are times when I’m trying to figure out how to get them out of the pickle of a mess I just got them into. It can be a lot more difficult than you think. Make the solution too easy, and it’s like that was too convenient. Too difficult, and it’s like that was too complicated. But still, we need to create problems for our characters.

In any of these problem areas, trying to come up with alternate scenarios can help to break down the barrier that keeps us from writing the story. Sometimes a little research will give us a wealth of information that will be fun to include and can send us in the right direction.

So if you have brain fog, don’t let it get you down. Somewhere, somehow there’s a solution! We just have to work at it until we find it!

Do you ever have trouble with fog on the brain?


LEGEND OF THE WHITE WOLF—IN STORES FEBRUARY 2010
Award-Winning Author introduces the next installment of her paranormal romance series
A 2008 Publishers Weekly Best Book of the Year Award Winner!

In this fourth in Spear's series, Private Eye Cameron MacPherson and Faith O'Mallery are both on quests that lead them into the world of magical wolves...

Cameron arrives in the Canadian Arctic to search for his partners in his P.I. business who are late returning from a hunting trip. Faith is there to discover what her father had seen in the same area years earlier that had made him lose touch with reality—man-wolves, he called them.

The two tumble into an icy world of enemies bent on destroying the lupus garou kind. As they turn into lupus garou themselves, and bond with the pack that only they can rescue from destruction, Cameron and Faith find their soul mates in each other.

A retired lieutenant colonel in the U.S. Army Reserves, Terry Spear has an MBA from Monmouth College.  As an eclectic writer, she dabbles in the paranormal, historical and true life stories for both teen and adult audiences.  She is the author of Winning the Highlander’s Heart and The Vampire in My Dreams(young adult). Spear lives in Crawford, Texas.

You can find Terry at the following places: