Cheryl has stopped on over to share her new project.

Cheryl Brooks in the house...

What’s new in the Cat Star Chronicles world? The kids have grown up, and there’s a whole new romance series to explore!

The children born during the original Cat Star Chronicles series are growing up fast, falling in love, and getting tangled up in all sorts of adventures. Some of the characters from the original series pop in now and then, but for those of you who are new to the world where the Zetithians live, these new romance books stand firmly on their own. Of course, if they make you want to delve into my backlist, there are ten books filled with out-of-this-world-sexy Zetithian cats for you to enjoy.

A word to those new to this part of the galaxy though, my cats are not shape-shifters. They’re a species of feline humanoids who are so hot, some jealous dude blew up their planet. There aren’t many of them left, and they need to find mates to bring their species back from the brink of extinction. Fortunately, they cross well with humans. :) Not only that, the guys are pretty much irresistible to human women. Then there are the female Zetithians, and for them, only a male Zetithian will do, which…complicates things.

The main characters in Maverick are the children from the first two pairings in the Cat Star Chronicles. Larry is the son of Jack and Cat Tshevnoe, and Althea is the only daughter of Tisana and Leo Banadänsk. Larry is as forthright and honest as you’d expect a son of Cat and Jack to be, but the Mordrial blood Althea inherited from her mother has given her special powers. Unlike her mother who communicates telepathically with animals, Althea is an empath, reading the emotions of others. Like her mother, she can control fire, but her other element is earth, and when you put those two powers together, she is capable of creating some serious havoc!

Larry and Althea grew up on a starship and have been pals from a very young age. Since reaching adulthood, they’ve gone their separate ways: Larry travels the galaxy repairing comsystems while Althea has retreated to the jungles of Barada Seven, one of the few places where she can find peace from her empathic readings of both people and planets. But Larry needs her help.

Having finally found a woman Larry believes he could love, he seeks out Althea hoping that her empathic ability can aid him in determining the woman’s motivations. As hot as Zetithians are reputed to be, he can’t be sure his new love wants him for himself or for the sexual fireworks. The fact that he’s financially well-off is another factor.

Larry is the one person Althea has never been able to read, so she can only assume his feelings are genuine. She agrees to help him, and they set out for Rhylos aboard Larry’s ship. But their plans are delayed when a distress call sends them on a detour into danger…and romance.

Zetithians are back. And they're hotter than ever...

Having the Zetithian feline gene gives Larry Tshevnoe awesome beauty, fearsome strength, sensuality and sexual prowess unmatched by any other males in the universe. But it can make the quest for true love...complicated.

Enter childhood friend and fellow Zetithian Althea Banadänsk. Her empathic powers make her the only one who can show Larry what he truly desires, and she'll do anything to help...even if that means hiding her desperate craving for him.

But when a distress call sends them off course—and into danger—they find more than their hearts are at stake. Now it's up to them to become the champions of truth and justice throughout the galaxy...or risk losing it all.

THE PRIOR SERIES: THE CAT STAR CHRONICLES

A native of Louisville, Kentucky, Cheryl Brooks is a former critical care nurse who resides in rural Indiana with her husband, two sons, two horses, four cats, and one dog. Her Cat Star Chronicles series was first published by Sourcebooks Casablanca in 2008, and includes Slave, Warrior, Rogue, Outcast, Fugitive, Hero, Virgin, Stud, Wildcat, and Rebel. Her Cowboy Heaven series includes the Cowboy Delight novella and two novels, Cowboy Heaven and Must Love Cowboys. Self-published works include Sex, Love, and a Purple Bikini, Midnight in Reno, The Soul Survivors Trilogy: Echoes From the Deep, Dreams From the Deep, and Justice From the Deep, and the Unlikely Lovers series: Unbridled, Uninhibited, Undeniable, and Unrivaled. Look for Maverick, the first book in her new Cat Star Legacy series in September 2018. She has also published If You Could Read My Mind writing as Samantha R. Michaels. As a member of The Sextet, she has written eight erotic novellas published by Siren/Bookstrand. Her other interests include cooking, gardening, singing, and guitar playing. Cheryl is a member of RWA and IRWA. 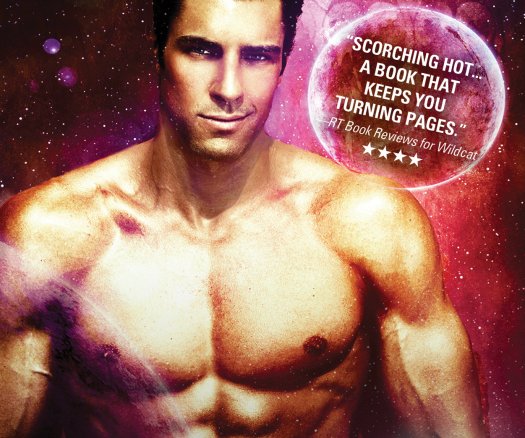