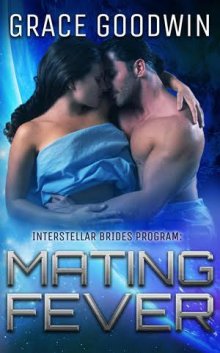 5 Things a Fairy Princess Can't Live Without by Grace Goodwin

Oh, my, this is a juicy topic. If you think I’m going to say her Prince…you’re SO wrong.

1 – A sense of humor. When you can’t sleep because there’s a pea ten mattresses deep, you better like to laugh – because you will never, ever sleep.

3 – Awesome clothes. And I mean magical, sparkling stuff. Glass slippers to go with aren’t a bad idea either.

4 – A Nemesis. Yes, an enemy. Preferably evil and very hard to kill. A Fairy Princess can’t conquer the world (and the heart of the prince) if there’s no one worthy to fight. Seriously. The nastier the better.

5 – The voice of an angel. She’s got to sing. How will the prince find her if she’s not singing?

I guess that’s it. Recipe for one spectacular Fairy Princess above. Add a brain, a handsome prince, and a kingdom to save from evil, and you’ve got all the makings of an epic romance.

In space, my heroine’s don’t sing, they don’t have cute, fluffy sidekicks, and they don’t get sparkling clothes. But they do get hot alpha males trying to seduce them, kick-ass ion blasters, space ships, and the brains to conquer them all. Their mates aren’t princes, most of the time, but they ARE panty-melting, sexy, dominant lovers.
Ready to go? A beast awaits you fair maiden…

Megan Simmons is a soldier sent into space to protect Earth as a member of the Coalition Fleet. After eighteen months of ruthless fighting on a Hive controlled planet, she is separated from her unit, lost and trapped behind enemy lines.

Nyko of Atlan never hesitates to charge into battle against Hive scum. Seeing a soldier in trouble, he follows routine, ripping his enemies to shreds to save the human. When that warrior turns out to be a beautiful and curvy female, the beast he's been fighting suddenly breaks free and growls one simple demand...MINE.