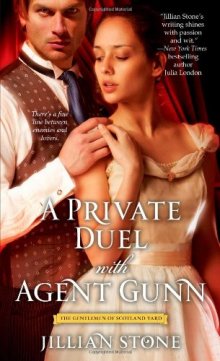 The Damaged Hero of A Private Duel with Agent Gunn

Before PTSD and shell shock there was a pitiable condition called soldier’s heart.

When I was developing the character of Phineas Gunn, I knew I wanted him to be an eccentric recluse, given to intellectual pursuits as well his talent for espionage and crime solving.

Beginning in chapter one, paragraph one, it quickly becomes apparent Agent Gunn is having some sort of attack of nerves. As the story unfolds, the reader learns that Finn was  injured during the Second Anglo-Afghan war, and that his wounds are more emotional than physical. Finn holds deeply disturbing memories inside that he rarely speaks of. Dark, enclosed spaces often trigger his nervous attacks, and contribute to his solitary life, causing him to have certain services brought to him, including his mistress and his fencing master.

In fact, the only thing that gets Finn Gunn out of the house is an occasional assignment from Scotland Yard or Naval Intelligence––as in A Private Duel with Agent Gunn––it’s a case involving mysterious ballerina Cate Willoughby.

Agent Gunn agreed to a brief interview about soldier’s heart, a hint about what happened to him during his military service, his new doctor and the effect Cate Willoughby has on his condition:
??
Jillian: “What exactly is soldier's heart, Agent Gunn?”?

Agent Gunn: “As long as I am going to talk publicly about my debilitating condition, please call me Phineas or Finn, after all, you created me.”

Jillian: (As Finn smiled, I was reminded of just how charming, he could be.)

Finn: “To answer your question, soldier’s heart is a battle fatigue condition that affects some soldiers––particularly those of us who have witnessed heinous carnage and death. An American civil war doctor, actually named the condition.

Jillian: “Can you tell me something about what happens when you get a nervous attack?”

Finn: “Rapid pulse, sweating, trembling, shaking. Sensations of shortness of breath. A feeling of choking or smothering. Chest pain. Nausea. Feelings of unreality, detachment––fear of losing control, or going mad. Fear of dying. Numbness and tingling sensations, alternating chills and  feverish flushes. Not all at once, of course, but there are often multiple symptoms present.

Jillian: I understand you were stationed in Afghanistan??

Finn: Yes. I was new to the Northern Territories, and had just arrived at Kandahar when Ayub Khan laid siege to the fort. My first intelligence operation involved a scouting patrol into the mountains. We were on the look out for General Robert’s reinforcements, who were on their way from Kabul. We were ambushed by a Pathan tribe––captured and tortured. Eight men went out––four us escaped, and made it back to the fort.

Jillian: Do you see a doctor in London, and is he helping...any?

Finn: Ah, you refer to my quack physician Monatgue Twombly. He’s a last resort––after a close call with opium, electrical currents, and ice baths––nothing seemed to have any lasting effect. Monty studied under an unorthodox Austrian physician by the name of Freud, who practices a new sort of cure, something called “talking therapy.” As unusual as Twombly’s practice is, I have made progress under his supervision and mean to stay the course.”

Jillian: Thank you for sharing a bit about your pitiable condition. I must say you appear to be coping rather well––I wonder, has your heroine, Cate Willoughby had an effect on your nerves?”

Finn: “Quite a few symptoms subside when I am with her. Although some worsen, like the occasional irregular heart beat.” He winks.

To find out exactly how Cate makes Finn’s heart race, be sure to read A Private Duel with Agent Gunn. Here’s a short blurb:

Prima ballerina Catriona de Dovia lives the glamorous life of a starlet, filled with glittering jewels, sumptuous dinners, and admiring suitors. She’s grown up considerably since losing her heart to Hugh Curzon once upon a time, no longer wasting her emotions on the empty promises of charming gentlemen. On her own since the untimely death of her parents, she will do anything for the only family she has left: her brother, a notorious anarchist.

Scotland Yard Agent Phineas Gunn–sometimes known as Hugh Curzon–receives his new assignment reluctantly. He’s up for something a little more strenuous than playing nanny to a ballerina, until he sees who his charge is. Then, it’s a completely different story, because he’d been unable to forget the trusting, beautiful Cate since he had to leave her behind in Barcelona. And he suspects Cate is more than a ballet girl––in fact, she just might be a jewel thief, or even more arousing––a clever undercover operative.

Finn is determined to find out as the two race across the Continent–by land, by sea, even through the air by zephyr–it becomes uncertain who is keeping tabs on whom, and Finn and Cate must battle the sexual tension that snaps and sizzles between them every step of the way.

Let’s face it, we all appreciate a daring and dashing detective who has to overcome a disability like soldier’s heart. Do you have a favorite damaged hero from fiction, film or TV? Please share!

Jillian Stone was born a storyteller. A skill that got her into considerable trouble as a youth until she solved the problem by becoming an advertising creative! And her career did seem to suit her as she won many national ad awards including the Clio and the New York Art Director's Club Gold. What more could she ask for? Create her own worlds? Become goddess of her own universe? Yes! So, she began to write fiction. Her Victorian Romantic Suspense novel AN AFFAIR WITH MR. KENNEDY (The Gentlemen of Scotland Yard) won the Romance Writers of America 2010 Golden Heart and sold to Pocket Books. Her steamin' sexy, supernatural Steampunk novel, THE SEDUCTION OF PHAETON BLACK, won the 2010 Romance Through The Ages Erotica category and sold to Kensington Brava. Jillian lives in California and is currently working on more adventures for both series.