Have you ever been the new kid in school, sitting alone and feeling sorry for yourself because you don’t have any friends?

It’s a little like that when you’re a new author. You have this dream, you write this awesome story, you get it published, and then…you wait for people to read it. The problem is, there are thousands of other books coming out, vying for peoples’ attention along with yours. Finding readers, like finding friends, can be hard.

I write both historical romance and romantic suspense. Undercover with the Nanny is my fourth book. With each book published, I’ve gained more readers, and I like to interact with them on social media. So, if you’re reading this, welcome! I hope you comment, and ask me questions, so that I can get to know you. I’d also love it if you connect with me on my social media sites. I’m very active on them.

Being an author is a solitary life. I spend my days writing, promoting, and doing activities with my husband and grown sons. But when I’m on social media, talking with readers and “friends,” I have a blast. I love seeing where they’re from, and talking about subjects such as weather, family, and likes/dislikes. People from around the U.S., as well as England, Canada, and other parts of the world join in the conversation, making the world a little bit smaller.

I live in southern California. Orange County, to be exact. I’m lucky enough to have retired early, so I can write when and where I choose. I roam the house during the day, but this is where I do a lot of my writing.

It’s my mom’s desk. When she died ten years ago, my dad moved in with us, and brought some of their furniture. My sister has a few pieces, but this is the one I wanted the most. My husband recovered the chair this past year. My mom would love to know that this is where I write my books.

So, now that you know a little about me, I invite you to tell me a bit about yourselves. Do you have a pet? I own a five-year-old Sheltie named Scooter. We’ve owned three dogs over our thirty-three-year marriage, and Scooter is the first one I can actually call “my dog.” He rushes past my husband every morning just to get to me. If I leave the room, pretty soon he gets up and follows me. And, I haven’t gone to the bathroom alone in years (I know, TMI, haha).

I love to eat Mexican food. In my upcoming release, Undercover with the Nanny, I actually have my hero and heroine on a date at a Mexican restaurant that I dearly love. Of course, I transferred it to an imaginary town! I could eat Mexican food every week, with Chinese coming in a close second. I’d love to know what your to-die-for food is.

Lastly, I’m a beach person. Being a California native, I go to the beach during all four seasons. While I like the mountains, lakes and rivers, nothing compares to a beach. I’ve been fortunate to spend nights in hotels on the beach, and there’s nothing like the sound of the waves to lull you to sleep. My hero, Sawyer Hayes, is from Texas, and he finds the waves noisy at night. It was fun for me to write that, because I don’t agree with him! What is your favorite place? Is it camping in the mountains, fishing at a lake, or are you a “beach person” like me?

I’m so glad I’ve been able to meet new readers today on the blog. Being on Night Owl Reviews has always been a goal of mine. I hope you can relate to me through what I’ve revealed about myself, and that you take time to drop me a note here, as well as on social media. I always answer!

Undercover with the Nanny

DEA agent Sawyer Hayes came to California in search of a drug cartel leader who slipped through his fingers in El Paso. The link to finding him is Kate Munroe, a nanny for one of his henchmen. The problem? He didn’t expect to be so drawn to a possible suspect. How is he supposed to do his job when his growing feelings for her are clouding his judgment?

Interior designer Kate Munroe’s life is a train wreck. Her parents’ deaths left her with their mounds of debt, she can’t get a job designing even a cubicle, and she’s bunking in her best friend’s spare bedroom. To make ends meet, she’s a nanny to a lonely little boy whose rich father works all the time. Romance is not on her radar. But her hot new neighbor could change her mind, with his broad shoulders and Southern charm. Too bad his secrets could destroy her.

Cathy Skendrovich has always loved a good story, and spent her formative years scribbling what is now called Fan Fiction. The current heartthrob of the time featured heavily in all her stories. Unfortunately, once she went to college, her writing took the form of term papers, written on typewriters instead of computer keyboards.

Upon graduation, Cathy took a job as an English teacher in a middle school. Along the way, she married her husband of now thirty-two years, had two sons, and moved to southern Orange County, California. She chose to work part-time in the school system there.

Now she has returned to writing. Prisoner of Love is her first published novel, followed closely by The Pirate's Bride. A sequel to The Pirate's Bride, as well as another contemporary romantic suspense are in the works.

She likes writing romance because she feels it's lacking in today's technological world. While she enjoys writing contemporary stories, creating romance in bygone times fascinates her. She hopes her ability to write in both genres will be the beginning of a long and satisfying writing career. 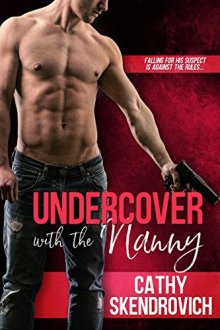