Contest Question: Is romance only for the young and beautiful?

Middle-aged stand-up comedian Josh Steinberg, the “Jewish Comedy King” and formerly the star of his own popular TV series, finds himself struggling to keep his career alive, playing seedier and seedier clubs. Plump, balding, and plain-looking, he has never had much luck with women. That is, until Josh meets Holly Brannigan while performing his stand-up act in a club. Holly, an attractive, intelligent, and divorced 50-year-old businesswoman, becomes instantly smitten with Josh and even finds his unconventional looks wildly sexy.

The lonely and vulnerable Josh soon falls in love with Holly, even though she’s not the statuesque type he usually goes for. But Josh, terrified of being hurt and discarded by yet another woman, hides his feelings for Holly by making fun of her in his stand-up act. And Holly, taking Josh’s words to heart, starts to wonder if she means anything to him at all.

This giveaway is now over. The winner is listed in the comments. 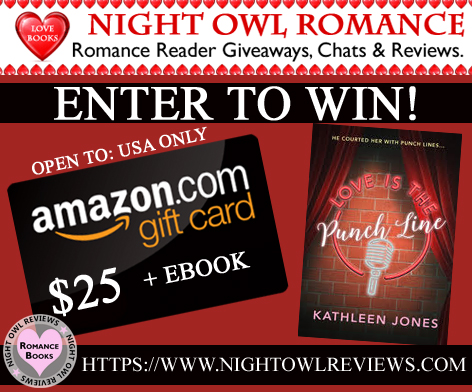