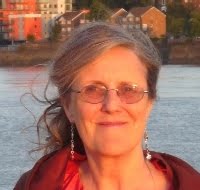 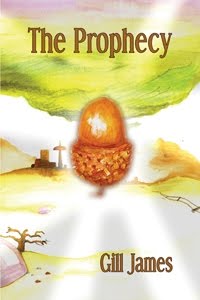 
By the time I started writing The Prophecy I already had 30 books published. I was quite used to the amount of planning needed and even to doing the odd bit of research for real life stories and ones set in historical times. I’d made up worlds before, because I’d written quite a bit of fantasy. However, most of my fantasy was not set in an alternative world – rather it had magic coming to a world we already know well.

The Prophecy, therefore, was different for me in two ways. It was the first REALLY BIG BOOK I had written – it is 103,000 words long and the second part which I have written but am still editing is just as long - and it was the first science fantasy story I’d tackled.

I now had to put as much effort in creating a world for Kaleem and his people as I had before into creating characters and crafting plausible plots. Of course I still had to do that as well. For months before I started writing the actual novel, creating the worlds of Zandra and Terrestra became a major occupation. I’d work on it whilst sitting in cafés, travelling on trains, waiting at the dentist and doing the ironing. My writer’s journal was always quite close –yes, even when doing the ironing, though one or two shirts got singed in the process - and I have now have several books full of notes.

I needed to work out:

· Who they live with

· How they entertain themselves

· How they are educated

· How they are governed

· Whether they have any religion and what it’s like

· What they do that is totally different from what we do

· How might this setting make them act and feel

To create a fantasy setting or an historical one you need to know these things as well, though in the latter case you need to research rather than imagine.

I really did spend a long time on this, so when I started writing I really knew what I was doing. However, there are always surprises. Sometimes you think “Goodness, how on earth do they do such and such in this world?” Then you have to stop writing and go away and think for a bit. Occasionally, also, you haven’t thought of the consequences of one aspect of your setting.

In fact, it was a surprise like that which has given me a major dilemma for my characters in Book 2, Babel. Although I already knew the basic stories for Books 2 and 3, this dilemma caused by an important aspect of the setting really peps up Book 2.

No, I’m not going to tell you what that is … it would spoil the surprise. Babel comes out in September 2010.