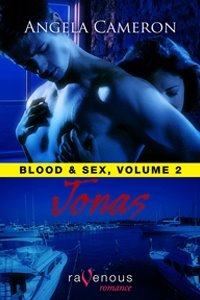 Angela Cameron on Werewolves (not literally)

It’s great to be here again! Tammie has been gracious enough to let us continue the discussion we had a while back about vampires, which spurred on the question: Why are we so attracted to werewolves in our romances?

Admittedly, I hadn’t thought about this one as much. Even though I’ve written werewolf tales, I hadn’t considered the move from the scary monster werewolves of the movies from my childhood to the modern magical lovers of the romance novels we love today. So, it took a little research.

Have they always been sexy?

From the earliest stories, werewolves have been, by definition, shape shifters. Their legend is in almost every culture throughout history. The master legend of our modern werewolves seems to be from Lycaon, who some say was cursed by Zeus for sacrificing a boy on the god’s alter. Others believe that either Lycaon and/or his sons made a meal of human flesh and fed it to Zeus at a banquet. Either way, he supposedly angered the god, who transformed the man and his sons into wolves. This legend is a monster who has little resemblance to our modern hero. Unlike the vampire, werewolves were true monsters until a few short decades ago.

In modern romance, we’ve moved to modern stories featuring humans who have lycanthropy from a virus, such as in Laurell K. Hamilton’s Anita Blake series. Or, they inherit the genes as the wolves do in the Twilight series or in my first werewolf short story “Changing Moon” in the Power Plays anthology. Either way, these half humans keep most of their human characteristics and incorporate their differences into their lives in ways that vampires can only dream of. Perhaps this human quality has an influence on our attraction to them. Is it this struggle to remain human in the face of an almost uncontrollable desire to kill and maim? It’s almost the ultimate in passionate, flawed mates.

We all want to be free. 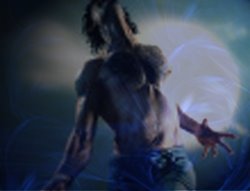 Or is it the desire for freedom? Werewolves in modern romances tend to enjoy running wild in the forest in all their furred glory. In their pack world, the normal human rules no longer apply. Justice is swift and decisive. Sexuality and nudity are usually very open and may involve various pack members. Instincts trump most every other influence. It’s the height of freedom both in the physical and psychological realms.

Does loyalty count for anything?

Another popular characteristic of these beasts is their loyalty. Within their pack, a hierarchy exists that is something of a monarchy. The Alpha male and female lead the larger domestic unit and will protect them with their lives. On an individual basis, they have families with close ties. They generally have children. Lots of them. And they have mates that they protect at any and every turn. These wolves have a family oriented attitude that surpasses all other supernatural creatures.

What does it all mean?

If vampires are the wise, seductive paramours of our dreams, then werewolves are the nature loving, uninhibited lovers of our days. My personal theory is that werewolves are another, more human extension of our escapist needs. Where vampires take us into a new life, werewolves unlock our cages to let us run free as humans. Of course, there will be as many theories as there are readers. For me, the attraction is all of these things (even if I did make the werewolves old school monsters in my Blood and Sex series). Who wouldn’t want a passionate, loyal, fearsome, sexually adept, confident, family oriented mate?

But what about you? What’s the attraction to werewolves for you? I can’t wait to see your answers! So, if you post a comment today, I’ll automatically enter you in the drawing for a free copy of one of the Blood and Sex series books.


If you want to know more about me and the guys of the Blood & Sex series, check out my blog at angelacameron.wordpress.com. You can also find excerpts at http://www.ravenousromance.com/ and at my website http://www.angela-cameron.com/. If you stop by, leave a message. I’d love to talk to you!
visit us at http://www.nightowlromance.com