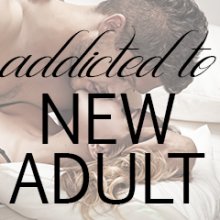 New Adult is a brand new and rising genre. Many don't know what New Adult means. New Adult titles are books that focus on the age group of late teens to early twenties. Today we have several authors stopping over to answer some questions about their New Adult titles.

FAKING IT just released the first week of June. And I've got a novella titled Keeping Her coming up in August. (Purchase)

Bad Girl Max enlists boy-next-door Cade to pretend to be her boyfriend for a meeting with her conservative parents. But when Cade wins over her parents a little too well, they are forced to keep the ruse going. The more they pretend to be together, the more real it starts to feel.

As I mentioned, I've got KEEPING HER releasing in August, which is a novella sequel to my first book LOSING IT. I've also got my third full length novel, FINDING IT, releasing in October.

Quickly and completely. When I started writing my first book, LOSING IT, I thought I would only write a few chapters, just to get the story out of my head, and then go back to what I was working on before it. But the voice and the category were so fun to write, that I got swept away into and never looked back.

Cora Carmack is a twenty-something writer who likes to write about twenty-something characters. She’s done a multitude of things in her life – boring jobs (working retail), fun jobs (working in a theatre), stressful jobs (teaching) and dream jobs (writing). She enjoys placing her characters in the most awkward situations possible and then trying to help them get a boyfriend out of it. Awkward people need love, too. Her first book, LOSING IT, was a New York Times and USA Today Bestseller. Future titles include FAKING IT (June 2013), KEEPING HER (August 2013), and FINDING IT (October 2013), all with William Morrow and Company.

A LITTLE TOO FAR, courtesy of HarperCollins/William Morrow, is scheduled to release on September 17th. It will be followed up by A LITTLE TOO MUCH, releasing on November 12th, and the third, as yet untitled, book in the series, releasing January 21, 2014. (Purchase / Pre-Order)

When 20-year-old Lexie Banks falls in love with the wrong guy, she thinks escaping to Rome for a year abroad will be the answer to her problems. Instead, she (literally) stumbles into Alessandro Moretti, a young and very easy on the eyes deacon…only eight months away from becoming a priest. As Lexie and Alessandro grow closer, and when Alessandro’s signals start changing despite his vow of celibacy, she finds herself torn between falling in love with the man she shouldn’t want and the man she can’t have.

As I mentioned, there are two more books in the series. I’m currently writing book three. When I’m done with that, there are a few more companions in the A LITTLE TOO FAR series that I would love to write. And, where my roots are in YA, I have a few YA manuscripts I’m in the process of polishing in hopes that my omnipotent uber-agent can find them a fabulous publishing home.

Five years ago, when I started writing, the voices in my head always seemed to be upper teen voices. I started writing YA because the consensus industry wide seemed to be that there was no market for books with college age protags. My YA books always tend toward more mature themes, and I’ve had to work pretty hard to keep the content acceptable in the realm of YA. So, last year, when I saw a group of really brave New Adult authors (including Cora Carmack) self-publish with great success, I was thrilled. After my agent signed Cora, I emailed her and said, “So, do I get to write NA now?” She said, “Write it!” And now I’m super excited you all get to read it.

Lisa lives in central California with her husband and two very busy daughters. She adores books that take her to new places, specifically JRR Tolkien’s LORD OF THE RINGS and A SEPARATE PEACE by John Knowles, as well as contemporary authors like Melissa Marr, Kristin Cashore, Jay Asher, and Suzanne Collins.

In addition to working full time as a physical therapist, Lisa has made time for writing, including her debut series, PERSONAL DEMONS (Tor teen). She is also working on a New Adult series entitled A LITTLE TOO FAR (William Morrow, 2014).

Psych intern Nessa is determined to stay on an emotional even keel--she doesn't want to end up like her father, whose constant ups and downs destroyed her family. Then she meets Dr. Aron Lindstrom, who is brilliant, intense, sexy, and determined to convince Nessa to take a chance on him. But what begins as passion soon takes on a dangerous edge, and Nessa must decide whether she should hold on for the ride or run ... even if it means leaving her heart behind.

My next NA contemporary romance comes out in October. It's about a young artist torn between making a living by offering 'private lessons' to the wealthiest women in town or allowing himself to fall in love with one of his students at the local co-op—a college student rediscovering her passion for art after escaping an abusive relationship—and risking everything he’s worked toward.

The very first novel I wrote, about three years ago, was NA. At the time, though, there was no way it was going to get picked up by an agent or publisher, so I wandered off and wrote other things. As this genre has started to emerge and I've read some of the amazing NA books coming out, my passion for it was reignited, and I've been making up for lost time ever since. I love the raw emotion, the uncertainty, the vulnerability, and the intensity of the characters within this genre, where none of them have it all figured out quite yet but must make big decisions that will affect the rest of their lives. And of course, there’s the hot romance. These stories are a total pleasure to write!

Mila Ferrera lives in New England, where she has a family and a job and does various normal, everyday things, all while plotting novels in her head. She has a passion for writing new adult/adult romance featuring psychological twists and tortured heroes. Her own psychology internship involved plenty of consultation, but alas, no sexy Swedish doctors, which is why she had to make one up. SPIRAL is her first novel ... but it won't be the only one for long.

Addicted to You, a New Adult contemporary romance. (Purchase)

Addicted to You is about Leah, who is forced to attend sex addiction therapy after her apartment gets burglarized by her latest one night stand. She has no interest in love and believes that sooner or later, everyone lets you down. Then she meets Will, and she has to figure out what to do and how to deal when he throws all these notions into doubt.

I’ll be working on several projects, including the second book in the series. It’s a standalone novel set in the same universe that follows Will’s best friend Finn.

I’ve always loved reading about this particular age group and their unique experiences well before it became “New Adult.” Now, I couldn’t be more pleased that it’s getting some much deserved attention.

Colina Brennan grew up in a small Wisconsin city, which gave her a great love for cheese and plenty of time to read and stretch her imagination. By day, she’s attached to her son, and by night, to her laptop. She writes about the fantastical and the romantic, and everything in between.