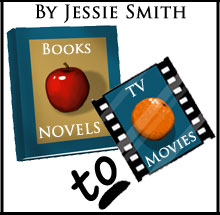 In honor of this summer’s movie blockbuster, Wonder Woman, I decided to highlight another comic book series with a strong female character.  So this month we head to the Wild West to discuss Beau Smith’s 2003 Wynonna Earp comic book series versus the 2016 television series on the Syfy channel. Specifically I binge watched season one to compare it to volume 1 of the comic book series titled Homecoming.

Wynonna Earp is the heir to Wyatt Earp, a famous historical lawman in Tombstone, Arizona who participated in a deadly showdown at the O.K. Corral. Wyatt Earp symbolized justice in the lawlessness of the Wild West. Beau took the spirit of that character and translated it to current times with Wyatt’s fictional relation Wynonna Earp who inherited his gun and a family curse. Wynonna has the burden of being the first born of that generation so she has the responsibility to hunt down supernatural evil remnants that can only be destroyed with Wyatt’s peacemaker. She has a cast of supportive characters including a town that hates her, a boss that keeps his own secrets, a sister that doesn’t want to live in Wynonna’s shadow and a possible love interest that also happens to be Wyatt’s best friend from the 1800s.

Which version did I enjoy best? Drum roll please…. the Television Show!

In the comic book series, readers are thrown into Wynonna’s world when she is already an experienced agent, jaded and bitter, but driven to battle with evil creatures. In the television series, viewers get to experience Wynonna’s origins and watch her develop into the person that is shown on the first page of the comic book. Knowing Wynonna’s backstory made all the difference but the show won my vote for two other reasons:

Wynonna and Henry’s Connection: In the comic book, Wynonna’s boss, Dolls, served as the middle man between them and gives them separate direction. In the movie, Henry’s arrival is a direct result from Wynonna’s action. He was released from a supernatural prison when she retrieved the peacemaker at the bottom of a well. Since he was Wyatt’s best friend, he felt compelled to work out his unresolved issues with Wyatt’s family. This developed into a close relationship that could be more if their lives weren’t always in danger. Dolls is a third wheel who competes for her time and possibly her affection.

Adding Wynonna’s Family: Besides the major change with their interpersonal relationships, there are major cast changes. In the comic book, the US Marshals Black Badge division (called something else in the comics) is the main focus so Dolls is a major player as well as Wynonna’s partner, the mysterious and powerful Valdez. The television show focuses on family by keeping the attention on Wynonna and her sister Waverly in their hometown. I hope that Waverly eventually showed up in the comic series as much as I can’t wait for Valdez to come wreck havoc on the TV screen.

The television show is fun and campy with many strong female characters. The next time you want to binge watch a show on Netflix, I highly suggest Wynonna Earp.

August’s discussion is inspired by my Book Club’s last selection. There is a major Stephanie Meyers fan in our group and since it was her turn to select a book and we already read Twilight, she selected her 2008 novel called the Host. It’s a lengthy book and many people have summer plans. When presented with the thought of reading 620 pages or listening to 20 audio CDs versus watching a 2 hour movie, there were many people in the group who openly threatened to cheat by just watching the movie. I took it as a challenge to do both. We will find out next month what happened.