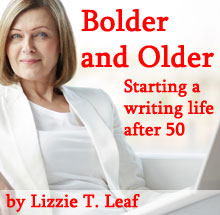 This month, Carol A. Browne joins us. Carol writes poetry, as well as fiction. In addition, she also worked with a concentration survivor in the memoir, Being Krystyna. This is a heart wrenching story of survival during the Nazi’s reign of terror.

Carol, when did you first start writing, and at what age did your first book publish?

Hi, Lizzie, thanks for inviting me for the interview. I remember writing a poem when I was about six years old. A teacher liked it and put it on the wall for everyone to see and it made me realize this was something I could do. I’ve been messing around with words ever since.

I wrote my fantasy novel when I was twenty-two but didn’t find a publisher for it until I was fifty-eight. That would be in 2013. I had already self-published the book and it was quite a flop so to get a real publisher at long last was wonderful. Sadly, in 2015 they folded and it took me another ten months to find a new one: my current publisher Burning Willow Press.

Do you write fiction, non-fiction or some of both?

I was always exclusively a fiction writer, my favorite genre being speculative fiction. When I took on the task of writing a non-fiction book in 2012, however, I found it a rewarding experience and would love to write more of the same, given a subject that interests me.

Being Krystyna, a survival story, is the true story of a woman who survived the Nazis.

How did you become involved with the project?

I met Krystyna’s son in a Polish restaurant in 2011. We had been invited there separately by friends. He talked about wanting to have his mother’s life story recorded in a book and I said that, although I was a writer, I had never written non-fiction and doubted I would be any good at it, but I’d try to find someone who would take it on. I couldn’t find anyone, so after a while I said I would have a go at it. Fortunately, I came up with an idea for the structure of the book and that helped me a great deal.

Did writing this affect you emotionally?

I researched the period and read innumerable personal accounts from women who had been in the camps, especially Ravensbrück. We all think we know the terrible things that went on there, but we really don’t. The horror is far worse than I had expected. It made me sad and angry that humans could treat their fellow beings like that. And when you meet someone who has lived through it—and I did meet Krystyna—it has an even greater impact on you. It becomes more personal and even more horrible. There was one photograph in particular that affected me the most. It was an old black and white photo of Krystyna’s sister and her little girl playing in the snow in Warsaw. They had no idea what was going to happen to them or their country in the near future and they were both to be killed in Majdanek concentration camp. The little girl was only five years old.  Such cruel and senseless deaths. I felt it placed a great responsibility on me when I wrote the story. I was dealing with the lives of real people and, moreover, people who couldn’t speak for themselves.

Did this book inspire you to write more non-fiction books, or to explore other genres?

I would love to write non-fiction again. I have a few ideas. I found I liked the structure of the novella too and after Being Krystyna I wrote a sci-fi novella and a literary fiction one! I also dug an old novel out of a suitcase in the spare room and rewrote it. (I was eighteen when I wrote the first draft. It was awful. AWFUL! It’s now not a bad attempt at a paranormal mystery. Perhaps I’ll work my way through all the genres, if I live long enough!)

Are you a full-time writer, or do you have a day job?

I have several day jobs, unfortunately. I am a proofreader, a cleaner, and a pot washer in a local pub! Keeping a roof over my head has been an ongoing battle for some years and I think I’m only doing it so I have a base to work from as a writer!

What is your best advice for anyone over fifty thinking about writing a book?

Be prepared for a great deal of hard work. Once you have written your book, the easy part is over. I had no idea there would be so much rewriting, editing, and proofreading to do to make the manuscript the best it could be. I was also rejected many times and you must learn to deal with that. It’s not a personal attack and you should learn from it and carry on. I’d also suggest you don’t tackle anything too ambitious. That’s where I went wrong initially. I wrote a massive manuscript that was poorly researched and it cost me a great deal of time and energy to put it right.

The one thing that has helped me the most in my writing career has been perseverance. If you feel you have a story that’s worth the telling, don’t ever give up.

Where can readers connect with you?