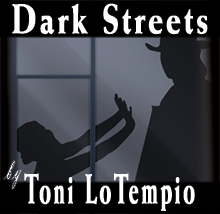 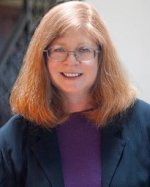 I got together with Linda to ask her a few questions on pet rescue, and writing mysteries.

T:  Tell us a bit about yourself and how you became interested in writing.

L: I’ve always been interested in writing.  As I grew up, I saved ideas for essays for school assignments.  I even started a sci fi epic when I was in my early teens--one I didn’t finish, unfortunately.

I’ve been an L.A. resident for many years, and I’m also a lawyer by background.  I still practice law occasionally but I’m delighted to be able to immerse myself in what I really love to do: write!

T: You are heavily involved in pet rescue, a cause dear to my own heart, meow.   What sparked your involvement in this worthy cause?

L: I came up with the idea of writing the Pet Rescue Mystery series as a spinoff from my first mysteries, the Kendra Ballantyne, Pet-Sitter Mysteries.  My publisher liked the idea as long as all the animals came out of it safe and healthy--which was the only way I’d write!  My pets, Cavalier King Charles Spaniels, had come from breeders, so although I liked the idea of adopting from shelters I didn’t know much about it until I started researching my stories.  I learned a lot about the shelters, the shelter systems, and the wonderful people dedicated to rescuing pets--and I was hooked.  I not only write about pet rescue these days, but I also volunteer at a wonderful local shelter, Pet Orphans of Southern California.

T: Which of (your character)  adventures was the most fun for you to write? Were any of them the least amount of fun?

L: What’s always the most fun for me is the story I’m writing at the moment!  Sometimes I find stories that are a little harder to edit than others, but on the whole they’re all fun.

T: Tell us about your latest Pet Rescue Mystery.

L: TEACUP TURBULENCE is the fifth Pet Rescue Mystery.  It’s themed around a savvy ad campaign featuring teacup pups sporting HotPets Bling—a new line of faux jewelry dog collars—small dog adoptions have skyrocketed across the city. So when animal shelter manager Lauren Vancouver discovers a shelter in the Midwest with more toy dogs than it can handle, she arranges a private plane to swoop in and fly the pups back to LA.

But Lauren didn’t count on rescue worker Teresa Kantrim coming along for the ride. Teresa has cared for the dogs since they were found and doesn’t trust anyone from La-La Land to take over the job. Her biting comments clearly haven’t earned Teresa any new friends, but when she turns up murdered, it’s time for Lauren to dig into Teresa’s past and find out who wanted her put down.  It will be out January 7, 2014.

The Fourth PR mystery, OODLES OF POODLES was themed around the film industry and the “No Animals Were Harmed”® certification, available only from the American Humane Association.  The story involves rescued poodles playing the roles of rescued poodles in a film, and the director, who endangers them, is murdered.  My protagonist Lauren Vancouver has to figure out whodunit since her good friend, veterinarian and TV star Dr. Carlie Stellan is the primary suspect.

T:  Do you have a “how I got my agent” story you’d like to share?  How did you feel when you got the call your first novel had sold?

L: I don’t have a particular “how I got my agent” story, except that I knew the kind of agent I wanted.  As I was leaving that law job because the company had moved far enough away from my home to make the commute difficult and was also downsizing, I decided to try my own hand at becoming an agent.  It didn’t work out well, especially since my former employer kept me busy with part-time law projects and I of course was also writing.  But I knew I didn’t want an agent like myself, and I did want a diligent New York agent who really liked my stuff!

T: What’s a must have for you when you are writing? What aids the creative process?

L: My dogs help, although they love interrupting my writing to give me orders--out, treats, the usual.

T:  Where can readers find out more about you?

L: My website is: www.LindaOJohnston.com.  I’m also on Facebook.  I blog weekly at KillerHobbies.blogspot.com, and I also blog on the 18th of every month at KillerCharacters.com

Toni LoTempio – admin by day, writer by night! In addition to writing the suspense column for Nigh Owl, Toni writes paranormal suspense and mysteries, among them, Raven’s Kiss, MY SUPERHERO SISTER, Raven’s Quest and NO REST FOR THE WICCA available at Amazon.com and B&N.com. Toni’s cat, ROCCO, occasionally lets her on his blog, www.catsbooksmorecats.blogspot.com, which features interviews with authors and giveaways each month. Toni and her blogging cat ROCCO also do work for Nathan Fillion’s charity, KIDS NEED TO READ, (Rocco is its official spokescat!) and Toni is featured in the paranormal anthology, EVERY WITCH WAY BUT WICKED, available at Amazon and Barnes and Noble, whose proceeds benefit the charity!