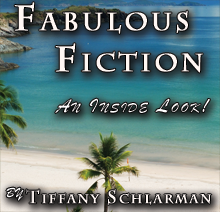 There are many wonderful books ready to release, including holiday novels! What are you excited to read? Join the conversation and let me know what you’re reading or waiting to bury your nose in. You’ll find me on Twitter @cozyreadersnook or Facebook at facebook.com/acozyreaderscorner. You can also follow my reviews at www.acozyreaderscorner.com. I’d love to hear your thoughts on what’s new and hot in books!

Morning Glory takes the reader on an imaginative journey revolving around life on Boat Street, a floating community on Lake Union in Seattle. Boat Street is a community full of artistic spirited residents who for decades protect the dark secret of one night in 1959.

Fleeing an East Coast life marred by tragedy, Ada Santorini takes up residence on houseboat number seven after leaving New York City and its reminders of her life. When she discovers a trunk left behind by Penny Wentworth, a young newlywed who lived on the boat half a century earlier, Ada begins digging into the past. She longs to uncover her predecessor’s fate, but little suspects that Penny’s mysterious past and her own clouded future are destined to converge.

I absolutely love Sarah’s writing. This is her fifth book, since debut, and it is the fifth book that I have read cover to cover, unable to put it down. Though I must admit I was a little worried about how close this story line seemed to Sarah’s first novel, The Violets of March. Both books have strong female leads that flee from their lives in New York City to visit Seattle for an extended stay. Both books also have a mystery from the past and switch between the current day character’s story and the past character’s story. However, to my delight, this book was much different from its predecessor despite its many similarities. Not once did I think about any previous work Ms. Jio had written. The characters in this book take on a life of their own, the residents of Boat Street make the setting come alive and the plot drives the reader to learn more about the characters within.

Morning Glory is a must read for your fall to-read list. You’ll forever hold a little bit of this novel in your heart, just leave room for more. Sarah Jio is not done writing yet!

The Secrets She Carried by Barbara Davis - Debut!

Rarely does an author’s debut novel make me an instant fan, but The Secrets She Carried did exactly this. Barbara Davis weaves an edge-of-your-seat plot line that urges you to keep reading throughout the entire book. I did not want to put this book down. It is the first debut since Sarah Jio’s The Violets of March that made me want to read the entire book, cover to cover.

In this novel, Leslie Nichols finds herself returning to Peak Plantation, which has been in her family for generations. For Leslie, Peak brings back nothing but scarring memories. For this reason, she can’t wait to rid herself of the vast estate left to her by her estranged grandmother, Maggie. But life is never easy and the past always has a way of rearing its ugly head, forcing you to face it head on.

Jay Davenport, the other beneficiary to Peak’s land thought Maggie’s granddaughter would never return. This makes her homecoming a bit of a surprise and annoyance to the caretaker holding secrets to the estates past. When Leslie discovers a cryptically marked grave on the property, Jay finds himself involved in a past he’s not sure he wants the answers to.

As Leslie and Jay uncover the secrets of the past and the mysterious death of Adele Laveau, Leslie comes to terms with her deepest darkest memories while Jay deals with his own misgivings and distrust. Soon Leslie and Jay discover shocking secrets that extend deep into Leslie’s family tree and have the potential to change her life forever.

This novel had me glued to its pages, unwilling to put it down, but at the same time nervous to turn the page. I wasn’t sure if I wanted to know the secrets of the past, yet I had to find them out! It was a gut wrenching, heart breaking yet heartwarming novel that is exquisitely written and has made me an instant fan of Barbara Davis. I can’t wait to read more from this fabulous debut author. Don’t miss her first novel; you’ll want to talk about this one.

For those of you who have been following Fabulous Fiction and reading along with me, you’re bound to know that the third book in Dianne Venetta’s newest series has released! Hotel Ladd is here and readers are introduced to Annie’s story. Of course, all the characters are back, but in this novel, Jillian – the hotel heiress and enemy to Nick Harris – is stirring up trouble and Annie is her targeted prey. Hotel Ladd is a perfect edition to the Ladd Springs series and gives readers a chance to learn more about Annie and her past. Although I wasn’t a fan of Annie in the past, I understood and liked her much better by the end of this novel. If you are a fan of cliff hangers, this novel takes the cake. I was totally thrown at the end, cursing the fact that I have to wait for the next book to find out what will happen next!

If you haven’t started the Ladd Springs series you should! Catch up and be ready for the fourth installment which won’t be too far behind Hotel Ladd, thankfully!

Columnist Tiffany Schlarman: Tiffany is an avid reader, reviewer and marketing specialist. You can connect with her via the following outlets. Website- http://www.acozyreaderscorner.com - Twitter - @cozyreadersnook – Facebook http://www.facebook.com/groups/#!/page