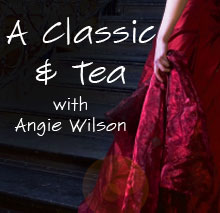 Classic authors were setting readers ablaze long before E.L. James and Sylvia Day were heard of. These books were so scandalous that woman stitched book cover for them and hid them in their reticules while men locked them in the drawer of their escritoires only taking them out when they were alone.

Here is a look at some the classic novels that had readers blushing behind their fans.

The History of Tom Jones, A Foundling by Henry Fielding (Published in 1746) this is the tale of Tom Jones, a foundling brought up by a member of the landed gentry, who is in love with the seemingly unattainable Sophia Western, daughter of a local squire.  It was the inclusion of prostitution and promiscuity that had reader’s faces turning red.

The book was judged to be so scandalous in its day that people believed the earthquakes that happened shortly after its publication were a punishment from God for its existence.  Author, Samuel Johnson, once wrote to a friend who quoted from Tom Jones, "I am shocked to hear you quote from so vicious a book . . . I scarcely know a more corrupt work."

Due to the obscene nature of this book the author and the publisher was arrested in November 1749 for “corrupting the King's subjects.”   In the 19th century, this novel was considered so risqué that it was sold ‘underground’.  Still to this day, ‘Fanny Hill’ is one of those novels most prefer to order online and read in secret.

Madame Bovary by Gustave Flaubert (Published in 1856)—The story focus’s on a doctor’s wife, Emma, and her extramarital affairs.

While the book is mild for today’s time, in the late 1800’s this book was considered ‘an affront to public morals’. The thought of a protagonist being an adulteress was shocking, even more shocking was the fact the author made his thoughts on marriage, love, and sexuality quite clear in the book.  Shocking it might have been, but it also sparked the curiosity of women everywhere and worried husbands that their wives might follow Madame Bovary’s example.

While that was just a hint of how scandalous classic novels can be, here is a short listing of a few of my favorite classics that were once thought of as scandalous.

Jane Eyre Laid Bare by Eve Sinclair: Taking a novel that already simmered with sexual tension, Eve Sinclair expounds on what would have happened if Jane Eyre been a bit more curious and Mr. Rochester a bit more demanding.

Columnist: Angie Wilson is an avid reader, reviewer, and traveler with a slight addiction to all things vintage. She can be found blogging her life away at Classics and Croissants.