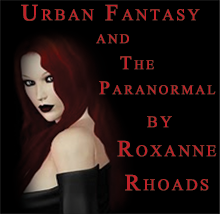 March…spring is right around the corner. Winter makes for cozy reading but I’m so tired of cold and snow I am ready for Spring. What about you?

Top new releases on my must have list this month include: Lover At Last (Black Dagger Brotherhood, Book 11) by J.R. Ward and Twice Tempted ( A Night Prince Novel, Book 2) by Jeaniene Frost.

A few of this month’s hottest new releases are touring with Bewitching Book Tours: Redemption (Seven Signs, Book 2) by Erica Hayes, The Chosen (Legend Chronicles, Book 3) by Theresa Meyers, Pooka in My Pantry (A Monster Haven Story, Book 2) by R.L. Naquin, and What's a Witch to Do? (A Midnight Magic Mystery) by Jennifer Harlow. Visit stops along the tours and enter to win Amazon Gifts, A Kindle, and free books.

We’ll start with Theresa Meyers. I adore The Legend Chronicle, this sexy series which is a blend of paranormal romance and steampunk- with hot cowboy brothers whose names are Colt, Winchester, and Remington.

RR: Welcome Theresa, tell us the basics about your newest release.

TM: The Chosen is a paranormal steampunk romance

RR: Can you describe your main character, Remington, in 3 words?

TM: China McGee is more than just a beautiful shape-shifting thief out to steal the most important relic of all time; she’s also the daughter of Remington Jackson’s archdemon nemesis, Rathe.

TM: Middle Jackson brother Remington, is unlike either of his brothers because while he’s an attorney by day and a Hunter of Darkin when it suits him, he’s not about to get trapped in a relationship that could tie him up in more ways than one.

RR: What kind of paranormals or paranormal elements are in your book?

TM: The great thing about paranormal steampunk romance is that you can introduce so many paranormal elements. There’s not just the more garden variety paranormal creatures like vampires, shape-shifters, demons and succubi, but also Aztec bone warriors, massive black jaguars, viperanox, hellhounds, phoenix and a host of darkin ready for the showdown of the ages with the Jackson brothers. I get to also incorporate the steampunk elements of mechanical monsters, airships, submarines and pirates, as well as fun technology with a steam-technology bend to it like Blaster powered by a tesla coil or a spider walker.

TM: At one point, the only way China and Remington can escape the Aztec temple they’ve become trapped in is to waltz their way through the hall of blades, using their timing to escape being sliced to ribbons.

TM: For me this was one of the hardest books in the series to write because I was working not only with the dynamic between China and Remington, but also between China’s old lover, Colt, and between Colt and his brother Remington. Relationship triangles are a lot harder than they look!

RR: And last but not least, where can a reader purchase your book?

TM: Just about anywhere! There are a lot of links on my website to Amazon, Barnes & Noble, Kobo, and even independent book stores that are stocking it.

Thank you Theresa, I’m really looking forward to reading the third book in this steamy series.

RR: Welcome Susannah, what’s the name of your newest release and genre/category it falls into?

SS: Omega—paranormal romance thriller (yeah, I kind of made that genre up)

RR: Can you describe your main character in 3 words?

SS: Randa is an insecure Army tactician-turned-vampire who finds the chance to prove herself in the middle of a vampire civil war.

SS: Will can only heal the damage from his brutal past by finally letting someone break through all the walls he’s built around himself—and by facing his sociopathic father.

SS: A critical scene for Will and Randa occurs when the underground bunker their people have been hiding in collapses and they’re literally joined at the hip—beneath a mountain of rubble. In order to survive, they’re forced to reveal more of themselves than they’ve been willing to up to that point.

SS: It’s a different take on vampires, with human blood having been turned poisonous to them because of a vaccine. The vamps are starving and desperate, and much of this book is set underground because it isn’t safe to go topside.

RR: And last but not least, where can a reader purchase your book?

SS: In ebook it’s available for Kindle (and is currently $3.99); in print and audio, at Amazon, Barnes & Noble, BAM, and Book Depository.

Thank you Susannah. I always love reading new takes on vampires and this sounds like a fabulous must read.

RR: Our final author interview in this issue is Danica Winters, welcome to Night Owl Danica. Let’s start with the name of your newest release and genre/category it falls into.

DW: The Nymph’s Labyrinth is a Paranormal Romance

RR: Can you describe your main character in 3 words?

DW: Ariadne is a woman weighed down by the mistakes and ill-advised relationships in her past, but when secrets are revealed she realizes that not is all that it seems…

DW: Beau, an American Archeologist, has always put his work and desire for fame above all else, but has he gone too far in trying to locate the mythological-famous Labyrinth?

RR: What kind of paranormals or paranormal elements are in your book?

DW: I love Paranormal Romance and all that it has to offer. In this book there are Shape-shifters, Witches, Ghosts, Elf, minotaur, goddess, and nymphs (this book concentrates on the Epione Sisterhood—the “Vatican” like organization that rules all types of nymphs).

DW: I love the beginning. As the book opens, Ariadne is forced to bury a body in the middle of Beau’s archeological dig. When he unexpected visits the site, she is forced to make a choice to let him live or to use her nymph-shifter powers to alleviate the problem that he poses for her and all nymphs.

DW: I am a trained archeologist and lover of Greek Mythology. Using my two greatest loves I weaved a story that will keep readers at the edges of their seats. You will keep saying “Just one more chapter…”

DW: I would classify this book as hot—I don’t believe in closed doors J

RR: Where can a reader purchase your book?

DW: This book is currently available as an e-book, but will be coming out in Paperback later this year.

RR: What about your next projects?

DW: This book is the first in The Nymph Series and the second book, Montana Mustangs will be published May 6, 2013!

For the readers, Thank you so much for your support. You help to keep me writing! Happy Reading!

RR: Thanks for joining us Danica.

And thank you to Theresa and Susannah as well for participating in this month’s SQAI’s.