The Story - Behind - The Story

How the novel “Veil of Deception” was born

The origin of a novel and the history behind how it came to life can often be of interest to a reader. This is especially true when a story evolves from the imagination of two minds. Toss in the creative juices generated by the muse of both a man and woman, and one begins to wonder how the novel ever survived, right? Such is the case with the new release, VEIL OF DECEPTION by Michael Davis and Candace Morehouse. The novel is a romantic suspense that examines the premise, “Sometimes truth cuts deeper than a lie.” The story is the result of a collaborative effort between two established authors, one writing in the suspense genre, the other in romance. The shared goal of this joint endeavor was to provide realism in the portrayal of relationships and the role gender plays in the struggle between men and women.

How did the project come about? Well, have you ever read a novel where something wasn’t right? Maybe a voice in the background whispered, “Is this realistic?” As a woman you might have asked, “would I react like that?” or “No man I know would do that?” If so, then we share an observation common to many stories in that the internal dialogue and character interactions are somewhat out of kilter with the behavior of one gender. But how can that be? Don’t all authors strive to create scenes and vignettes that draw the reader in through their realistic depiction of how characters behave? Of course they do. The problem is not a lack of desire to capture life; rather it is the very nature of communication between men and women. News alert – we think and act and communicate differently, not better or worse, just differently.

Now I don’t wish to mislead. My stories have received a variety of top reviews and five star ratings, but in their praise, I was never offered certain key words that should be noted in any story with romance at its core. Oh, I would hear, “I couldn’t put the book down” or “I was moved to tears” or even “how refreshing to read romance from the male perspective”, and I’m not complaining, I felt great, encouraged to go back into my dungeon and again pick up the keyboard. Yet, I often wondered if my depiction of the female thought process was realistic. The reviews related to the diversity and strength of my heroines, but I never heard, “The author captured the female perspective perfectly.” I began to ponder in the late hours tucked away in my writer’s tomb, “Would a woman react in the manner I’m reflecting for this character?” My problem was, how the hell would I know. I’m a man, always have been, always will. I’ve tried over the past forty years of adult life to understand women, but I’ve only scratched the surface. Like many of my gender, we adore our mates, our lovers, our female friends, but we walk around in a daze confused and mumbling, “What just happened?”, or “Why did she react that way.” Then, about 18 months ago, I was offered a glimmer of hope.

An author friend asked if I would read a passage from a novel she was scripting and share my views. I’ve never been one capable of refusing a lady so I reluctantly agreed. Once I completed the chapter, I became concerned about offering my observations. The writing was excellent, the theme interesting, yet the way her male character was depicted, how he behaved, what he was thinking; it missed the boat. Then I had an epiphany. Just as I was struggling to create realistic female characters, she was suffering from the same complications, only from the other side of the road. Being a “find a solution” male, an idea floated into my head; what if a male and female author combined their respective talents? Wouldn’t the merging offer stories with true reflection of the male and female POV?

I cautiously suggested my observation to Candace and was surprised to learn she too had pondered the same dilemma in writing stories with a romantic core. We agreed to collaborate on a new novel I had been toying with for a year. When she read the story premise and outline, she became absorbed in the idea and our experiment began. Was it successful? Early reviews of VEIL OF DECEPTION have praised the novels ability to draw the reader into the story and make them fall in love with the characters. Was the creative process easy? There were natural rough spots but after some thought to the difficulty of two charged minds working together in the arena of amore, we were able to evolve a process that fostered our creativity while recognizing our individual voices. Was it fun? Yes, it was. Each of us would wait anxiously to see how our partner would respond to a chapter we’d written, and then laugh till we cried. Yeah, it was a blast. So much so that we’re concluding a new joint endeavor entitled, WHISPERS OF INNOCENCE. We’ve also jointly observed how our appreciation of the opposite gender’s perspective has expanded and flowed into our individual projects. You can check out excerpts and reviews at our website. Here’s a quick blurb to wet your appetite:

Something suspicious is happening at Spenser Lake. People are disappearing and their bodies never found. The fear and uncertainty affect the tranquil community, but especially Kurt Hawkins. The guilt that he was responsible for his wife’s loss precludes any normalcy in his life until he meets Danielle Gillette, a reclusive author with skeletons of her own. When the mystery to the disappearances is revealed, they discover “sometimes truth cuts deeper than a lie.”

After reading a draft of one my first novels, a friend asked, “Where do you get the ideas for what you write?” The best answer I could come up with was, “Life.” The same is probably true for many that try to create stories, they draw from what they know, what they remember from the highs and lows of life. In my case, so many memories began with the care and mentoring of the southern women in my youth. The courage and compassion of aunts and cousins that raised me formed my take on the world, and my view of the role relationships play to our very existence. Even with the demeaning image of romance in the media, the unique bond between a man and woman is what saves us from the loneliness, and gives us the energy to endure the sad times. Sounds hokey for a big guy to be a romantic doesn’t it, but its what I believe, and that philosophy flows into every thing I write. 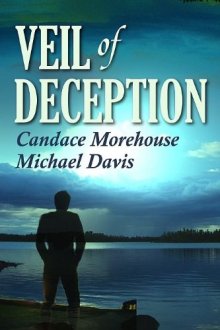