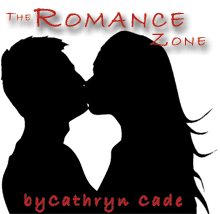 Heating it Up with Summer Heroes - The Romance Zone

Welcome to June. The month of waiting … waiting …

Is summer ever gonna get here? Sheesh, it’s 58 cloudy degrees in the lake country of North Idaho. I may live in a lake resort community, with a new boat in the garage that we can’t wait to get out on the water, but our lakes are not looking real attractive today. I’ll be looking for my heat indoors today. How about you?

Here are some hot, hot heroes to warm you up, wherever you are, reader.

New Zealand may be a cool, cloudy place not unlike our Pacific Northwest, but they have rugby players! Need I say more? Temperatures rising!

Just Not Mine (Escape to New Zealand #6) by Rosalind James. Contemporary sports romance.

Destiny can sneak up on you. Or it can smack you in the face.

Hugh Latimer's coping with a few problems just now.  A broken hand, missing the European rugby tour ... and a half-brother and sister who are playing havoc with his love life. Instead of packing down in the scrum, he's driving the carpool to ballet--or forgetting it's his turn. When he hears his neighbor wailing out bad pop in the wee hours, it's the last straw.

Maori native Josie Pae Ata is a fortunate woman. A new house, good friends, a gorgeous boyfriend--oh, and stardom, too—on the NZed soaps. Getting involved with her new neighbors would bring risks she doesn't need. But life has a way of changing the rules. And when you get more than you can handle, sometimes all you can do is hang on for the ride.

1920’s San Francisco, anyone? Bootleggers, flappers, mansions and Packards? Sprinkle a few vengeful Asian ghosts and ancient Egyptian spirits in the mix and you have …

Bk 1, Bitter Spirits It’s the roaring twenties, and San Francisco is a hotbed of illegal boozing, raw lust, and black magic. The fog-covered Bay Area can be an intoxicating scene, particularly when you specialize in spirits…

Aida Palmer performs a spirit medium show onstage at Chinatown’s illustrious Gris-Gris speakeasy. However, her ability to summon (and expel) the dead is more than just an act.

Winter Magnusson is a notorious bootlegger who’s more comfortable with guns than ghosts—unfortunately for him, he’s the recent target of a malevolent hex that renders him a magnet for hauntings. After Aida’s supernatural assistance is enlisted to banish the ghosts, her spirit-chilled aura heats up as the charming bootlegger casts a different sort of spell on her...

On the hunt for the curse-worker responsible for the hex, Aida and Winter become drunk on passion. And the closer they become, the more they realize they have ghosts of their own to exorcise…

Bk 2, Grim Shadows It’s the Roaring Twenties in foggy San Francisco. Prohibition is on, inhibitions are low, and dark magic is rolling into town…

Archaeologist Lowe Magnusson is packing something everyone wants. The djed amulet, a priceless Egyptian artifact, will fetch Lowe a hefty paycheck from one of San Francisco’s wealthiest. But when the handsome Swede runs into his patron’s uptight daughter, what he once considered easy money becomes maddeningly complicated…

Cursed with deadly spirits as her constant companions, curator Hadley Bacall must keep calm to hold her dangerous specters at bay and prevent them from lashing out at anything—or anyone. Trouble is, Lowe is driving her crazy, but her father needs the artifact he’s transporting. While Hadley can feel the amulet’s power, she can’t fathom the destruction—or the desire—it’s about to stir up.

Every once in a while, you meet a romance hero who is not only dead sexy, he’s also funny! LMAO & ROFL funny, girlfriend. Meet Mal … you’ll never think of sexy talk the same, I guarantee.

Mal Ericson, drummer for the world famous rock band Stage Dive, needs to clean up his image fast—at least for a little while. Having a good girl on his arm should do the job just fine. Mal doesn’t plan on this temporary fix becoming permanent, but he didn’t count on finding the one right girl.

Anne Rollins never thought she’d ever meet the rock god who plastered her teenage bedroom walls—especially not under these circumstances. Anne has money problems. Big ones. But being paid to play the pretend girlfriend to a wild life-of-the-party drummer couldn’t end well. No matter how hot he is. Or could it?

Now. Every once in a while you read a book that you’re not sure you like, but that you can’t stop reading. It’s too riveting, too packed with passion, anger and broken dreams. This debut author takes us out on the edge with an unapologetic heroine who has been abused, both by others and her own destructive choices. Can she find her way back?

Hate to Love You by Elise Alden. Contemporary NA romance.

Shaking hands with upper-crusty James was like downing a triple shot of vodka. Dizzy with desire, confused by my body's reaction, and shocked by the possessiveness flashing in his eyes, I deceived him that night and told the world at their wedding reception.

The truth? I slept with my sister's fiancé. Hot and sweaty, all night long in a room so dark he couldn't tell I wasn't her.

The lie? Said fiancé is the father of my child. The one I signed over my rights to just before he was born. That was seven years ago. It's time to come clean.

The New York Times bestselling author of On Dublin Street, Down London Road, and Before Jamaica Lane returns with a story about letting go of the past and learning to trust in the future....

When Hannah Nichols last saw Marco D’Alessandro five long years ago, he broke her heart. The bad boy with a hidden sweet side was the only guy Hannah ever loved—and the only man she’s ever been with. After one intense night of giving in to temptation, Marco took off, leaving Scotland and Hannah behind. Shattered by the consequences of their night together, Hannah has never truly moved on.

Leaving Hannah was the biggest mistake of Marco’s life—something he has deeply regretted for years. So when fate reunites them, he refuses to let her go without a fight. Determined to make her his, Marco pursues Hannah, reminding her of all the reasons they’re meant to be together....

But just when Marco thinks they’re committed to a future together, Hannah makes a discovery that unearths the secret pain she’s been hiding from him—a secret that could tear them apart before they have a real chance to start over again....

And then there’s the loveable nerd who just wants the chance to get started at all.

Bainbridge University sophomore, Emma Rae, embraces her title of perpetually single. All the guys at BU are total players, and if there's one thing Emma hates more than anything, it's a player.

Learn to play the game...

Ryan is tired of being the embarrassment of his frat house. Being a Delta means he should be playing the field, a different girl every night, just like the rest of his frat brothers. But he's the king of nerds, as they constantly remind him, and has never even had a real girlfriend. Hell, he isn't even allowed to live in the Delta house, instead living in a mod behind it.

He begs Emma to turn him into a player. In return he'll bring her to the Delta DASH--the party of the year. As an underclassman, Emma isn't allowed to the DASH without a Delta escort. She quickly agrees, knowing she can turn him into anything, as she's done with so many of the ghosts of boyfriends past.

She updates his image, teaches him how to flirt, how to kiss, and even how to drive a girl wild with his heated touch. She's groomed Ryan into the ultimate player, which is exactly what he wants.

The problem is she turns him into exactly what she wants too and must now decide whether this Project Em's Way is her greatest creation... Or her ultimate downfall.

And what’s hotter than a suited up hockey player, melting all that ice? It’s time to drop the gloves and fight! Support the Fight against cancer that is. This anthology of 8 brand new novellas is hot enough to melt the ice these players skate on.

Seduced by the Game. A sports romance anthology.

Karson King is on the fast track to the pros and Lacey Martin is coming back from a hard fight against cancer and is terrified of him but their love is too much to ignore. Will Karson prove that he will protect her heart at all costs, or will he leave Lacey to pick up the pieces of her life once again?

Cassandra Carr and Cindy Carr HOOKING HANNAH
When Hannah attends an all-star game, she doesn't expect a hockey player of all people to turn her world upside down. Her sister is married to a player and Hannah never wanted that life. But Scott could change everything. For Scott's part, he has to know the woman who stirred his blood with just a look, and once he does, he realizes he wants Hannah to be his forever. Now to convince her...

Jami Davenport CRASHING THE BOARDS (Seattle Sockeyes 1.5)
Professional party crasher, Izzy Maxwell, needs the cooperation of reluctant party guest Cooper Black, the team captain of Seattle’s new hockey team, but Cooper can’t get past his anger over the team’s relocation to Seattle. Can Izzy melt Cooper’s frozen heart or will this party crash along with her fledgling business?

Catherine Gayle TAKING A SHOT (Portland Storm 2.5)
Katie Weber has had a crush on Jamie Babcock for almost two years, since he joined her father’s hockey team, the Portland Storm as an eighteen-year-old rookie. When cancer takes her health, her hair, and even her friends, she can’t bear to go to senior prom…until Jamie intervenes.

Jaymee Jacobs A VALUABLE TRADE
Bryan's life gets turned upside down when he gets traded to the Dallas Comets, and things get even messier when he meets Georgiana, the Director of Team Services. He's got a lot of work to do to prove his worth to his new team, but Georgiana's sure he'll prove to be a valuable trade.

Superstar Cam Evans is fighting to climb out of a slump that`s growing worse with each day of living in denial. Fresh from the minors, Jacobi Neal is hungry for this chance to play back-up for the legendary goalie. Can two men battle each other, their inner demons, and the sizzling attraction building between them?

Bianca Sommerland BLIND PASS (The Dartmouth Cobras 0.5)
Nothing could stop Tim Rowe, the assistant coach of the Dartmouth Cobras, from falling in love with Madeline, but love alone can’t satisfy every need. Sometimes, to reach the goal, you have to take the chance with a . . . Blind Pass.

Nikki Worrell - CAPTAIN, MY CAPTAIN (Prequel to Scorpions Series)
Keith Lambert is the captain of the Flyers—until he’s not. To everyone’s shock, he’s traded to the San Diego Scorpions. As if that’s not bad enough, Phoebe, his girlfriend of two years, decides she doesn’t love him enough to follow.
All alone in a new town, Keith is drawn to Kelly, his take out delivery girl. When she shows up at ice girl tryouts, he’s lost. She’s all he can see. Can he convince her to forget her past and take a chance on him or is he destined to be alone in a new town a little bit longer?