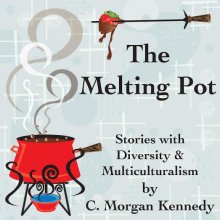 Manga are Japanese comic books with a style and history that dates back to the late 19th century. In Japan, manga is typically published in magazines that contain several serialized stories. If a particular story is popular, it may be consolidated and produced as one graphic novel at the end of its run. In the USA, we traditionally think comics are for children and young adults. However, this mindset is changing and evolving with the introduction of adult themed graphic novels. Though manga is produced for all age ranges, the manga featured in my column is most definitely for older teens and adults.

I only recently discovered that Gail Carriger produced the first three books of her steampunk The Parasol Protectorate series as manga. The illustrations are beautiful and rich with details that fully embody Ms. Carriger’s vampire and werewolf filled world. LGBTQ characters are an integral part of Ms. Carriger’s story, too. There are even a few kisses shared by the heroine and her female gadget guru, in addition to sultry romps with her yummy hero werewolf. I love these stories and the best part is that there are two more novels in the series… unfortunately the last two books haven’t been produced as manga (yet).  In addition, Ms. Carriger continues to produce new works that further explore the world she created for The Parasol Protectorate series. Released in March 2015, The Custard Protocol series features new characters and exciting adventures.

The life of a spinster in Victorian London isn't an easy one on the best of days, but such a life becomes infinitely more complicated when said spinster is "soulless" - a preternatural bridging the gap between the natural and supernatural worlds. Miss Alexia Tarabotti has this unique distinction, and when she is assailed at a formal gathering by a rove vampire, an encounter that results in the death of the half-starved creature, her circumstances become exponentially more complicated indeed! Now caught up in an intrigue with life or death stakes, Alexia must rely on all her talents to outmatch the forces conspiring against her, but it may be the man who has caught her eye - Lord Conall Maccon - and their budding flirtation that truly drives her to her wit's end!

Settling into her new life as the Lady Woolsey, Alexia finds her days quite challenging. Whether it is a regiment of supernatural soldiers camped out on her front lawn or the demands of being the Queen's "muhjah," there never seems to be a want of new hurdles to overcome. But when stories of supernaturals rendered normal by some unknown force begin cropping up, Alexia has a rather serious mystery on her hands. Can she root out the cause of this phenomenon, which smacks of some larger plot at work?

Condemned by society and her werewolf husband due to a pregnancy she cannot explain, Alexia Maccon - preternatural, tea aficionado - seeks an explanation for this "infant inconvenience" so as to cleanse her sullied reputation and prove her fool of a husband wrong. Preternaturals are a rare breed and the only history of their kind lies in Italy with the Templars, a group that once partnered with preternaturals to hunt down werewolves and vampires. Will Alexia find an explanation for her impossible offspring? Or do the Templars have other plans for the curious "Soulless One"?