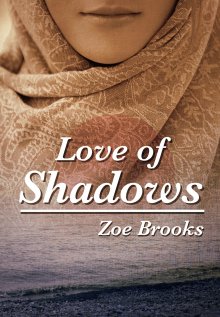 Five Things About the City Pharsis

"I had always felt most alive, when I was healing. Without healing I was a tin top spinning out of kilter soon to catch the ground. It took all my energy to hold myself from skidding into chaos."

But in the city of Pharsis traditional women healers are banned from practising and the penalty for breaking the law is death by hanging. After being arrested and interrogated twice Judith is careful to avoid suspicion, but then scarlet fever breaks over the city like a poisonous wave, leaving in its wake the small corpses of children. What will the young healer do?

Love of Shadows is the second novel in The Healer's Shadow trilogy, which began with Girl in the Glass, and follows the lives of Judith and her Shadow, Sarah. It is a study in grief, love and defiance.

“Peter,” I say. “I don’t think I’ve changed that dressing for a while.”

The rumble is growing to thunder and there are voices.

I pick up a clean dressing and a pot of ointment from the shelves and walk across the room.

Under my breath I say a prayer: “Angels who are blessed, take this darkness from me.”

And the darkness does clear, for a while. The wound is healing, so I apply some ointment to keep it clean and pick up the new dressing.

They are overhead now. There is no escaping the words, the room almost shakes with them: “Burn the witch! Death to the witch!”

My legs fail me and I slip to my knees. I am in the darkest of my nightmares, darkness shot through with flames. “Sarah, they are coming.” 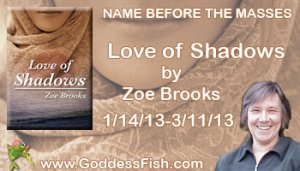 Zoe Brooks is a British writer and poet, who spends half her life in a partly restored old farmhouse in the Czech Republic, where she writes all her novels and poetry. She aims to write popular books, which have complex characters and themes that get under the reader's skin.

Zoe was a successful published poet in her teens and twenties, (featuring in the Grandchildren of Albion anthology). Girl In The Glass - the first novel in a trilogy about the woman and healer Anya was published on Amazon in March 2012, followed by Mother of Wolves and Love of Shadows. In May 2012 she published her long poem for voices Fool's Paradise as an ebook on Amazon.