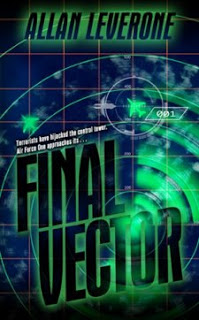 You Say You Want a Revolution?

Enter to win an eCopy of Final Vector

Just comment on the post below and leave the first bit of your email address. You do need to be a NOR Newsletter / Fan Club subscriber to enter. Ends 2/12/2011

You Say You Want a Revolution? by Allan Leverone

It’s not often people can say they lived through a revolution, but that’s exactly what you are witnessing at this very moment, at least if you’re a writer or a reader.

The publishing industry has remained largely unchanged since Johannes Gutenberg stood the world on its head with his invention of the movable-type printing press. That was more than five hundred years ago, setting the stage for a system where publishers determined what was worth reading by virtue of the fact that they owned the expensive equipment and you did not.

Think about that for a second, because it’s pretty hard to fathom. Since 1439, roughly the year of Gutenberg’s invention, transportation has evolved from walking (unless you were wealthy enough to own a horse), to horse and carriage, to automobile, to airplane to spaceship. Book production has evolved not at all.

Until the last few years.

First came self-publishing of books and print magazines, offering an opportunity for anyone, anywhere to tell her story, a big step forward for writers everywhere but sometimes a questionable one in terms of product quality. If two books were placed side by side, it was often painfully obvious which one was produced by Penguin and which one was produced by one of the dozens of self-publishing outfits that sprang up over several years like dandelions in the spring.

Then came e-publishing, and the revolution was on. Your Kindle or Nook or other ereader does not care whether the book you’re reading was produced by Random House or by the author inside his own house. The two products look exactly the same on the screen, provided the author has taken his time to accomplish the proper formatting.

It’s revolutionary, and I can testify personally to how quickly the changes are coming. I signed my contract with Medallion Press back in December, 2009 for publication of my debut thriller, Final Vector, to be released in mass-market paperback in February, 2011. To say I was excited would be an understatement.

Until March, 2010, when I received a call from Medallion’s Director of Sales and Marketing, informing me Medallion was removing themselves entirely from the mass-market paperback format due to rising costs and an inability in a declining economy to make a profit in that format. Instead, I was told, they would release Final Vector as an ebook.

For three weeks I debated demanding Medallion return the rights to my book. I mean, really, every author dreams of holding his book in his very own hands for the first time, right? Does anyone dream of that magical moment when they first download their book onto their Kindle? 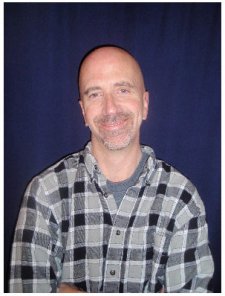 Well, maybe they should, because the ebook market is exploding at an incredible rate, taking off like a rocket ship, while the print market by all estimates remains sluggish at best. After three weeks of indecision last March, I reluctantly decided to leave the rights to Final Vector with Medallion, and boy am I glad I did. Recent estimates are that eleven percent of all books sold are now electronic, and the rate of increase is only expected to rise.

Welcome to the revolution.

Allan Leverone is a three-time Derringer Award Finalist whose short fiction has been featured in Needle: A Magazine of Noir, Shroud Magazine, Twisted Dreams, Mysterical-E and many other venues, both print and online. His debut thriller, titled FINAL VECTOR, is available February 2011 from Medallion Press. For details, please visit www.allanleverone.com or his blog at www.allanleverone.blogspot.com.