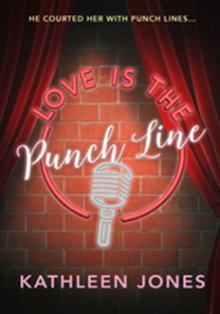 The freelance editor I hired to help polish my manuscript felt that my unconventional novel had little commercial appeal. While I did experience some difficulty in selling my novel to publishers (I did eventually sell it), I’m still glad that I wrote something offbeat. Why on earth would I feel that way?

First, my ignorance of the “rules” of romance fiction lead me to write about characters my own age. Most leading characters in romance novels are under 30, but the characters in my book are over 50. Publishers seem to think that readers are only interested in the young, but a brief online search turned up a sizeable audience of midlife women who want stories about women like themselves.

Once you ignore the “rules” about age, it becomes a lot easier to create characters that are far more realistic than the stock characters in many romance novels. The leading characters in my novel aren’t young, beautiful, or rich . . . like most people! But their relationship is still highly romantic and easy for the average reader to relate to.

Other advantages? Plots tend to be less formulaic and predictable and wind through more interesting twists and turns. Also, an unconventional book is more distinctive and has the potential to stand out in a crowded marketplace of romance novels. Finally, unconventional romance novels are full of surprises, and readers love surprises.

In the end, writing an unconventional romance novel gave me the freedom to express myself, unhindered by “rules” that could limit my imagination. My book may not have the potential to become a bestseller, but writing it has been a deeply satisfying experience. Plus, it’s a fun—albeit unconventional—read!

HE COURTED HER WITH PUNCH LINES.

Middle-aged stand-up comedian Josh Steinberg, formerly the star of his own popular TV series, finds himself struggling to keep his career alive, playing seedier and seedier clubs. Plump, balding, and plain-looking, he has never had much luck with women. That is, until Josh meets Holly Brannigan while performing his stand-up act in a comedy club. Holly, an attractive, intelligent, and divorced 50-year-old businesswoman, becomes instantly smitten with Josh and even finds his unconventional looks wildly sexy.

The lonely and vulnerable Josh soon falls in love with Holly, even though she’s not the statuesque type he usually goes for. But Josh, terrified of being hurt and discarded by yet another woman, hides his true feelings for Holly by making fun of her in his stand-up act. And Holly, taking Josh’s words to heart, starts to wonder if she means anything to him at all.

Kathleen Jones is a former book editor and technical writer. She graduated from the University of Toronto with a degree in English literature and completed Ryerson University’s Certificate in Publishing program. Kathleen writes for a number of popular book blogs, including Romance Junkies and the blogs of Jane Friedman and British novelist Tony Riches. She also contributes monthly book reviews to Goodreads. Kathleen lives in Toronto, Ontario, Canada.

Visit Kathleen online at https://kathleenjones.org/ and on Twitter at https://twitter.com/joneslepidas and sign up for free updates at http://eepurl.com/ceSobT