Paige Tyler is back will an excerpt for book 11 in her SWAT series. Enjoy the excerpt below and enter to win a copy. Enjoy!

SWAT werewolf Diego Martinez has always had a protective side, so when he meets a newly turned teenage werewolf, and the kid's intriguing mother, he readily offers to help Brandon learn what it means to be a werewolf. He also readily falls for for Brandon's mother, Bree, and the attraction is mutual.

But as SWAT's biggest case starts to converge with Bree's family, Diego and Bree find themselves in danger they could never have imagined. It'll take everything they've got to discover the truth and keep each other safe.

WOLF UNTAMED is the 11th book in the Special Wolf Alpha Team Series. In this story, werewolf Officer Diego Miguel Martinez and the SWAT team have been dealing with a city gone mad. People are behaving strangely, committing violent crimes out of the blue without even remembering it. Is it delirium, a new drug supposedly flooding the streets or is it something much more terrifying?

Things have been difficult for Bree Harlow the past few years. Her ex-husband was sent to prison for murder and her teenage son, Brandon, has been struggling with what happened. He’s been acting out and getting into more and more trouble. But when she takes him out for breakfast at their favorite diner, hoping to get him to open up about what’s wrong, the situation takes a drastic turn after someone walks into the place with a gun and takes them and everyone else in hostage. The excerpt below gives you a peek into this pivotal moment and the path it sends our characters careening down. Because while Bree’s son is definitely dealing with some big issues, maybe they’re not the issues she first thought they were.

Bree had no idea if seconds—or hours—passed, but then she heard something so out of place with her surroundings that it immediately snapped her back to reality.

And it was coming from Brandon.

She looked down to find him gazing up at her with vivid-gold eyes, half-inch-long fangs visible over his bottom lip.

Bree had always considered herself to be a strong person. She’d gone through a lot in her life and dealt with it. But she couldn’t ignore the obvious. The accumulated stress of this situation had been too much for her. She was having a mental breakdown. Because there was no way she was seeing what she thought she saw.

Suddenly, the SWAT cop was at her side, pulling Brandon up and talking to him in a slow, calm voice, telling him to relax and breathe, that everything was over and he was going to be okay at the same time he used his big body like a shield, keeping other people in the diner from seeing her son’s face. His voice was the most soothing and calming sound she’d ever heard in her life, and even though he wasn’t talking to her, she found herself breathing in time with his instructions—in through the nose, hold it for five seconds, and out through the mouth.

Bree watched in stunned fascination as the yellow glow slowly receded from her son’s eyes and the fangs disappeared. All at once, his panicked breathing and frantic features relaxed, and she realized it was the first time in months he didn’t seem tense.

There was a commotion behind her, and she glanced over her shoulder to see the other officers—dressed like Diego but with weapons and heavy-looking tactical gear strapped across their chests—quickly moving the rest of the hostages outside, herding them in such a way that they didn’t have time to look at the body on the floor…or Brandon.

It was like they were all working together to keep anyone from seeing what was happening with her son. Like they all somehow knew something unexplainable was going on with him.

“There you go, kid.” The SWAT cop’s deep voice made her turn back around, and she saw him standing there with his hands on Brandon’s shoulders. “Just a few more deep breaths and you’ll be good to go.”

Diego was right. A few seconds later, Brandon was fine, and Bree found herself wondering if everything she’d seen was a figment of her confused mind.

It could have been, right?

She felt a gentle hand on her arm and looked up into the warmest brown eyes she’d ever seen, a little overwhelmed by the concern she saw there. Diego didn’t even know her, and yet he seemed genuinely worried.

“I think we should get out of here,” he said, nodding toward Brandon. “This place is about to be crawling with cops, crime-scene techs, and general-purpose gawkers. I’d rather be somewhere else before they show up. We have a lot to talk about.”

She was about to ask what he meant by that, but then it hit her. Everything she’d seen had been real. Diego had seen it, too. And now he wanted to talk about it. Because that’s what cops did. They dug into stuff until they knew everything.

Bree’s heart began to thump hard all over again as she realized the danger her son might be in now. What if Diego revealed what he’d seen? Brandon would be treated like a monster. From the look on Brandon’s face, he realized the same thing and was on the verge of freaking out.

“Relax,” the cop said softly, looking first at Brandon, then her. “I’m not a threat to your son. I promise.”

Gaze locked with hers, Diego’s eyes flared vivid yellow-gold. The color was only there for a second before it disappeared, but it was impossible to miss. Or mistake it for anything other than what she’d seen in her son’s eyes. The cop looked at Brandon, earning a wide-eyed gasp. Bree had no idea what any of this meant, but it had to be a good sign…right?

“Like I said,” Diego murmured. “We have a lot to talk about.”

Makes you want to run right out and read the book, doesn’t it? Hope so…and once you do…drop me a message and let me know what you think.

This giveaway is now over. The lucky print book winner is: ANNETTE LAKAS 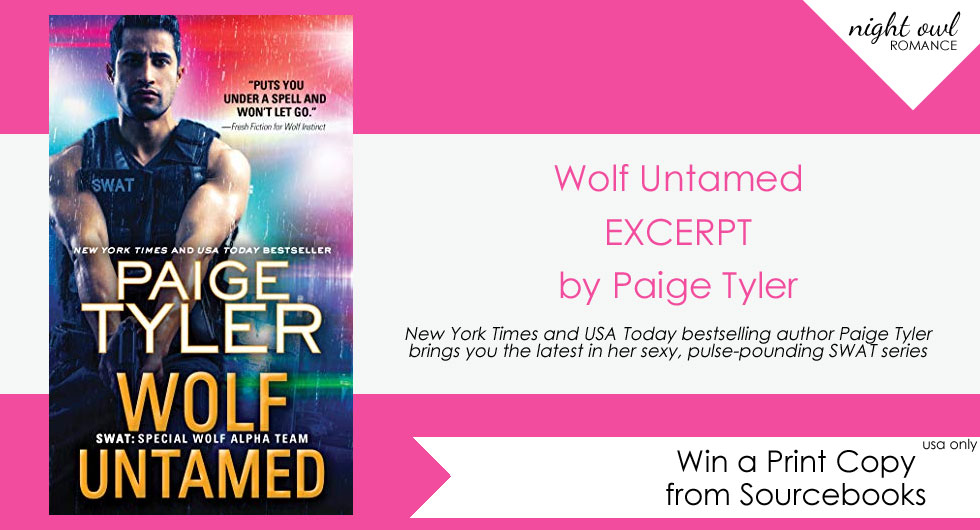