It's time to put on your cowboy hat and boots and read the first in a series.

Clay Stevens desperately wants to reclaim his grandfather's land, using the latest techniques to bring water to the arid landscape. The last thing he needs is wild wolves on his ranch—even if they are brought there by feisty and determined conservation officer Lacey Montgomery. Lacey is convinced the ranchers and the lobos can co-exist, until Clay's nephew and his friends cause a landslide that injures some rare Mexican wolf pups and Lacey gets hurt too. Clay and Lacey have to work together to heal old wounds and reconcile community factions, if they're going to have any chance at the bright future they both envision.

Lacey watched as Clay carefully brought the baby wolf to his shoulder to burp the lobo. He didn’t quite have the technique down, which didn’t surprise her. But his general ease around animals did. Most ranchers knew how to bottle- feed their livestock, but she hadn’t expected Clay’s proficiency.

“Just rub along the pup’s rib cage and belly,” Lacey instructed. “If that doesn’t work, then you can try gentle pats.”

Softly, he gazed at the animal. His chin practically touched the wolf ’s muzzle, and his eyes had turned the same blue- green as the Aegean Sea when it met the white beaches of Greece. Watching Clay’s eyes change was like taking a trip through the world’s oceans, and Lacey found herself drawn along with the current.

She couldn’t think of a sexier image than a muscular man going all gooey-eyed over a tiny pup. The animal’s minuscule pink tongue lolled out as the lobo basked in Clay’s attention. Lacey didn’t blame the little guy. She didn’t even like Clay Stevens, but if he ever looked at her like that, she might very well pant too.

A faint belch emerged from the wolf, and a slow, devastating smile spread over Clay’s face. A peculiar soaring sensation swept through Lacey. Annoyed with herself, she tried to suppress the bubble of elation. She hadn’t acted this silly over a guy since her teenage years, and she couldn’t think of a more inappropriate match.

The wolf pup yawned, his mouth a bright flash of pink against his grayish- brown fur. When fully grown, the lobo would be smaller than the more common gray wolf and sport reddish- brown and black hues in his coat.

“Lay him next to Sylvia.” Lou gestured to the capybara.

Lou nodded. “When not using an incubator, I found putting rice in an old cotton sock and heating it in the microwave worked best, but Sylvia is a natural snuggler.”

Lacey swore the rodent looked up at the compliment and gave them a serene smile. Then again, given the shape of the capybara’s head, she always looked like she was grinning, especially from the side profile.

The pups instantly snuggled against Sylvia’s warmth. They looked so small against the older animal’s reddish- brown fur. One of the lobos emitted a contented sound. He moved his small chin as he sought the most comfortable position. His rounded ears stood out on the sides of his head, almost like a teddy bear’s. They would grow longer and pointier, but now they were as tiny as the rest of the pup.

“You did well, Papa Wolf,” Lacey teased as Clay stared down at the sleeping duo. She reached over to pat his arm. As soon as her fingertips brushed against his bicep, she realized her mistake. The thin cotton of his shirt did little to shield her from his warmth. The heat seemed to turn into electricity as it zipped along her nerves. A shiver threatened, but she suppressed it. She didn’t want either Clay or Lou to witness her reaction.

Clay turned in her direction, his eyes now Mediterranean blue. Oh, she wanted to sink into their depths, but she didn’t dare. She jerked her hand back, and she could sense that Clay felt her withdrawal. He didn’t react to it though. Instead, he gave her an easy grin.

“I’m not sure what I think about the nickname, but it sure beats being the Big Bad Wolf.”

This giveaway is now over. The lucky winner is: Tina R. 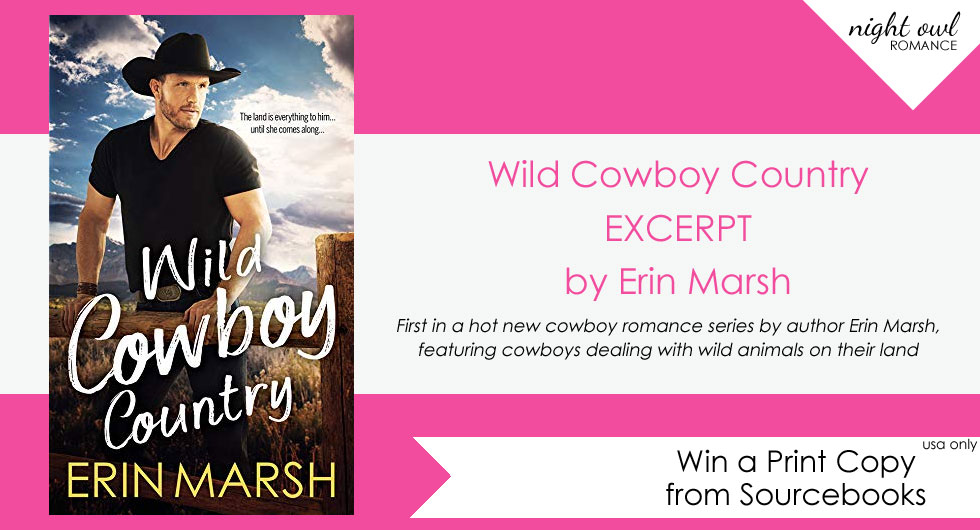