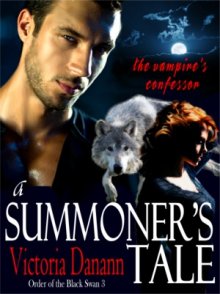 An Interview with Aelsong Hawking

Me: I'd like to introduce Aelsong Hawking, Rammel's younger sister. She is a gifted psychic in her own right who has been recruited by The Order of the Black Swan. First, is it alright if I call you Song?

Me: Thank you. So, Song, what's it like to be Ram's younger sister?

Song: Well, I do no' want to be impolite. 'Tis your interview and I suppose you can ask what you wish, but I was hopin' for a bit more originality from you.

Me: Originality? What do you mean?

Me: I see what you mean.

Song: (sighs) Aye. But you still want to know more about what it was like to grow up in the shadow of bigger-than-life boys.

Song: To begin with, when I was a child, Ram was only home half the time. He was always fightin' with Blood1 or with our da. When he had enough of it, he would run off and live by himself in the forest like a wild thin'. When he was home the things were always lively. Either everybody was upset about the fightin' or upset about some other thin' he'd done. He had no use for rules. I can tell you that! Still does no' really. I was only ten when he went away to "boardin' school". (She gestured with ai quotes.) I thought they had sent him to a sort of correctional facility for juvenile misfits. Of course now we know he signed on with Black Swan. (Her face broke into a big grin.) And we all know how that turned out.

Me: I'd like to hear your thoughts on how that turned out.

Song: I was always proud of him, but bein' invited to his induction into the Hall of Heroes was...well... 'twas somethin' I will no' be forgettin' soon.

Me: So you thought he'd been sent away to a military-type school for bad behavior?

Song: Aye. 'Tis what everybody thought at the time. Well, all but our parents who knew the truth I suppose. Blood was insufferably smug about it. Ram was livin' in a castle in Provence that had once been a stronghold of the Knights Templar. The Order loves to purchase places with histories that are of interest to the Historical Department. Anyway, they renovated and converted it. So far as the locals knew, it was a very exclusive boarding school for boys. So exclusive (she chuckles) you can no' even make application. Admission is by invitation only. As you know. When he would come home for holidays, every girl would suddenly want to be my best friend. 'Twas a pain in Paddy's Ass. I admit he's passin' fair, but he's not that cute.

Me: Actually he is, Song, and you should be grateful because you look just like him. Feminine version.

Song: Well, are you no' the flatterer now? In any case, I have more opportunities to spend time with him now than I did growin' up.

Me: So you get along well with your new sister-in-law?

Me: Is that all you have to say on the subject?

Song: (narrows eyes) Would you be fishin' for somethin' in particular?

Me: I was wondering how you feel about Baka for instance.

Song: Oh. (she laughs) You're hopin' for the dish. I do no' mind tellin' you that Baka is a beautiful man who is also a generous and skillful lover, but he is human, sort of, and no' mate material. He was just a lovely diversion. You know elves do no' discourage pre-mating sexuality the way some humans do.

Me: Alright, enough said. So, how's the new job and what do you think of Edinburgh?

Song: Hmmm. Adjustin'. Never shared a room before. I grew up with a suite of rooms of my own and now I basically live in a walk-in closet with two beds and a roommate. As roommates go, I could have done a lot worse. So far as the work goes, they've no' given me anythin' to do. They just test and test and test endlessly. The only actual work I've done was on the side when Katrina went missin' and Ram asked me to look for her. So far as Edinburgh goes, 'tis more like a prison than anythin' else. I'm no' really free to go out like everyone else because, as Ram says, 'tis Fairyland and no' safe for elves.

Me: But you have met some. Some Fae that is.

Me: Nothing else to say?

Song: You know perfectly well that I promised Elora no' to say a word on the subject.

Me: I was just testing.

Song: Aye. I have a minor role in The Summoner's Tale, but 'tis important. Even crucial you might say. In fact, the entire outcome depends on my ability. Can no' say more without spoilin' the fun of readin' the story. I would like to tell my fans, though, that I have a much bigger part in BOOK FIVE.

Me: You mean if I don't change my mind.

Song: (Gives me a super confident look of superiority.) Do that and you can expect a visit from my big brother.

1. "Blood" is Aelsong's nickname for Aelsblood, her brother, the elf king.

The series, The Order of the Black Swan, is written as a serial meaning that each book begins soon after the previous book ended and continues the story from there. For that reason READING IN ORDER IS HIGHLY RECOMMENDED. You might even say that each book is a chapter in an ongoing tale.

BOOK ONE My Familiar Stranger (download for FREE at Amazon, B&N, Apple, Kobo, and

If you haven't read the first two books in the series, I hope you will do so before you read Book Three, A Summoner's Tale. Black Swan is a serial saga meaning that each book is actually a chapter installment in an ongoing story. READING IN ORDER IS HIGHLY RECOMMENDED. This particular installment expands on characters that were introduced in the first book.

If you read by Kindle, you will find A Summoner's Tale available at Amazon after release. If you another e-reader, you can still get the book in the form of an anthology that will be available in electronic format everywhere. The Order of the Black Swan Collected Tales, Books 1-3. $6.99 for all 330,000 words. This is a dream come true for me because readers will experience the first three books as conceived as one story.

BOOK ONE My Familiar Stranger (download for FREE at Amazon, B&N, Apple, Kobo, and Smashwords.

Join other Black Swan fans. The Order of the Black Swan series group on Goodreads. 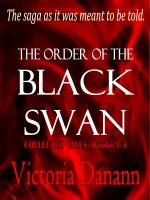 The Summoner's Tale - The Order of the Black Swan #3

The Witch's Dream - The Order of the Black Swan #2

My Familiar Stranger - The Order of the Black Swan, #1 (FREE!)

For the past thirteen years, Victoria has illustrated and authored Seasons of the Witch calendars and planners available from www.7th-House.com.

Though works of fiction are a departure for me, I have had this series simmering on the back burner of my mind for a few years, but time is at a premium. In addition to authoring and illustrating Seasons of the Witch and writing course work for Seasons in Avalon, I play rock music and manage one of Houston's premier R&B bands.

This series will include some of my education in the paranormal and fictionalized anecdotes from my journals during the years when I was a practicing "metaphysician", but most of the material is fantasy.