Mari Carr and Lila Dubois are the dynamic duo behind the bestselling Trinity Masters series about a powerful American secret society, whose members all must agree to an arranged menage marriage. Treachery’s Devotion, releasing November 13, 2017 introduces the Masters’ Admiralty, another secret society, this time based in Europe, with all the intrigue, romance and suspense you’ve come to expect from Mari and Lila.

Mari and Lila are famous for their antics--check out their Trinity Masters Facebook group for daily fun times--and their co-writing style. Here’s a little peek at what it looks like when they write together.

Lila: I know what we should do for the blog post. We’ll start with a question. Here’s the question: “How many books have you written together?”

Mari: This is a lame question so I’m changing it.

Mari: So the new question will be...hmmm…who is your favorite character in all the Trinity Masters or Masters’ Admiralty books? You can only pick ONE, Lila.

Lila: Rose. Rose Hancock is by far my favorite because she is the most complex character I’ve written. She isn’t an easy heroine to love, because she’s made mistakes, and I know there are some people who didn’t like her because of that, but her story is my favorite. BUT… I have an even better question. Which character do you NOT like. I have a list.

Mari: I’m not a fan of Devon. Sorry. Sorry. It’s kind of uptight. And you created him...so there’s that. LOL. As for my favorite...hmmm...okay...forget that question. It’s too hard. I’m going to pick favorite characters who should have been in a trinity, but weren’t (sort of a nod to the travesty of Harry and Hermoine marrying the wrong people). For that, I regret we never put Sebastian and Juliette in a trinity, even though they probably would have killed each other.

Lila: Juliette and Sebastian’s relationship is our relationship. No probably about it--they would have killed each other. Also, Devon is not uptight! I love Devon. As for my least fave, you know who I’m going to say. Elle is THE. WORST. I wonder if we’re traumatizing readers by admitting we don’t love each and every one of our characters.

Mari: Elle was LOVELY. You’re so wrong. So, so wrong. Just for that! I’m referring to Harrison as Harry fulltime now just annoy you.

Lila: Every time you use Harry as a nickname for Harrison God kills a kitten.

Mari: COME BACK! We promised to share an excerpt.

A warrior with everything to prove.

Tristan Knight has served the Admiral of England since he was a teenager. As a knight he has pledged his life to protect the Masters’ Admiralty, and when he’s assigned to escort an archaeologist on a research trip he knows the menial task is punishment for the failure of his last mission.

A woman in a gilded cage.

Sophia Starabba is a brilliant scholar and accomplished law enforcement officer, working for Italy’s cultural heritage protection department. But none of that matters to her family or the other members of the territory of Rome. To them she’s the “Principessa”- daughter of the Admiral.

The man who holds the key.

James Rathmann lives for mysteries. In another life he would have been a detective, but a love for digging in the dirt made him an archaeologist. Now one of the world’s leading experts on coins, and curator at the British Museum, he’s been called to Rome to examine a recent discovery.

An old enemy back from the dead.

They followed the directions of the flight attendant to the small terminal building. Just before they reached the doors, Tristan asked, “The victim—do you know who it was?”

James hadn’t meant it as an insult, but Tristan tensed. “No,” the knight said. “I wasn’t given any information besides your name and the destination.”

James made a humming noise of consideration, then said, “You’re probably here to chaperone.”

“The ladies love me. They probably don’t want an international incident when the principessa falls in love with me.”

Tristan snorted out a laugh and relaxed again. “I’m not a chaperone. I’m your nanny.”

“You academic, art-history types always end up getting yourselves into trouble.”

James laughed. Tristan held open the door and James went through, not bothering to try to fight to be the one who held the door.

“Be careful,” James warned Tristan. “The principessa is an art historian and a cop.”

They were both grinning as they entered the small, tasteful lounge area that served as the check-in gate and waiting area.

A woman rose. She’d been seated with her back to them. As she turned and took a step forward, a ray of that too-gold sunlight fell over her.

The most breathtakingly beautiful woman James had ever seen raised one dark eyebrow as her lips curled into a faint smile. Her hair was black and fell around her heart-shaped face in big, loose waves. Her eyes were a bright, clear gold, lined with dark lashes. Her cheeks weren’t all boney, the way magazines seemed to love—they were sweetly rounded, paired with a small, delicate chin and lush lips.

She had the features of a younger woman, or perhaps it was more accurate to say that her features were those that typified youthful beauty, but she wasn’t a girl—she was a woman, at least thirty. There were smile lines at the corners of her eyes, and a half smile still curved those unbelievable lips. The smile was a knowing expression—not haughty or disdainful, but amused and maybe a little rueful. She wore jeans, sneakers, a black tank top, and a fitted leather jacket with a diagonal zip. The outfit was simple, and not particularly tight, but he could see the outline of her hips, the curve of breasts.

Her English was excellent, but she spoke with a delicious Italian accent. James had heard the expression “sultry voice” before, but hadn’t understood it until now, until Sophia.

Merely cataloguing her features, attire, and voice didn’t do her justice. Or perhaps it would be more accurate to say that a simple description couldn’t capture the essence of her, the expression that lit her face, the way she stood so casually confident. It reminded James of any number of stories where the beautiful princess sneaks out of the castle, and though she wears the clothes of a commoner, they don’t hide her nobility and beauty.

It was no wonder she was known as the princess.

Lila loves to hear from fans! Send an email to author AT liladubois.net or join her newsletter for contests, deleted scenes, articles, and release notifications. 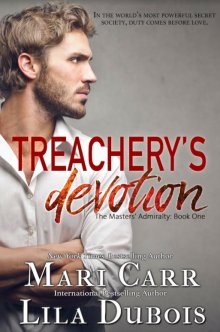