Kara O'Neal's Top 5 "In The Nick of Time" Moments - #TopList

Kara O'Neal has stopped on over to share some fun little tidbits with you.

I am the mother of one level-headed daughter – she’s the oldest – and two creative and adventurous redheaded boys. My daughter doesn’t explore. My boys, well…

Here are the top 5 “In The Nick of Time” moments that are almost funny. Maybe when they’re adults, I’ll laugh?

And he had. He put two plastic BB pellets in his ears that he’d found on the outskirts of the playground at school – one in each ear. They’d been there since May.

I shoot from my chair. I whisk him away. Our food is uneaten. My in-laws and the rest of my family are left behind and we rush to the ER. I’ll spare you the rest of the story to let you know that an ENT got them out with a sucking machine and lots of laughter. So, this isn’t really an “In The Nick Of Time” moment because those things had been in his ears for almost three months, but, well, maybe we all can learn from it. (Side note: His ears are fine. Nothing was damaged. Thank God.)

Sherry Forrester has her life just as she wants it. No attachments. No pressure from her parents to marry. A little bit of money and the freedom to be the lady she desires. When a stranger rolls into town, mysterious and gorgeous, her interest is piqued. Sherry swore she wouldn't give away her heart, but she longs for one night of passion, and the newcomer is perfectly capable of supplying that.

Texas Ranger Luke "Rip" Calhoun is hoping for a few diverting weeks in Pikes Run. Along with promising to help the local sheriff catch a wily garter thief, he looks for challenging card games, good whiskey and a willing woman. When Sherry Forrester catches his eye—who wouldn't want her after stumbling upon her skinny dipping?—he does the hardest thing ever and waits for her to choose him to warm her sheets for a night. And only one night. For Luke made a long-ago vow never to let love ensnare him.

Born and raised in Texas, the state had to be the setting for my first series. From the food to the fun, like floating the rivers, it is the fire in my blood that inspires me. My family and friends take center stage in my books. My sisters and best friends are my heroines, and my husband created my favorite hero. Love and family are the point of my stories, and I seek to entertain, relieve stress, and inspire people. Books can take one on a journey that one can relive over and over. I am extremely grateful to those authors who did that very thing for me. I learned and I fell in love with their words and characters. From the bottom of my heart, thank you. 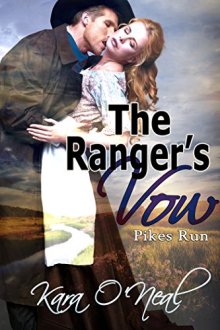