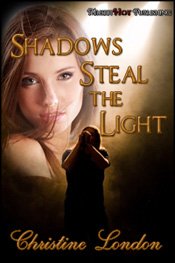 The Secrets Of Internet Dating

Enter to win and eBook copy of Shadows Steal the Light

Just comment on the post below and leave the first bit of your email address. You do need to be a NOR Newsletter / Fan Club subscriber to enter. Ends - 3/4/2011

The Secrets Of Internet Dating

My work in progress involves the use of such online dating sites so I signed onto a few to see what all the hullabaloo is about. Seems many give membership free to women, the men pay. Some are free for both sexes, in some both pay. The common denominator seems to be the freedom and anonymity the Internet allows.

Now I can not speak from the male perspective, though I have asked a number of men about their experiences, but for women I have found men quite forward and often more familiar than most would ever dream of being in ‘real’ life. There is a presumed intimacy that does not as of yet exist. Many assume women are there for a quick sexual hookup or to show up naked on cam. Men tell me they get many scam approaches from girls wanting them to pay for cam peeks so the problem evidently goes both ways.

However--I am equally surprised at the number of men looking (or claiming to look) for their soul mate. Men claiming to want to form serious relationships are numerous.

The vast wasteland is in that place anywhere in between. If you are a woman, that leaves you with either wanting NSA sex or wanting a husband. What ever happened to getting to know the person behind the image? Maybe make a friend. Every relationship with the opposite sex does not have to be sexual/intimate. Yes, men are visual creatures and are attracted to a pretty face. Heck we gals like a man easy on the eyes as well. What about the person behind that profile photo? Most potential dates approach you like a two dimensional photograph.

Messages are filled with cut and paste tales of past betrayals and the desire to have someone 'real'. There is little tit for tat in this realm, most men opening line being nothing deeper than “What up”, “Hey”, or “Add Me”. Does the Internet really lend itself to 'real', though?

Like looking through the phone book, one tires of the vast array of choices, easily succumbing to a catalogue effect. Yet how is a woman or man going to find someone real if he/she is unwilling to even read the profile of the other? One out of a hundred seems to take the time to read even the few sentence introduction left in the 'About Me" section. They ask things that are either clearly stated or disallowed in that section.

And then there are the inevitable scammers. Often originating in third world/African countries, they pose as American men on business overseas. They are most often ‘widowers’ with a child living with a mother or dear granny back home. (Eliciting sympathy) and/or their parents were killed when they were young. They try to ingratiate themselves leading to asking for help with transferring money or outright pleas for cash. You seldom get that at the church social!

Whether ‘real’ or ‘virtual’ dating, the point most important to remember-- each person is an individual that deserves respect. A reply is always proper even if it is to say thanks but no thanks. Sincere interest in the other and attempts to get to know what makes the soul on the other end of the email tick are a great beginning. Laundry lists of what you want are quickly seen as ‘me,me,me’ shallow. Hey, What Up. Add Me or Nudge, Nudge are not great sales pitches when sent solo as first contact. It’s amazing how even words alone can communicate the essence of the person on the other end. I have found that those men who do take time to actually show interest through communication have as individual a personality as any met face to face—all comes through with a turn of phrase or line of questioning. The protection of Internet anonymity can likewise lead to more in depth conversations than may be possible when the other person is a local. Cultural and paradigm differences are not only fascinating, but eye opening.

Meeting in a public locale, if there is to be a first face to face, is a must of course. Safety is more important than ever in this ‘virtual’ world.

At the end of the day it is human nature that does not change. We all want to be approached as a unique individual, not a number or a face.