The Season of the Wolf by Maria Vale

Today I have book four in the Legend of All Wolves series to share. You can read an excerpt for book four and enter to win a copy

In a world of danger and uncertainty, the Alpha has enough to worry about without him...

For Alpha Evie Kitwanasdottir, things are never easy. The Great North Pack has just survived a deadly attack. Evie is determined to do whatever is necessary to keep her Pack safe, especially from the four Shifters who are their prisoners.

Constantine lost his parents and his humanity on the same devastating day. He has been a thoughtless killer ever since. When Constantine is moved to live under Evie's watchful eye, he discovers that taking directions and having a purpose are not the same thing.

Each moment spent together brings new revelations to Constantine, who begins to understand the loneliness of being Alpha. He finds strength and direction in helping Evie, but there is no room for a small love in the Pack, so Constantine must work harder than ever to prove to Evie he is capable of a love big enough for the Great North Pack itself.

Forever Wolves. Having denuded this land at August’s command, he now offers to make it impassable to outsiders while Evie,  keeps the Forever Wolves occupied.

?After a long night, Constantine finds Evie at the sauna…

The Alpha drops the ladle back in the bucket of water and sits down on the lowest of the ranged benches, a towel wrapped tightly around her. It’s unusually modest for pack.

I only then realize that I’ve been standing here a while, letting all the heat out.

“They’re wild,” she says, half question, half statement.

“Glad.” She stares unseeing at the stove. “Will it work?”

“I think so. We’ll know better after a decent rain.”

“Alpha…” I pat my shoulders with the bouquet of birch branches. “There was a little trouble with men who came. I—”

“Crushed their MTVs. I saw.”

“ATVs actually, but yes. The men too. A little.” I take down the branches so that I will have something to look at that isn’t her.

“I doubt they’ll be any trouble. I don’t think there was any lasting damage, and men like that…three against one. They won’t report it. Point of pride.”

She starts to laugh, then draws up short, her face tight. “Still,” she says. “Lawyers.”

Feeling suddenly awkward, I continue my futile swatting with the dry branches.

“Here.” The Alpha holds out her hand, taking them from me. “I’ll show you. Turn around.”

She submerges the branches in the bucket filled with water next to the stove. The first thing I feel is the cool lash of water against my overheated skin, followed by the beat of stems. The caress of leaves. The green embrace of birch.

I drape my arm between my legs, hoping the friction from the rough towel will tame the bulge my exhausted mind could not have imagined a few minutes ago. It doesn’t, though, because she’s touching me. Maybe it’s not skin to skin, but her body is just there. A short branch-length away.

My breath is pained and ragged as if I were actually being beaten, not lightly slapped around with leaves. My mind knows I should tell her to stop, but I’m spinning and my body won’t allow it.

My skin is torn between the two, stretched to splitting like a thumb against an overripe plum.

“No…no more.” I twist around, taking her wrist. “Please.” I hear her breath, the thrumming of her pulse, the slight movement of her arm as she tries to stop the towel that is slipping down. The word echoing around my skull:

“I needed to stop her, the Gray,” she says, as much to herself as to me. “The jump went wrong.”

She doesn’t bother to cover herself now. With her free hand, she curls her arm around the back of her head and smooths her hair back from her cheek. She is so close to me that I can see tiny beads of sweat sparkle in the filigree curls at her hairline and another rip through the deep-brown satin of her cheek. Her tired eyes don’t leave mine, daring me to notice that she is not invulnerable.

All I want to do is gather her to me in this hot and silent place, where no one is calling to her, and touch my lips to those tiny sparkles at her brow and to the cut on her cheek and tell her it’s okay to be vulnerable, but I know that for her, it really isn’t.

“Sleep on the porch. Wolves do it all the time. Not so much when the…”

She wiggles her fingers in the air near her ear.

“Hmm. Not so much when the blackfly are out. The chairs,” she says, “recline.”

“Would you show me? I mean when you’re done.”

“I’m done. I was sitting here because I was…”

Because she was tired but won’t admit it. I open the damper and sit beside her silently while the fire burns hotter and then dies. We close it down and turn out the light.

She stumbles on the way to the porch while I pretend not to notice. I forget the whole point of my flimsy excuse and lower my chair before she does. She gives me a wan smile.

Something barks out a loud, trilling yell.

“What is that?” I ask, stretching out.

After a moment’s hesitation, she lies down on her undamaged side, her head cushioned on her crooked arm.

There are no walls, only screens, and the wind kisses the still-damp hairs at the base of my neck. Wings flap suddenly from above. There is a growl and a scrabble and the soft sound of her breathing that eventually becomes deeper, lulled by the forest stark and grim that breathes in the flutter of wings and breathes out the death of prey, that breathes in the rot of old trees and breathes out the roots of seedlings.

Finally, the bow between her lips opens. Silently, I get up, returning to cover her with two clean towels.

Her mouth contracts to a tiny moue, a leg kicks free.

I reach out and pull a single tight zigzag of hair free from where it has stuck to her lower lip.

Then I let my hand stretch across the narrow divide between us, my palm cradling hers.

The Legend of All Wolves Series:
The Last Wolf (Book 1)
A Wolf Apart (Book 2)
Forever Wolf (Book 3)
Season of the Wolf (Book 4) 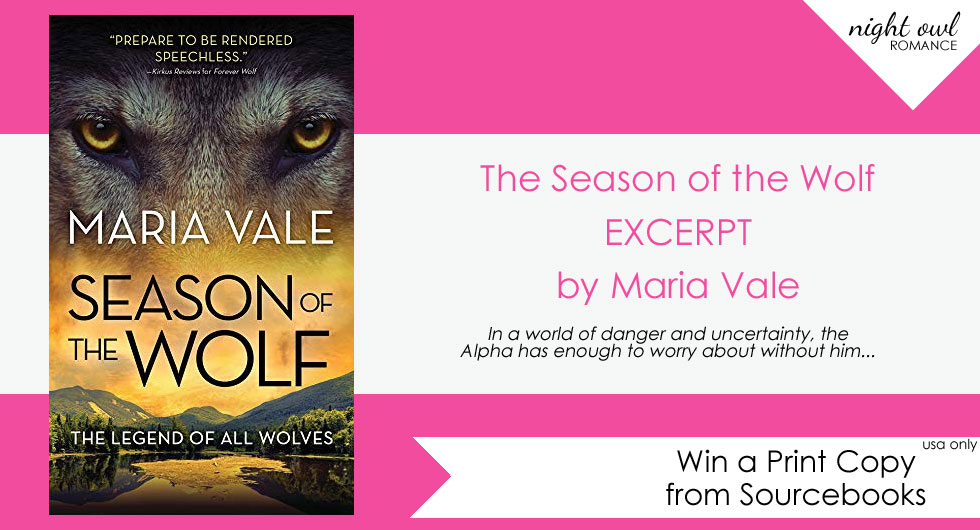