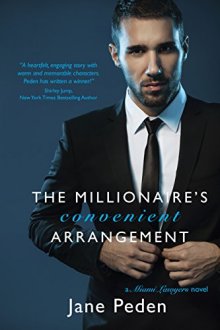 First impressions happen all the time. We have an initial reaction to another person based on their appearance, the sound of their voice, even where they are from or what they do for a living. Sometimes our first impressions are right on target. But other times we realize they couldn’t have been more wrong. I remember meeting a woman at a writers’ conference and taking an instant dislike to her, and not knowing why. Later I realized that she reminded me of a ‘mean girl’ I’d known back in middle school!  She even had the same first name.  But when I actually got to know her, I found out that was where the similarities ended. Turns out my first impressions were completely off base, and we ended up becoming friends.

I have to admit, I’ve been guilty of forming an opinion based on a first impression on more than one occasion.  Just a few weeks ago I realized I’d done it with a TV series.  Confession:  Until a few weeks ago I had never seen a single episode of Gilmore Girls. Why?  Because when it came out I made assumptions about the series based on nothing more than the title.  Hmm, Gilmore Girls, I thought.  That sounds like a show about a group of girls at a women’s college in the 1940’s.  I think I’ll pass.

Obviously that’s not what it’s about, and if I hadn’t seen a trailer for the upcoming A Year in the Life revival of the series, I never would have known how completely off my title-based first impression was.  Now I’m binge watching it on Netflix.

So I have a history of first impressions steering me wrong. With a notable exception.  A few years out of college I met a guy at another conference, and my first impression was wow, this guy is great looking and smart and interesting – I want to get to know him better. But I didn’t get a chance to spend any time with him then.  We met again, about a year later, when a new job took me to Philadelphia, where he lived and worked. We’ve now been married for thirty years. And he’s every bit as great looking and smart and interesting as I thought when I formed that first impression.

In my new release, THE MILLIONAIRE’S CONVENIENT ARRANGEMENT, Maria is instantly attracted to Ritchie when she meets him volunteering at the soup kitchen where she and her younger brother Joey help out.  Maria is raising Joey on her own, and her first impression of Ritchie is that he’s not only an amazingly hot guy, but also a great role model – someone her troubled 13-year-old brother can look up to.  It’s only when she finds out what he does for a living that she starts questioning that first impression.  Ritchie’s a lawyer, and Maria knows all about lawyers.  They lie to you, take your money, make you promises, and let you down.  And they don’t care who gets hurt. At least that’s been her experience.

Ritchie’s first impression of Maria is that she’s doing her best to keep Joey out of trouble, but that she’s taken on more than she can handle. He wants to help, but she’s not looking for help from anyone – and especially not him, once she realizes their past connection.

Her worst enemy is the one man she can’t resist.

Maria Martinez thought it was a dream come true when Ritchie Perez – a sweet and sexy guy she met volunteering at a soup kitchen - took her delinquent little brother Joey under his wing. But her dream becomes a nightmare when she discovers Ritchie is the same man who put her twin brother Tito in prison for 10 years. Now Joey’s in trouble, and Ritchie’s been appointed his temporary guardian. He’ll be moving into Ritchie’s luxurious waterfront Miami home – unless he’d prefer a juvenile detention facility.

And if Maria wants to be with him, she’ll be moving in too.

Now a hugely successful attorney in private practice, Ritchie made his reputation as a tough prosecutor who didn’t make deals with drug dealers and gang members. But that history comes back to haunt him when the woman he’s falling for believes he’s responsible for convicting an innocent man, and destroying her family. Ritchie wants to stop Joey from making the same mistakes his brother did. And he wants Maria in his bed. But as desire heats their blood, will the past reach out and destroy their future?

DIDN'T GET BOOK 1? GET STARTED NOW!

His marriage of inconvenience...

Camilla Winthrop is about to do something she's never done in her life-she's about to ask a man to marry her. Not just any man. She hasn't seen Sam Flanagan in almost five years, after he coldly walked away from a passionate and intense two-week affair. Now Camilla is widowed and desperate...and marrying Sam is the only way she can protect their son.

The son he never knew about.

A hugely successful attorney in Miami, Sam certainly never expected to see the stunning Camilla come through his door again. Nor can he ignore the desire heating his blood. But after she tells him her situation, Sam is furious. He'll marry her, but under his terms. And he'll take everything, including Camilla in his bed...unless she can find a way to thaw the millionaire's icy heart once more.

Jane Peden is a Florida trial attorney who writes sexy contemporary category romances set in the exciting South Florida city of Miami, where millionaire lawyers live extravagant lifestyles and find love when they least expect it. When Jane isn’t in court, you can find her at the beach with her laptop, dreaming up stories about successful, confident men who know what they want and how to get it, and smart, sexy women who demand love on their own terms. Jane’s books promise sizzling chemistry in the face of insurmountable obstacles. And just when things couldn’t get any worse, an emotional payoff that makes it all worthwhile.

Jane grew up in the mountains of western Pennsylvania, but decided early on that the only thing better than escaping the cold for a two-week vacation at the beach was to live there all year around, so she traded her snow boots for a jet ski and has never looked back. Jane lives on the sunny Gulf Coast of Florida with her husband, two kids, two dogs, and a fish.