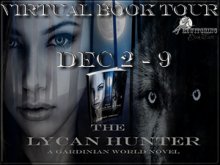 Enter to win One of Two signed printed copies with three complimentary bookmarks per book. Entry and date information below.

Today we are spotlighting a Paranormal Shifter Romance. 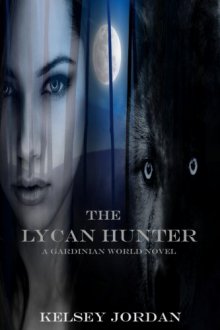 Kyran of the Blue Ridge Pack has spent most of his life searching for an end to the Forever War. Finding a Hunter among their greatly diminished ranks who was willing to forgo their "shoot first" mentality was harder than it seemed. Then fate—or the gods—gifted him with Alexis James, a petite Hunter with a nasty habit for killing his kind and a need for his surgical skills.

Alexis only has two wishes in life: make it through her next assignment, or die a relatively quick death. With a heart hardened by miserable circumstances and painful memories, her view of kindness and common decency was marred by scars of swift retribution. So when the blue-eyed Lycan saw fit to save her life, she wondered: At what cost?

After eight thousand years of war, the end is becoming a reality, but is the possibility of peace worth Kyran's soul and possibly Alexis' life?

Alexis stood outside of the small, weathered hotel room she’d reserved and scanned the horizon. She’d made it to Nowheresville, North Carolina without a single Hunter sighting. Granted, it had taken her three days to make it here, but that had more to do with the ridiculous amount of energy she spent to stay away from heavily populated areas, avoiding the areas that she remembered had past issues with Lycans, and trying to be mindful of her healing stomach.

She sighed and went back inside to stare at the horror movie ugly tropical wallpaper and depressing furniture. All of it needed to be updated. One look at the front desk clerk/owner and Alexis knew that the man’s beaten body wasn’t capable nor did it care for things like twenty first century amenities. There wasn’t a shiny new flat screen mounted on the wall or nice faux marble counter tops in the bathroom. The only TV she had to watch was a turn knob set, that when she checked, only had three channels. The bathroom was a beach-bungalow-don’t. Overall the décor was a clusterfuck of stuff that didn’t make sense. The depressed beach atmosphere was at odds with the fact that the hotel was over a hundred miles away from any beach. Maybe it was to remind the guests of where they really wanted to be.

She collapsed on the well-worn bed and thought of her next move. She needed to turn in her rental and get a new one sometime soon. Over the next few days she would have to make it to New York and eventually she would make her way to Ireland. Flying to Ireland would be both cheaper and faster, but taking a cruise would give her some time to decompress.

Ireland was the perfect place to go. There were very few Lycans there and Hunters never stayed for long durations. Alexis was sure that Ireland was one of the few places that she would be able to relax a little until Kyran pulled together whatever he was trying to do. That was her plan, despite knowing that it was highly unlikely that when the war did come to an end that she would be around to appreciate it.

She was just getting comfortable when there was a knock at her door. She drew her weapon and glanced through the peephole. It was the front desk clerk. She cracked the door as far as the slip chain would allow. It was a flimsy defense, but paranoia and overzealous defenses would keep her alive.

“Hi ma’am, I just wanted to check and make sure you were cool enough. These old AC units don’t work as well as they should sometimes.”

“Well if you need anything feel free to let me know.”

“Thanks, will do. Goodnight.”

She closed the door, slid the deadlock in place, and went over to the backpack Ronan had given her before she left. He had tried to give her his credit card, but she refused. She didn’t need a way for Kyran to track her, but she also carried cash–a hundred grand–on her at all times. That paranoia and knowledge that her parents had been gunning for her death for years made carrying cash a necessity.

Fifteen minutes later, she had finished cleaning, oiling and reloading her guns when another knock sounded at the door. This time the clerk wanted to know if she had enough towels. Ten minutes later she answered it to have him give her info on the local area. Another knock sounded and Alexis rose from the bed and stashed away any hopes that she would get a restful night’s sleep.

“I’m sorry, but I wanted to warn you that the local sheriff just called to say there is a bear wandering around. He is notorious for rummaging near city limits.”

“Well, I don’t know if you are licensed to carry, but just remember to shoot as fast as you are accurate.”

She tried to keep the look of surprise off of her face as he told her some information on the continental breakfast she could get in the morning before he excused himself back to the front office. She closed the door on his latest interruption and began packing up her cleaning supplies. It was time to leave.

There was no way she was staying for breakfast. If it was anything like the décor she might die from ingesting it. There was also the fact that there was something up with the clerk.

No hotel, at least not one this unloved, would allow its clerks to be so overly attentive. It was like he was checking on her. Whoever he was he knew the mantra about how to shoot that Torin had taught her. Was it possible that the old man just happened to know it? Yes, but she wouldn’t take any chances.

Alexis tensed as a soft rustling brought her attention from slipping on her holster. It was possible that it came from the room adjacent to hers, but walls weren’t that thin. Were they? She shook her head because from what she remembered there had only been one other car in the parking lot and it was at the other end of the lot at one of the rooms towards the end. The only logical place the sound could come from would be from the back of the hotel where a tree-lined field was located.

She rolled to the floor as silently as she could, keeping her body below the low lying window. It wouldn’t matter if whoever was outside had infrared, but it was better to assume that they didn’t.

She grabbed her bag and slung the straps over her shoulders just as two shots fired.

The rounds entered low on the wall and buried themselves in Sheetrock next to her.

Like everyone, Kelsey has her share of vices. They typically center around sinful frappes made with Blue Bell Coffee ice cream, late nights hanging out with her demanding muse, spending an embarrassing amount of time reading, and napping.

When she isn't indulging in her love of books, music, late nights with her muse, and delicious, but fattening frappes, she is spending time with her hubby and daughter.