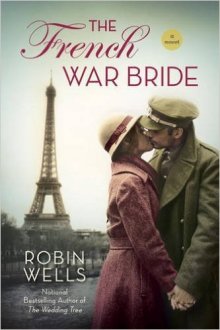 The publisher of this book is giving you all the chance to win a copy!

World War II Paris serves as the backdrop of a story of compassion, betrayal, and forgiveness from the national bestselling author of The Wedding Tree . . .

“I never knew what he saw in you.”

At her assisted living center in Wedding Tree, Louisiana, ninety-three-year-old Amélie O’Connor is in the habit of leaving her door open for friends. One day she receives an unexpected visitor—Kat Thompson, the ex-fiancée of her late husband, Jack.

Kat and Jack were high school sweethearts who planned to marry when Jack returned from France after World War II. But in a cruel twist of fate, their plans were irrevocably derailed when a desperate French girl overheard an American officer’s confession in a Parisian church. . .

Now Kat wants to know the truth behind a story that’s haunted her whole life. Finding out how Amélie stole Jack’s heart will—she thinks—finally bring her peace. As Amélie recalls the dark days of the Nazi occupation of Paris, The French War Bride reveals how history shapes the courses of our lives. . .for better or for worse.

Before becoming a full-time writer, Robin Wells was an advertising and public relations executive, but she always dreamed of writing novels--a dream inspired by a grandmother who told "hot tales" and parents who were both librarians.

When she sold her first novel, her family celebrated at a Chinese restaurant. Robin's fortune cookie read "Romance moves you in a new direction"--and it has. Robin has won the RWA Golden Heart Award, two National Readers' Choice Awards, the Holt Medallion, and CRW's Award of Excellence.

Robin lives just outside Houston with her husband, two daughters and an exceedingly spoiled dog named Winnie The Pooh-dle.

Robin loves to hear from readers and is available to Skype with book clubs, so visit her website at robinwells.com or drop her a note at robin@robinwells.com