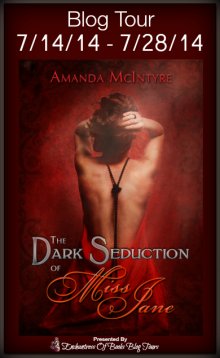 The Dark Seduction of Miss Jane by Amanda McIntyre

A scandalous betrayal sets Jane Goodwin on an unexpected journey to London to pursue her dream of being the first female investigative journalist, but she soon finds herself in a hotbed of murder and controversy. Seduced by the passions of a mysterious lover and stalked by a madman, tensions mount as Jane falls prey to her desires, only to discover a deadly secret that threatens more than just her trust in men.

Inspector Randolph Mansfield is one of Scotland Yard’s elite, battling the dark secrets of his past while trying to solve a rash of grisly murders threatening to mar the queen's jubilee. His respite is the anonymity he finds in the decadence of a private gentleman’s club, until a determined American journalist goes undercover in search of her stalker and he finds the lines between protection and passion blurred. But as tensions heat and her life is threatened, he must choose whether to reveal his true identity at the risk of losing her trust and his career. 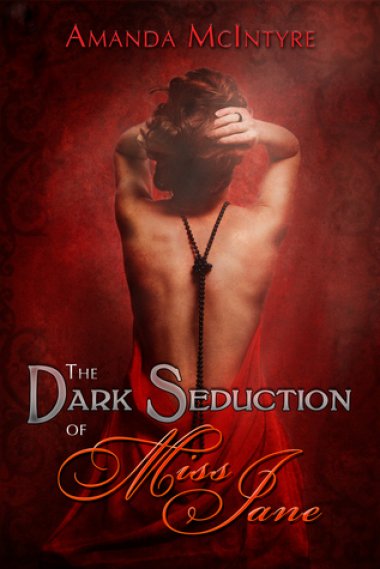 Growing up the daughter of a father who was a distributor for a New York Magazine Publishing firm, Amanda usually had her nose stuck in the latest issue of Vampirella or a Hitchcock Mystery book. An artist first, her penchant for creating started at an early age with crayons and colored pencils and much of what she learned makes her a ‘visual’ writer. Calling herself a renaissance woman, she has worked in the corporate world, written a weekly newspaper column supporting Fine Arts in our schools, loves to travel, do research and perhaps her greatest achievement--raised four kids.

Amanda has been referred to as a "true artist in the writing realm' and her zest for life inspires her "character-driven" stories. Her passion is to take ordinary people and place them in extraordinary situations, delving into the realm of potential and possibility as she watches them become the heroes and heroines of their own stories. She counts herself fortunate to be able to do what she loves, aspires to stay fresh and unique to her voice and listen to her readers. A member of RWA, and a multi-genre hybrid author, her work is published internationally, in audio, in e-book and in print. She currently writes sizzling contemporary and erotic historical romance