I was a huge fan of the paranormal Vampire Diaries TV Show so I am thrilled that actors Paul Wesley, aka Stefan Salvatore, is teaming up with Kevin Williamson again for a new CBS All Access TV series called Tell Me a Story. Their paranormal TV series panel at the 2018 San Diego Comic Con was a must-attend-experience for me and it didn’t disappoint. Supernatural / paranormal TV series lovers are going to be flocking to see this gritty TV series.

Tell me a Story will be a retelling of classic fairy tales with an emphasis on blending Little Red Riding Hood, 3 Little Pigs and Hansel and Gretel during the first season. I’m guessing it will be like the paranormal TV Show Grimm but darker because. There will be less network restrictions when it airs on CBS All Access on October 31st. In fact, Kevin confirmed that he’s excited to be able to write dialogue that is closer to real interactions between people. You get the paranormal show in a very gritty contemporary setting... NYC.

For Vampire Diaries’ fans, Paul Wesley warned the audience that his new character Eddie is no Stefan. He mentioned something about questionable tattoos that highlight his poor life choices and now my mind is imaging the unthinkable. Actually I’m hoping for a unicorn riding a tricycle but my #1 bet is a misspelled word. He also mentioned that he’s looking forward to playing someone in his actual age range versus an immortal paranormal vampire stuck in the body of a 16 year old boy. I look forward to his transition from playing a vampire to one of the three pigs in this paranormal TV show.

My main reason for giving this new paranormal TV show a chance is because I love the retelling of classic fairy tales. I want Cinderella to open her own shoe company. I want the seven dwarfs to start a union. I want the Little Red Riding Hood wolf to be a vegan. The possibilities are endless in this contemporary paranormal TV series. I hope readers and TV paranormal enthusiasts will give Tell Me a Story a viewing. Add it to your calendars. CBS All Access - October 31st, 2018.

If you also like the retelling of fairy tales/childhood favorite stories, here are some of my fantasy paranormal book recommendations:

Cinder (The Lunar Chronicles #1) by Marissa Meyer: This is a futuristic story about a female part robot who is in need of a new robotic foot. Since her evil stepmother will not assist her, she will find a way, along with finding her Prince Charming.

What a Difference a Duke Makes (School for Dukes #1) by Lenora Bell (Historical Romance Books): All of Lenora’s stories twist a popular tale. What a Difference a Duke Makes will be a treat to any Mary Poppins fans because Miss Mari Perkins is just what the Duke’s children need in their lives. This book might help pass the time while we wait for Emily Blunt’s version of Mary Poppins to hit the theaters on December 19th.

A Kiss at Midnight by Eloisa James (Historical Romance Books): If you ask romance readers what is their favorite retelling of fairy tales, most will say Eloisa James’ Fairy Tale series with her take on Cinderella (a Kiss of Midnight), Beauty and the Beast (When Beauty Tamed the Beast) and the Princess and the Pea (The Duke Is Mine).

The Duke is Mine by Delilah Marvelle (Historical Romance Books): Another book by the same title is about to come out on August 17th. The heroine is a cousin of the Grimm Brothers and likes to live her life as a fairytale but a beastly Duke has other plans for her.

My friends shared their favorite stories for your to-be-read pile:

Aspiring romance / young adult author Jessie lives in Oregon and writes to avoid the rain. She only feels compelled to kill her characters when she starts a new diet and if she hates the ending of a TV episode. Sometimes she’ll rewrite it to give everyone a happily ever after. Currently Jessie is an unpublished author but she works tirelessly to removed two letters – un – from that word. You can find Jessie blogging about romance books, comic con, movies and tv shows. 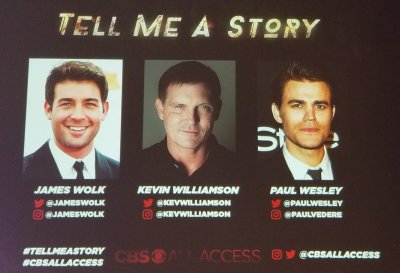