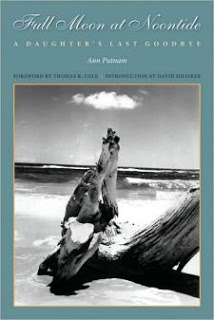 THE FIGURE IN THE CARPET

Ann Putnam will be giving away a copy of her book, Full Moon at Noontide: A Daughter’s Last Goodbye. One lucky commenter will win.


You must be a member of the Night Owl Reviews newsletter to enter and leave the first part of your e-mail address on your comment. USA Postage only. Ends 7/2/2010


----
THE FIGURE IN THE CARPET BY ANN PUTNAM


I wrote a memoir about the death and dying of my father.  Now here I am wondering of the value of research for such things.  What is beyond memory that would tease out the figure in the carpet?  After my father died, I wished so many things.  So many questions I might have asked him and did not.   Not just who begat who—our family has an archivist who recorded all that—but the desire and longing and betrayals that every life, every family knows.  Where were the secrets that would bring my family’s history into the light?


My father was an identical twin.  I never knew their mother, my paternal grandmother. Our only connection is my name listed in her obituary, a 10 day old granddaughter named Ann.  I knew a few things about her.  I knew that her fiancé had drowned before her very eyes.  I knew that after she had said, “I will never smile again.” And there she was in all the family photos ever after, her unsmiling face.  I wondered what blight she had brought to her marriage to my grandfather later, and to those two little twin boys. Was there enough love to go around?  I wanted to know what had happened that afternoon at the lake in Atlanta, Georgia, years before my father was born.  What answers could be found through the fog of years? I was trying to see the figure in the carpet, the long arc of their lives in spite of what must have seemed the sad, dark, end of it.  A thing whole and complete has a beauty of its own, even when the things apart are too terrible to say.


Found in The Atlanta Constitution, May 1, 1909.  “Two Victims of Drowning in Waters of Lakewood.” Under that headline was my grandmother’s picture and that of her fiancé, William Withrow.  But my grandmother had not drowned, though of course she was a victim too.  I read on.  The other who drowned was William’s sister Pearl. “Brother dies in vain attempt to save sister. William and Pearl Withrow find a watery grave….None could tell why the boat holding the three of them capsized and the real reason will probably go down as another in the long list of mysteries surrounding this ill-fated lake.”


The article described how my grandmother had clung to the overturned boat as she watched Pearl pull her brother beneath the surface.  And then the trespass of her picture in the paper, her life so suddenly laid open for all to see.  She was twenty-one. Then the violence of the hooks and barbed wire and dynamite to bring the bodies up.  It wouldn’t have been until after the note inside the green bottle had been found floating near the shore that she would have remembered how he’d said a prayer before they took to the water, how Pearl had tipped the boat, how he swam to Pearl and not to her.   How smoothly they had slipped down.  To Whom It May Concern:  I and my sister have become tired of life and we have decided to die in this way. Withrow. And so her life became part of the mythology of that murky lake haunted by its history of drownings, suicides and murder. And my research ended with an answer which was its own mystery. 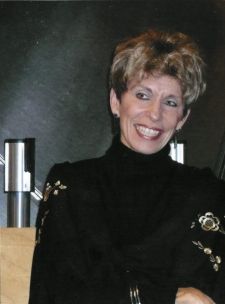 Ann Putnam holds a Ph.D. in English from the University of Washington.  She teaches creative writing and gender studies at the University of Puget Sound in Tacoma, Washington.  Her memoir, Full Moon at Noontide:  A Daughter’s Last Goodbye was recently published by Southern Methodist University Press.  She has also published short fiction, personal essays, literary criticism and book reviews in various anthologies such as Hemingway and Women:  Female Critics and the Female Voice, and in journals including the Hemingway Reviews, Western American Literature and the South Dakota Review.  You can visit her website at www.annputnam.com.