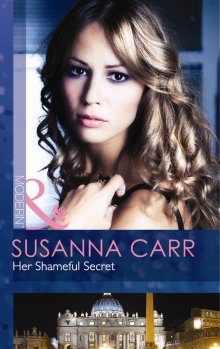 My sister Jennifer and I have always been grouped together. We were frequently known as "the twins" despite my parents' insistence to treat us as individuals. We are not identical but quite a few people think we are. It doesn't help that we unintentionally buy the same eyeglasses or get the same haircut.

We are also used to the comparisons. I'm considered the shy one because Jen can talk to anyone about anything. Jen also had a tendency to break the rules and was labeled the "bad" twin. This, of course, makes me the good twin, whether I deserve that label or not. The label didn't help with my street cred, but I gradually learned that I could get away with anything and my sister was always the first suspect.

If a twin is in my story, it's usually the heroine and she gets along well with her twin sister. They have very different personalities but the sisters are a team or best friends. There's always one twin who causes trouble. She's not evil or the "bad" twin, but she might make a bold choice or drag her sister in a crazy scheme. She's the ringleader. The provocateur.

However, I decided to do something different in my latest novel. In Her Shameful Secret, the hero has a twin brother. Antonio and his brother were close at one time but that was years ago. The competition, jealousy and sibling rivalry created a long-lasting rift.

This is a darker look at twins--the brothers should have been the best of friends but instead they are dangerous opponents. They know just how to strike to make the deepest cut. And when Antonio believes the woman he loves is having an affair with his twin brother, he casts them both out of his life. When the love of his life returns, Antonio discovers that he is required to marry her. But how can he make her his wife when his brother had been her first choice?

To find out more, read an excerpt from Her Shameful Secret on my website at www.susannacarr.com.

Susanna Carr's first novella inspired Kensington Brava's multi-author "Wicked" Woman series and she has also written sexy contemporary romance for New American Library and Harlequin. Two of her books were excerpted in Complete Woman magazine and her work has been translated in seven languages.

Her trade paperback romances have made multiple showings on the Barnes & Noble, BGI and BookScan bestseller lists. Carr's work has also been honored with over twenty industry awards for contemporary romance, romantic comedy and sensual romance. Reviewers describe her work as fun, sexy and pure entertainment.