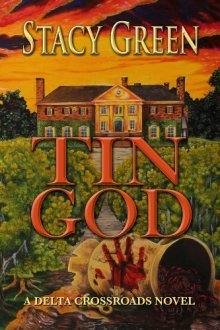 Today Stacy Green is stopping by to offer the Night Owl Reviews readers the chance to win a copy of her book Welcome to Las Vegas and showcase her latest book, Tin God.

Dark, dirty, and terrifying, the storm drains below Las Vegas stretch hundreds of miles and house the city's homeless and criminal element. Walking into the underground abyss is the last thing Tate wants to do, but his junkie sister has disappeared into the drains. Armed with only his flashlight, Tate wades into the gritty depths beneath Sin City to rescue his sister from her demons.

Every step into the smothering darkness challenges Tate’s resolve. With his sister’s life and his own sanity at stake, Tate must face his fears or risk becoming another victim of the Las Vegas tunnels.