Dale Mayer is stopping over to share an excerpt from her latest release.

Warrick Canton works with Mason's Navy SEAL team and he's going stir-crazy on the sidelines while he heals from an ankle injury. He longs for a relationship like the ones his buddies have, but, after his girlfriend of three years dumps him just when he thinks they're solid, he struggles to believe it's possible. He's invited to a backyard barbecue at Mason's house, where he meets up with the spitfire he's met before and knows won’t give an inch. Warrick is intrigued, even though the she-devil won't stop arguing long enough to get to know her.

Penny Magnus loves her job as a clerk in the medical insurance offices, but trying to get stubborn men to fill out a few forms properly isn't her idea of a good time. With a fiery personality, Penny's open to starting a new romance but absolutely not with a difficult man, even if he is gorgeous. Her best friend got herself in an ugly relationship and had to ask Penny for help in escaping him.

Now, just when Penny and Warrick are calming down enough to actually connect, her friend's boyfriend contacts her. He blames Penny for the mess she created when she tore the love of his life from him. He goes on a rampage, targeting Penny--only he's thwarted by one big, badass warrior standing firmly in his way, protecting her. All he needs is for Warrick to make one tiny mistake…

Penny was mortified. As shrieks of laughter, clapping and cheers broke out around her, she realized how the two of them must have looked. She didn’t know if she should run home where she could hide away in mortification and hopefully never see these people again, or if she could somehow brave this out. She wasn’t sure how to do that.

In the meantime, she was completely tucked in Warrick’s arms against his chest, his arms wrapped around her, holding her tight, and she lay sprawled, weak against him. She’d been kissed many times. Hell, she’d had several long-term relationships. But never had a kiss knocked the stuffing out of her like this one had. Of course, with the compound effect of her temper being pricked and the challenge from him …

At his last words about daring her to punch him again and to see where they ended up, she knew exactly where they’d end up. Making love right here, without a care for wherever they were. And that was a hell of a thought. She’d never been so lost in passion that she didn’t know exactly what was going on and where, and she was afraid that, with him, she would completely lose herself. Not something she was prepared to do. And yet the draw, the attraction between them, was hard to ignore.

“All right, folks, give us a moment. Then we’ll be up for round two. The play will begin after a short intermission,” Warrick joked.

At that, there was more laughter from everybody around her, but, at the same time, it was friendly teasing. Most of the people moved away, giving them a little bit of space. She didn’t want to move at all. She hoped everybody would assume they had had a prior relationship, and she hadn’t just let a stranger kiss her silly …

And finally, when almost alone, she tried to sit up, but he kept his arms firmly around her.

“If you stay where you are,” he said in a low voice, “we might be lucky to pass this off as a lovers’ tiff.”

As he wasn’t really giving her much of an option, she relaxed back against him. “That would be giving them the wrong impression.”

“After that kiss, sweetheart, I don’t think so.”

“What the hell was that?” she asked, but she kept her voice low so only he could hear her. She felt his head shake and heard the confusion in his voice.

“That’s another reason why I don’t want you to move yet,” he said. “Otherwise the entire crowd will get to see just how I feel about what happened here.”

She caught his meaning and realized the hard prodding against her hip was something she hadn’t even considered. It had caught her sideways. She giggled.

To go with her fiction, she writes nonfiction in many different fields with books available on resume writing, companion gardening and the US mortgage system.

She has recently published her Career Essentials Series.

All her books are available in print and digital format.

And then there’s her poetry…

As I walk forward on my path to the future,

I choose laughter, love, and light as my sutures,

stitching together my lifetime of choices,

as the essential fabric of my being rejoices

the steps I take as I flow into my tomorrow. 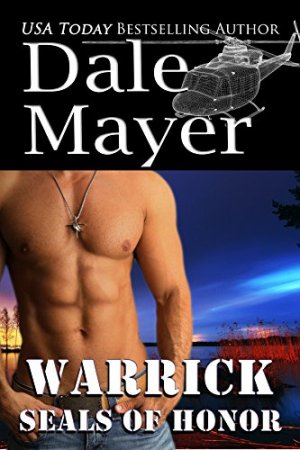