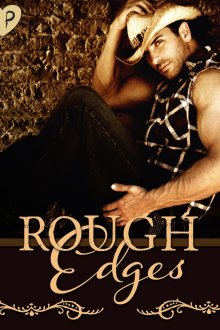 When I first began writing fiction, beginning a new project was fun. A blast of energy. A rush. I was so full of scene ideas and phrases and characters that choosing a path was like running through a giant corn maze at Halloween. Options were endless. Inevitably, I hit a few dead ends and had to retrace my steps. Most times I found my way again, identified where I went wrong, and fixed it. But sometimes, I wrote myself into a corner and just gave up because I had no idea how to get my characters out the maze. Lost. I have lots of unfinished stories from those days.

You know what would help? A birds-eye view of the maze. Yes, I’m talking about an outline.

That’s all an outline is, after all, a birds-eye view of your story. Some writers are perfectly fine writing without knowing what turns are ahead, preferring to let the story blindly lead them into unexpected, or even great, detours. That’s fantastic. For me, though, too often those detours aren’t great. They’re slides into a story that’s lost, meandering, with no direction. Suddenly a week’s worth of work is useless and I’m stuck and frustrated to be starting from scratch again.

Now I outline to lay out a story’s general direction.  Some story outlines are detailed, scene by scene steps toward The End. Other outlines have a clear and detailed Act One but Act Two is fuzzy (with something happens HERE notes). I usually know the ending, or Act Three, in a rough sketch kind of way.

Either way, my outlines aren’t made of rigid, steel beams. Sometimes my characters punch through the corn maze walls, leaping onto a path I hadn’t foreseen. Do I go with it? You bet I do. Characters surprise writers for a reason. But I also adjust my outline to accommodate the detour so I don’t end up bumping into the same walls over and over again.

So if you're a seat of your pants writer and you’ve found yourself stuck more than once, maybe even on every story you’ve written, consider drawing yourself a corn maze filled with twists and tunnels. Dip your cold little toes into the waters of a plotter. You might be surprised by the result. Just because you plot the course of the twists and turns doesn’t make those leaps into a new direction predictable to a reader. I think it makes you a more efficient writer who can put out more awesome stories.

Nothing is sexier than someone who knows what they want and has the confidence go after it. This anthology is crammed full of hot romances featuring those kinds of rough-around-the-edges alpha personalities–stories about the kind of men and women who ride horses during the day and their partners at night, who speak few words but mean every one of them, and who would never break their own personal code of honor.

Emma is a demure young lady from Back East, or so she appears until her stern parents discover her inclination toward lusty leanings, and decide she’d best be safely married off before she can ruin the family reputation. She finds herself on a stagecoach bound West, set to wed an old man she’s never met. When a strapping cowboy boards the same stage, Emma realizes this might be her last chance to give in to her wild and wanton ways, but the journey may yet have some surprises in store for them both.

A boring end to a cold winter’s day means shedding work clothes and popping a frozen dinner into the microwave. But once in a magical while, the package contains a sizzling surprise that heats up more than a cold heart.

If chocolate is the way to a man’s heart, then pastry chef Lucy Baker has the recipe for success. But will her culinary skills melt the most-hard hearted bachelor in Wyoming?

A chance encounter on a New Year’s Eve flight leaves two strangers to discover unbound pleasure and a hunger for more sexual discovery.

When Katarina started her shift in the saloon, it was a night like any other. That was before the silent lady gunslinger strolled in through the batwing doors. Katarina can’t keep her eyes off the woman, and when the gunslinger starts to dance, sensuously spinning a black magic spell, Kat finds herself hopelessly, utterly lost. By morning, nothing will be the same.

The West gets weird, the night the strangers come to Lacrymosa.

To get the long-coveted D.V.M. initials after her name, healer Rose is forced to spend the last two weeks of her internship at the Finnegan Ranch she left eight years ago, where she spent and best and worst times of her childhood. Now Rose had to contend with using her rusty healing abilities to help a wounded, angry donkey and deal with the sexy shapeshifter cowboy who broke her heart.

Finn’s wolf did the unthinkable eight years ago – attacked the girl he loved. Then years later she’d unknowingly saved his wolf, and him. Now he has two weeks to convince Rose that the bite which drove them apart also binds them together. Because letting her go this time might not be possible.

Jackie has a veterinary practice, her family’s ranch, and a habit of avoiding men. The last thing she needs is a giant, blonde cowboy who tears down her fence and rattles her nerves. Russ has no job, a beat-up old pickup, and a rundown ranch he just inherited. He needs everything except the beautiful, angry neighbor who turns him on and then runs him off. Can one pregnant cow, two horses that love to jump, and three long kisses prove them both wrong?

Anna Kyle wrote her first story at age 12 on an old manual typewriter, and though the technology has changed, she hasn’t stopped since. She lives in the Midwest surrounded by family and friends and dogs and horses. They’ve forgiven her (mostly) when they appear in her stories. She reads everything she can get her hands on, but romances, especially paranormals, are her favorite. Vampires, humans, Fae, shapeshifters, or demons, it doesn’t matter—Anna’s heart goes pitter-pat for the Happily Ever After. Hot heroes + strong, funny heroines = awesome.

Author of the Wolf King series at World Weaver Press and author of Coming Up Roses, a story appearing in Rough Edges.