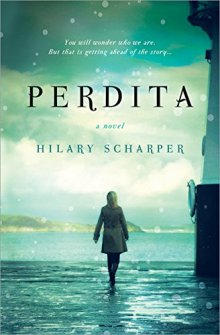 Today we have the lovely opportunity to share with you a couple answers to questions that Hilary Scharper shared with us.

How did you write “Perdita”? What are your “writing” habits?

I love the name of this blog because I am a night-owl. (And there are several owls in Perdita…especially night owls.)

I write late at night—usually between the hours of midnight and 3 a.m. I call my fiction-writing my “owl hours.” This is partly owing to necessity, partly to preference and mostly just because of the “creature” I am.

It is not that I am not functional in the mornings or during the day—I am very functional. I can do all kinds of things and get many things done. But I cannot make my imagination obey in the morning. As if I could say to it: Get up! Time for writing! Do your stuff! 2000 words please!

My imagination merely looks at me and rolls over when I try this. Even if I shake it, scold it, it just ignores me. After all, an imagination doesn’t really have to go to “work,” to earn something called a “living”…etc.

Of course there is a discipline to writing. A writer has to show up and stick to it, put the hours in and have the words flow. But what I find intriguing about this—especially when you read about the wide range of writers’ writing habits—is that there is no sure formula. There is no one fix. A writer’s imagination has to be respected and coaxed first—then disciplined.

What inspired you to write this book?

For many, many years I’d thought about writing a novel; always thinking that some day I’d-get-to-it. The experience of becoming an assistant lighthouse-keeper at the Cabot Head lighthouse (http://perditanovel.com/cabot-head-1888/), however, became the turning point.

When my husband, Stephen, convinced me to become an assistant lighthouse-keeper for a summer vacation, I really had little sense of what an adventure I was in for. I gave him a bit of a hard time—raising a few objections—but in retrospect, I am so glad that I was up for an adventure. At Cabot Head, I found myself in a wild, wonderful and completely unpredictable landscape. The lighthouse took me outside of my ordinary life and its various viewpoints. It almost demanded that I use my imagination to understand the landscape I was suddenly inhabiting.

In choosing to write a novel I re-discovered something that many other women do (particularly as we age): our creative and artistic sides of ourselves are a vital part of who we are and who we are becoming. While it is true of us for all of our lives, it can often get buried and forgotten. 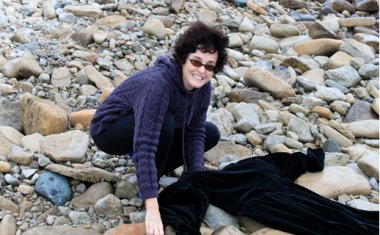 The Georgian Bay lighthouse's single eye keeps watch over storm and calm, and Marged grew up in its shadow, learning the language of the wind and the trees. There's blustery beauty there, where sea and sky incite each other to mischief... or worse...

Garth Hellyer of the Longevity Project doesn't believe Marged was a girl coming of age in the 1890s, but reading her diaries in the same wild and unpredictable location where she wrote them might be enough to cast doubt on his common sense.

Everyone knows about death.

It's life that's much more mysterious...

Seven hours passed, and the waves were—Mr. Thompson said they were fifteen feet or more in front of the Lodge. The rain had not ceased, but the sky had turned an evil gray, and we heard thunder far off in the distance….

“The storm is moving fast,” said Mr. Thompson, and he shook his head glumly.

I began to pray fervently. It was but three o’clock in the afternoon, but the entire sky had turned a livid gray, and it seemed as if night had dropped upon us like a curtain falling. Now we could see lightning blaze across the horizon….

The rain came down in sheets, and the waves took on an even more ominous and angry aspect. My heart sank as I thought of the boats in that water.

And appearing suddenly from around the Point, we could see the outline of a large boat. Its foremast was rolling horribly—up and down, back and forth—and we could see, as it neared, that the first jib sheet was ripped to pieces. The mainsail was shredding rapidly in the wind, and the waves were pushing it toward the shore, where it would surely be smashed into pieces against the rocks. We saw the men lowering the lifeboats and then push off, desperately making for shore.

“Allan,” I cried. He had run out into the storm without warning toward the boats, and I leaped out after him.

Hilary Scharper, who lives in Toronto, spent a decade as a lighthouse keeper on the Bruce Peninsula with her husband. She also is the author of a story collection, Dream Dresses, and God and Caesar at the Rio Grande (University of Minnesota Press) which won the Choice Outstanding Academic Book Award. She received her Ph.D. from Yale and is currently Associate Professor of Cultural Anthropology at the University of Toronto.