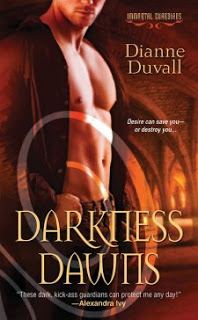 Just comment on the post below and leave the first bit of your email address. You do need to be a NOR Newsletter / Fan Club subscriber to enter. USA Postage Only. Ends - 2/25/2011

I love paranormal romance novels and have ever since they were so rare that I had to wait months between new releases . . . not by one particular author but by ANY author. And, judging by the explosion in popularity the genre has undergone in recent years, I’m not alone. So what is behind the paranormal appeal?

There’s the obvious, of course: the fascination inspired by the notion of immortality, having incredible strength and speed and -- depending on the paranormal being -- possessing abilities humans lack (teleportation, accelerated healing, telekinesis, precognition, telepathy and more). But I believe there is far more to the popularity of the genre than that.

In many paranormal romances, ordinary people are taken out of their element or outright yanked from their comfort zone. Their eyes are opened to a whole new world that has always existed around them, unseen or unacknowledged, mentioned only in fairy- and campfire tales. And common criminals are child’s play compared to the threats posed in these preternatural worlds. How will the human, more often than not the heroine, react? Will she balk? Will she dig in her heels and resist? Will she rise to the occasion? To what extraordinary lengths will she go to survive and to protect those she loves? Will she elect to remain in this new world? Or find it too dangerous and difficult to bear?

What else in paranormal romances appeals to readers? Happily ever after in the immortal world takes on a whole new meaning. It doesn’t last decades. It lasts centuries. Millennia even. Outside this fictional realm, we live in a society in which television commercials advocate infidelity and most forms of the media (movies, music, television, etc.) mock falling in love and make spending the rest of one’s mortal life, which is considerably shorter than an immortal’s, with one person seem downright torturous. So, I find the concept of a couple being thrown together and, throughout the course of the trials they face, falling so deeply in love that they will happily commit to each other for centuries very appealing and suspect others do, too. 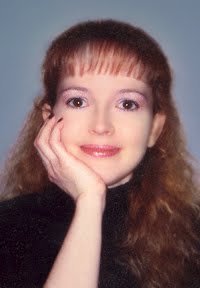 Paranormal romances also, like the horror and sci-fi genres, allow readers to escape the stresses of daily life into a fantasy world where good triumphs over evil, usually in a big way, taking readers on a wild ride that has its own happy ending. The fact that those who fight on the side of good, whether willingly or reluctantly, are as flawed and imperfect as those of us in the real world makes the win all the sweeter. And the edgier paranormal romances provide a taste of the dark, dangerous and forbidden from a safe forum, giving readers the same excitement and adrenaline rush that lures devoted horror fans to movie theaters.

All of these characteristics -- ordinary people taken out of their element and doing extraordinary things as they rise to the occasion, embrace eternal love, and travel dark, dangerous paths to triumph over evil -- feature prominently in Darkness Dawns, the first book in my Immortal Guardians paranormal romance series. I hope you’ll enjoy reading it as much as I enjoyed writing it.

In this dazzling, sensual novel, Dianne Duvall beckons readers into a world of vampires, immortals, and humans with extraordinary gifts . . . where passion can last forever, if you're willing to pay the price . . .

Once, Sarah Bingham’s biggest challenge was making her students pay attention in class. Now, after rescuing a wounded stranger, she’s landed in the middle of a battle between corrupt vampires and powerful immortals who also need blood to survive. Roland Warbrook is the most compelling man Sarah has ever laid hands on. But his desire for her is mingled with a hunger he can barely control . . .

In his nine centuries of immortal existence, no woman has tempted Roland as much as Sarah. But asking her to love him is impossible -- when it mean forfeiting the world she’s always known, and the life he would do anything to protect.

Question: What appeals to you the most in the paranormal romance genre?