I’ve told this story before, but it’s worth telling again.  First, who am I?  I’m an author who writes romance starring Canada’s Indigenous People.  Having grown up on the rez in Northwestern Ontario (I’m Ojibway, by the way), I cut my reading teeth on young adult books.  And I can remember when the TV show Sooner or Later, starring Rex Smith, came on the boob tube.  I was wowed by Michael Skye and Jessie Walters’ romance.  So much that when the book came out, I snapped up a copy immediately.

Anyway, back to the story I’ve told a few times.  I was out of my tweens when my older sister passed me a copy of Paradise Wild by Johanna Lindsey.  It was the latest book making its rounds on the reserve.  An older girl had passed the book to my sister, and my sister encouraged me to give the book a try.  Wow, my first adult romance!

Even better, authors were writing novels about North America’s Indigenous people.  Although I loved and cherished the novels I read, they only starred our menfolk, and our women were relegated to the girl who befriends the captive Caucasian heroine, or we were the enemy.  Trying to find one starring an Indigenous heroine wasn’t easy, but a handful existed.

They were historical romances, which is my first reading love.  But I wanted to also read contemporary titles.  But at the time, they didn’t exist.  At least not in my world.  Every trip into Winnipeg, I searched high and low to find more Indigenous heroines in a contemporary setting.

Later on, I simply accepted this as the norm in publishing and forget about finding such books.  Again, I immersed myself in romance novels of all genres, such as Rosanne Bittner, Johanna (naturally), Bobbie Smith, Catherine Hart, and many more.

When I began writing as a way to de-stress from my job, I focused on a motorcycle gang (before MC romance existed).  My characters were not Indigenous.  It wasn’t until my writing mentor at the time mentioned “write what you know” that writing about Indigenous people began to sit at the back of my mind.  But I shooed away the nagging suggestion with a, “Who wants to read about us anyway?”

At this time, I was working for an aboriginal employment and training agency.  My job took me all over the Treaty area (25 First Nations communities within 55,000 square miles), into southern Manitoba, and northern and southeastern Ontario.  I met many business colleagues and acquaintances also of Indigenous descent hailing from various First Nations communities throughout Ontario.

Again, what my former writing mentor had proposed to me kept blinking on and off in my brain like a vacancy sign at a Motel 6:  should I dare write about Indigenous People?

I realized, sure, why not?  It was in my blood.  In my lifestyle.  In my job.  When my husband and I opened up our pharmacy, we naturally based it out of the health centre on the reserve were from.

Why not tell stories about First Nations constables, doctors, lawyers, and yes, even chiefs!  We come from all walks of life.  Some of us reside at our home communities.  Others live what is known as off-reserve.  My husband and I do.  We dwell in the country.

And why not write about the issues and history the Indigenous People face or faced, and how it impacts them today?

So I did.  My third book in the Matawapit Family Series, Sanctified, set to release pretty quick, addresses the impact the Indian Residential Schools had/and still have on the Indigenous population.  Although I enjoy writing contemporary romance, I plan on delving into historical, too.

Don’t get me wrong.  We relish our “non-native” romances.  When the Fifty Shades of Grey trilogy came out, the younger women on the rez (my niece included), went crazy for those books.  The same for Twilight.  And my boss adored reading Harry Potter to her son before he went to sleep.

Before my Aunt Linda passed on, she was still going to the library to check out her batch of romance novels for the month.  I’ll never forget those times when we’d flip burgers together in the canteen on weekends when I was a young gal, talking about our latest romance finds at the library or bookstore, and recommending great reads to one another.

A lot in the communities haven’t discovered the e-reader yet.  Most still read paperbacks.  Not all, but most.  Me?  I adore my old model Sony for downloading my latest romance story.  My Aunt Pauline has her trusty Kindle to acquire books.  My niece-in-law uses her phone and a reading app.

But yes, romance is alive and well in North America’s Indigenous communities, I’m happy to say.

Blessed (Book One in the Mataawpit Family)

It’s been ten years since Emery Matawapit sinned, having succumbed to temptation for the one thing in his life that felt right, another man. In six months he’ll make a life-changing decision that will bar him from sexual relationships for the rest of his life.

Darryl Keejik has a decade-long chip on his shoulder, and he holds Emery’s father, the church deacon, responsible for what he’s suffered: the loss of his family and a chance at true love with Emery. No longer a powerless kid, Darryl has influence within the community—maybe more than the deacon. Darryl intends on using his power to destroy Deacon Matawapit and his church.

Hoping to save the church, Emery races home. But stopping Darryl is harder than expected when their sizzling chemistry threatens to consume Emery. Now he is faced with the toughest decision of his life: please his devout parents and fulfill his call to the priesthood, or remain true to his heart and marry the man created for him.

Bridget Matawapit is an Indigenous activist, daughter of a Catholic deacon, and foster mother to Kyle, the son of an Ojibway father—the ex-fiancé she kicked to the curb after he chose alcohol over her love. With Adam out on parole and back in Thunder Bay, she is determined to stop him from obtaining custody of Kyle.

Adam Guimond is a recovering alcoholic and ex-gangbanger newly paroled. Through counseling, reconnecting with his Ojibway culture and twelve-step meetings while in prison, Adam now understands he’s worthy of the love that frightened him enough to pick up the bottle he’d previously corked. He can’t escape the damage he caused so many others, but he longs to rise like a true warrior in the pursuit of forgiveness and a second chance. There’s nothing he isn’t willing to do to win back his son—and Bridget.

When an old cell mate’s daughter dies under mysterious circumstances in foster care, Adam begs Bridget to help him uncover the truth. Bound to the plight of the Indigenous children in care, Bridget agrees. But putting herself in contact with Adam threatens to resurrect her long-buried feelings for him, and even worse, she risks losing care of Kyle, by falling for a man who might destroy her faith in love completely this time.

An Ojibway from Northwestern Ontario, Maggie resides in the country with her husband and their fur babies, two beautiful Alaskan Malamutes.  When she’s not writing, she can be found pulling weeds in the flower beds, mowing the huge lawn, walking the Mals deep in the bush, teeing up a ball at the golf course, fishing in the boat for walleye, or sitting on the deck at her sister’s house, making more wonderful memories with the people she loves most. 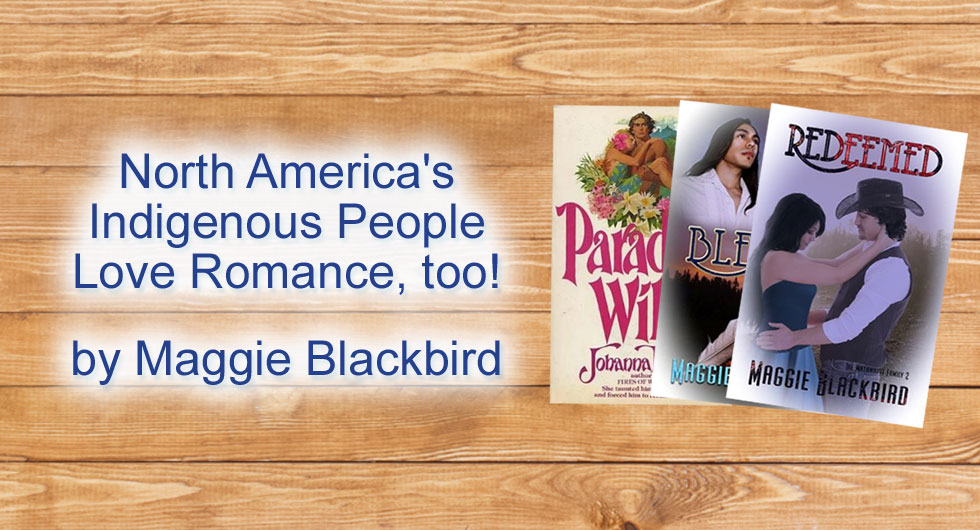