Today I have a lovely excerpt for you to read and the first in a series giveaway. This third book will come out in eBook first.

Tender, emotional contemporary romance—you'll fall in love with this band-of-brothers and the strong women they're determined to win.

Architect Maxwell Devers is laser-focused on winning the contract to build a new cultural arts center—his biggest project yet. But as a single dad of a beautiful baby girl, he has to find some help if he's going to stay on track.

Yvonne Markham is thrilled to get her first nanny assignment. She knows the high-paying job will speed her progress toward owning a child care center of her own. Maxwell's daughter is a delight, and she quickly comes to love the bouncing baby girl. Falling for her handsome new boss, however, was not part of the plan...

Hang on to your heartstrings: This multicultural romance features a single father, a sweet baby daughter, and the nanny who falls in love with them both.

Enjoy all the books in the Southern Gentleman series.

Yvonne took three cautious steps into the room. This inner office was much darker than the outer one, and looking around, she could see most of the window blinds were shut.

Except for one window, where a man stood, looking out. His back was to her, but she could see his shape clearly. His frame, tall and broad-shouldered, seemed imposing despite the size of the room. Without being able to see his face, she couldn’t gauge his mood. The dimness of the room didn’t exactly make her feel welcome. This was her first encounter with her very first client, and she didn’t want to do or say anything that might offend him. She stood by the door, waiting for him to speak.

After a moment or two of silence, he spoke. “Come in, Ms. Markham. Have a seat.”

She eased to the chair by his large, oddly shaped desk and sat down, placing her purse in her lap.

He turned then, and her eyes widened at the sight of the sleeping baby in his arms. Sure, it was the first meeting, and she didn’t know exactly what being an architect entailed. Still, she doubted bringing a baby to work was standard practice for professionals in the field. I suppose that’s why I’m here.

He moved away from the window, circling the room, and opening the vertical blinds, all while carefully balancing his slumbering child. As the light began to fill the space, it became far more inviting. Once all the windows were adjusted, he came to stand behind the desk.

As she looked at his face for the first time, a prickling sensation went down her spine. The afternoon sun streaming into the room let her see his smooth, caramel-skinned handsomeness, and she thanked the heavens for the good weather. He had a strong jaw, piercing brown eyes flecked with green, and the most kissable lips she’d ever seen. His suit, a rich shade of royal blue, had obviously been tailored with care to fit his tall, muscular frame. She knew she should say something but staring at him seemed to be all she could manage.

His lips tilted into a smile.

Her nervous energy melted away instantly. It amazed her how he’d set her at ease. I bet this brotha never has trouble closing a deal.

“Thank you for coming in on such short notice, Ms. Markham. I’m Maxwell Devers.” He extended his free hand.

She stood, shook hands with him. His large hand enfolded hers, and she could feel the mixture of firmness and restraint. She tried in vain to ignore the tingle that ran up her arm the moment he touched her. When he released her hand, she sat back down.

He spoke again. “I’m not sure how much you know about my situation, but I’ll fill you in as we go.”

“Call me Maxwell.” He sat down behind the desk. “If you’re going to help me raise my daughter, we may as well be on a first-name basis.”

She smiled. “Sure.” Listening to the way he’d said that last statement, she concluded that he was a single father. “What’s your little one’s name?”

He smiled, pride radiating from his face as he looked at his daughter. “Her name is Sasha Lynn. She’s seven months old.”

Yvonne smiled. “Oh, that sounds wonderful. Developmentally, so many things are happening to an infant at that age. She’s developing her fine and gross motor skills, trying new foods…” She paused, seeing the expression on Maxwell’s face. She couldn’t tell if he was confused or annoyed by her babbling. “I’m sorry. Excuse me for rambling on.”

“No, no. Don’t apologize. I want someone who’s knowledgeable and someone who’ll care deeply about Sasha. You just met her and you’re already excited, and that’s a very good sign.” His expression softened into a half smile.

She thought he still looked somewhat unsettled, but it wasn’t her place to press. She’d known him for all of twenty minutes. Looking down at the serene face of the curly-haired infant, she said, “I’d ask to hold her, but I know she’s probably not ready for that.”

“Developmentally, she’s at the stage where stranger anxiety starts to kick in.” She smiled, tracing a gentle finger through the baby’s rich dark curls. “It’s best to transition her slowly into my care so she won’t be uncomfortable with me.”

Sasha sneezed, and her little eyes popped open. A moment later, the baby started to wail.

He lifted her on to his shoulder, bouncing her small body and patting her back. “It’s okay, honey.” He whipped out a portable changing pad, and lying the baby gently on it, he put her in a fresh diaper. After setting her in the car seat briefly so he could wash his hands, he produced a jar of turkey and sweet potato baby food and a sippy cup of apple juice.

She looked on, noting how he stayed calm despite his daughter’s cries.

“No worries. Let me guess…teething?”

He nodded with a slight roll of his eyes. “For a couple of weeks now. She’s got two coming in on the bottom, and she’s been quite a little pistol.” While he fed her from the jar, Sasha calmed considerably, obviously enjoying her meal.

Yvonne chuckled. “I know what to do to get her through the teething stage.”

“Glad to hear it. But what do you know to get me through it?” He followed his words with a wry chuckle.

“Patience. It’s the only way.” She eyed him sympathetically. “Anyway, I think I should spend some time with you and Sasha together before I fully take over her care. It’s going to be an adjustment, and we should ease her into this new situation.”

“We’re already going through an adjustment.”

She tilted her head. “How so?”

“Sasha’s maternal grandmother has custody of her while my ex-girlfriend is deployed overseas. I usually only have her two weekends out of the month, but now, I may be taking her on full time until her mother gets home.”

“I see.” That explained why she’d been called to his workplace instead of his home; there was a family crisis at play.

“How would you normally go about building rapport with a new charge?”

“Basically, we all sit on the floor together and play. Sasha will watch the way you and I relate to each other, and she will follow your lead. If you seem to like and trust me…”

“Sasha will get on board, too.”

“Right. So, when would you have time for a little free play with your daughter and I?”

He adjusted his grip on Sasha, who wriggled in his arms. “Looks like she’s ready for a little playtime right now. Workday’s shot anyway.”

“Let’s take her home. That way, you two can get acquainted, and you can learn the lay of the land around my place.”

A flicker of anticipation came over her at the thought of seeing the private domain of the drop-dead gorgeous architect slash single dad. Curiosity flared inside her. What kind of place would he live in? A contemporary condo looking down over the city? A modest brick split-level with a fenced yard? A quaint country cottage nestled among the pines? He’s attractive, articulate, well groomed…obviously a consummate professional, accustomed to taking charge and getting things done. No. The more she thought about it, the more he struck her as a man who lived in a gated community somewhere on the outskirts of town…the “swanky palace in the ’burbs” type. Wherever he lived, she felt a certain eagerness to see it. “Sounds good.”

Buy the Kindle Version on Amazon 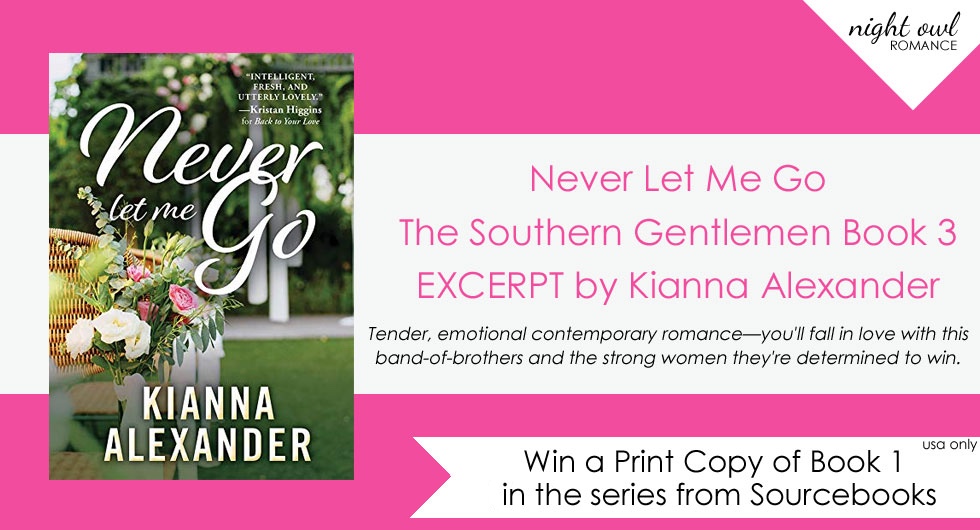