Hey there, Romance Lovers! It's mid-June and we're sweating through the dog days here in the Northern Hemisphere.

Where I live in New York City summer is particularly dirty and gritty, as the song says. What's a romance lover to do? Well, you can escape it or embrace it.

Lots of visitors to New York City take in a Broadway show and that’s fine but maybe, just maybe, it’d be fun to go further afield. What if you could get away from the noise and hustle of Times Square to explore some lesser known and truly romantic spots in New York with Food, Fun & Drink galore.

Here’s my Romance Lover’s guide to a summer weekend in New York City. It’s a little bit of escape with a lot to embrace. After all we Romance Lovers embrace life. In case I need to say it, all opinions shared here are my own and I have not been compensated in any way for this post.

1. The Cloisters and Alexander Hamilton’s House “The Grange”

Especially fun for lovers of historical romance. Step onto the four acres of the Cloisters in upper Manhattan’s Fort Tryon Park and step back into medieval Europe. You won’t believe you’re in Manhattan amidst its gardens, centuries old sculpture and tapestries. Relax, canoodle and stand in awe at the views of the upper Hudson River and shoreline of Weehawken New Jersey from this ‘not a museum-museum’ which has all the feels of an abbey of a castle set high on a bluff overlooking the Hudson River. Take along a fave medieval romance, how about For This Knight Only by Barbara Bettis or The Leopard (Hot Knights series) by Mary Gillgannon for some simmering, elevated medieval romance to read on the trip up there.

The Cloisters are accessible via subway (A train), car and bus. Fee charged to non-NY residents https://www.metmuseum.org/visit/plan-your-visit/met-cloisters

1a. Extra romance credit: My ride or die guy, knowing my obsession with all things Alexander Hamilton, suggested a side-trip from the Cloisters to the nearby Grange, the home Hamilton built a few years before his ill-fated duel in Weehawken. A park service docent will take you through the home and you can catch a bite to eat at one of the many nearby cafés in the area. https://www.nps.gov/hagr/planyourvisit/basicinfo.htm

2. The Grand Banks on the Hudson Riverwalk

Head back downtown to the far westside of Manhattan and you’ll find the Grand Banks, a seasonal treat I look forward to every year. The Grand Banks is a restored 1942 wooden schooner (the Sherman Zwicker) anchored on the Hudson River at Pier 25 near Franklin Street off West Street. Read up on the genius idea of the Grand Banks here. Grand Banks

But… all you really need to know about the Grand Banks is the beer and rose are ice cold, the oysters (can you say aphrodisiac?) and salads are fresh and the views of the city skyline simply breathtaking. Go for late lunch and stay till sunset. (Closest subway stops #1 train to Franklin Street or 1, 2, 3 or A, C  train to Chambers Street) Perfect book boyfriend for this trip? Try A Star to Steer Her By by  Beth Anne Miller

For added fun this jaunt can be preceded or concluded with a rousing round of mini-golf close by on the Hudson Riverwalk. Nothing says romance like mini-golf, am I right?

Actually, nothing says romance like a candlelit dinner or a cozy brunch. The Waverly Inn gets me. Right in the taste buds. Located at 16 Bank Street and Waverly Place in the West Village, this corner brownstone is brimming with downtown ambiance and constitutes the perfect escape from the constant clamor of modern New York. Have the chicken pot pie (you deserve it after all the walking you’ve done today) but save some room for dessert at the Milk Bar at 74 Christopher Street nearby in the West Village.

In a city bursting with remarkable food and especially good desserts, Milk Bar’s cakes and desserts are my #1, nothing-else-comes-close, orgasmic, addictions. So, you’ve been warned. And you’re welcome. The perfect read for this stop is my new release Their No-Strings Affair where Jake brings new-to-the-city Honey to Milk Bar for dessert or should I say foreplay… Their No-Strings Affair by Charlotte O'Shay

Okay this one is not tranquil but it’s definitely iconic. Have you heard about the whispering wall on the lower level of Grand Central Station (42nd Street and Lexington Avenue) outside the Oyster Bar? If you get there in a quiet moment, (good luck with that but it does happen) you and your boo can murmur anything—sweet or dirty— to one another standing yards away from each other at opposite arcade pillars. TRY IT. I promise no one will hear.

Here are the pillars below in a rare moment of quiet.

4a. You will need to shout to be heard above the boisterous din of The Campbell Bar inside Grand Central Terminal (43 Street & Vanderbilt Avenue) but that’s half the fun. Stop in for a pre-dinner drink, check out the stunning male and female eye candy in the dimly lit, crowded room and pat yourself on the back. You’re a New Yorker now. https://www.thecampbellnyc.com/

Perfect read with cocktail in hand: Passion On Park Avenue by Lauren Layne

Located right between lower Manhattan and Brooklyn, Governor’s Island can be reached only by ferry. (To get to the ferry terminal from midtown, take the N, R or 1 subway  to South Ferry/Whitehall Street to get to 10 South Street.) BUT… it’s way easier and more scenic to stroll south on the Hudson Riverwalk till you see signs for the 10-minute ferry ride to Governor’s Island at South Street. (Ferry is $3 or free depending on time of day.)

On the ferry, revel in the breeze and hoist that camera (you know you want to) for some soul stirring photos of New York harbor, including that awe-inspiring, welcoming lady, the Statue of Liberty. Once on Governor’s Island stop at another fun, outdoor eatery with NYC harbor views for miles. Island Oyster is run by the same folks who run the Grand Banks both dedicated to reviving and protecting New York Maritime harbors and sea life. After a fortifying yet light lunch (their lobster rolls are the stuff of dreams) just sit there and soak it all in or if you must, saunter around the beautiful open space of the 172-acre island, quiet these days, but pulsing just under the surface with its deep military roots back to colonial days as a Coast Guard and Army training post. Fort Jay and Castle Williams are open to anyone who wants to take a deep dive into that era.

My go-to on Governor’s Island? I pop on earbuds and crank up the Hamilton soundtrack as I contemplate my New York City immigrant roots. https://govisland.com/

Seriously, do I need to say more? Go for the hotdogs. Stay to root, root, root for the home team. Yes, even the Bronx Bombers crave your love. (Take the B, D or 4 train right to the stadium ) If the Yanks aren’t playing at home, I hear there’s another NY baseball team in Queens…   :)

This list only scratches the surface but I hope it sparked interest in parts of the city you may not have seen. Yet. Till next time romance lovers.

Honey packs everything she owns and heads to NYC to jumpstart her art career. Her cheating boyfriend is history, and she finally acknowledges the truth of her mother's mantra: Careers are forever and happily ever after isn't in their DNA.

All she needs is a job and a place to live. What she doesn't need is a taciturn, sexy, ballbuster but she's woman enough to know the difference between need and want. Isn't she?

Jake's childhood was marred by tragedy and his future hijacked to a promise born of guilt. His failure drove him to a career as a SEAL and a security expert.

But it's not enough. Now he'll give up his freedom in reparation for the life he lost. Honey may be the last sweet stop on the road to a joyless future. If it's what they both want, where's the harm in a no-strings affair?

Recovering lawyer Charlotte and her suit and tie wearing corporate warrior live in Manhattan with their last child, a black dog who thinks he's a bear. When Charlotte isn't reading or writing, she's dreaming of the beach. 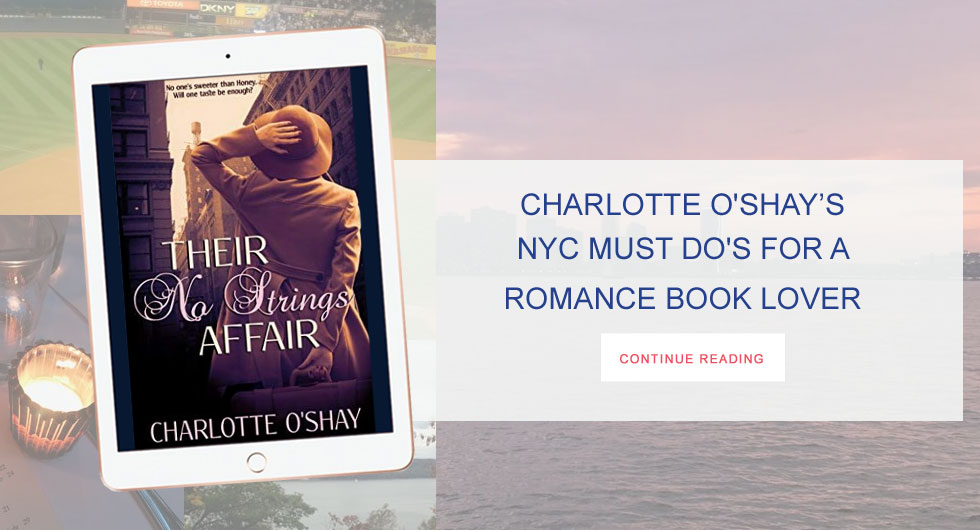