Here are some photos from my office—yes, there are gargoyles everywhere. Statues, framed prints of Notre Dame, bookends, and even shelf holding an aloe vera plant. Hmm, is there any wonder I write about gargoyle shifters?

I’ve loved gargoyles for years, as I find them fascinating. I have taken many photos of them at Notre Dame, Sacre Coeur, Princeton University, and anywhere I spot a gargoyle perched on the side of a building!

See some of my photos here.

Right now, I’m working on Enticed by the Gargoyle, the sequel to Tempted by the Gargoyle, which introduces the Stone Sentries. I’m also finishing up another series with the Knights of Stone, which features five gargoyle shifter brothers who form a rock band. During their interrupted attempts to play as themselves, rather than masquerading as humans, they find their mates, often fated and forbidden.

Gargoyles, tree witches, and wolf shifters have divided the Isle of Stone after a great battle twenty-five years ago. When Kayla, a tree witch, hears about the unconventional rock concerts in the gargoyle’s territory, she sneaks from her coven and into their territory to see for herself. Night after night, she returns to see one in particular shift into human form and play guitar at these unconventional shows.

For several nights, Mason has kept watch for the pixie-like female. He plans to seduce her, thinking she’s a visitor from another island. When he discovers she’s one of the tree witches, he retreats, attempting to keep his distance. The temptation is strong, but forbidden.

Kayla and Mason attempt to meet in secret, but other elements on the isle command their attention. A magical cloak created by the three clans on the island is thinning, leading to repercussions for all the clans. Kayla and Mason are caught in the middle of it, and their actions may change the fate for all.

Lisa Carlisle is a USA Today Bestselling author of romance and suspense. She loves stories with dark, brooding heroes and independent, caring heroines. Her travels have provided her with inspiration for various settings in her novels. She backpacked alone through Europe, and lived in Paris before returning to the U.S. Now she lives in New England with her husband, two children, and two cats. Sign up for new releases: http://www.lisacarlislebooks.com/subscribe/ 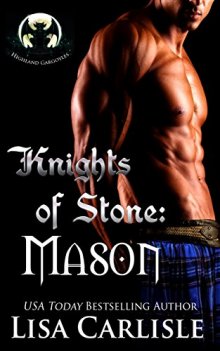