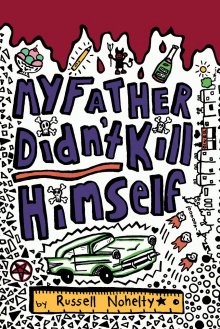 It’s Hard to Write a Book: How to break down a book so it doesn’t seem so daunting by Russell Nohelty (Romance Author University)

It certainly seemed that way for me. When I first started writing even a movie script was impossible and that’s only 10,000 words. The thought of having to do 8-10x more work was something I never thought I would be able to do, let alone relish.

But I did. And I did it by developing a writing process that made my life so much easier. Something I actually learned from writing movies.

This process helped me churn out five books in three years along with all my other responsibilities as a publisher and consultant. It helped me move from writing TV, movies, and graphic novels to full-length manuscripts without having a panic attack.

It comes down to one simple trick. You have to break down your script into the absolute smallest pieces possible.

In movies we break scripts down into sequences and then again into scenes. In books you can do the same thing.

Well no. It’s still pretty daunting. Let’s break it down even further.

So now we have to think about those parts as 20 chapters. You’ll be able to make longer chapters later, but for this exercise we’re going to say every part has 20 chapters. Again, we’ve broken it down from one 20,000-word book into twenty 1,000 word chunks. Now all you have to do is write 1,000 words twenty times.

That sound downright easy, right? I mean that’s less than some emails. It’s definitely less than a lot of Facebook posts I read.

I know you can handle that.

My Father Didn't Kill Himself

Delilah is a teenager who adores her father, so when he commits suicide it's devastating to her. He was the perfect dad in her eyes, and her family had the perfect life.

When her father's life insurance policy won't pay out on a suicide, she sets out to prove he was actually murdered so she doesn't lose her childhood home.

Set in 2007, My Father Didn't Kill Himself is told all through blog posts between Delilah and her best friend Alex as they battle through the emotional turmoil of the death somebody they love...and the realization they might not be the perfect person.

But before you think the book is wholly depressing, don't worry. I don't roll like that. In fact, my thing is kind of taking wholly depressing loglines and stories, then injecting humor and warmth into them. I'm like John Green meets Kurt Vonnegut, or at least that's who I aspire to be one day...they both have amazing hair.

Here is what The Suicide Handbook says about drowning.

Drowning in cold water is supposed to be like going to sleep. For me, it was a nightmare.

Shivering, freezing, I sat for a minute until my body

Adjusted to the cold. Then I sunk down under the water. The cold washed over me, but my lungs were on fire. Before I could pass out my natural instincts kicked in. I couldn't fight them. I kicked and screamed

until half the water was gone. I gasped for air. It was frightful.

I performed my experiment much like J. I laid down in the tub until my body adjusted to the temperature. Once I was acclimated, I sunk below the water. I breathed out until there were no bubbles. And I waited. It didn’t take long for the fire in my lungs to start. Soon, it was unbearable. My body thrashed around for a moment before I shot out of the water and gasped for precious air.

On top of that I realized something.

If I died in this tub, my bowels would empty, and I would be sitting in feces-filled water until somebody found me. That is not a dignified way to die—my bowel excretion muddying the water and coating me in a fine mist of poop. They’d be scrubbing for days to get me ready for the casket.

Before every session with Dr. Bennett, Susie drives me to the cemetery and tries to coerce me into visiting my father’s grave.

I’d never been to his grave before; not since the funeral. It didn’t seem important to me.

It’s not like he's in there anyway. Maybe his body, but not him. If he’s anywhere, he's by my side as I try to fulfill his last wishes, not hanging out in a cemetery.

But Susie always insists on driving to the cemetery anyway. The cemetery is a weird place full of weird people. There’s this tall undertaker who seems a little too into the dead people’s families. He’s like overeager for them to buy something. His smile creeps me out.

There’s a grave digger who has to be high on something because he moves slower than molasses. Sometimes I catch the funeral director yelling at him, as if that’s going to motivate somebody that digs graves for a living to pick up the pace. Shocker, it never worked.

They’re not weird in a bad way though. Some of them I could like if I didn’t hate everybody on principle. There’s this guy who is always reading comic books. He introduced himself to me one day as “Roscoe. Roscoe Fay.” Like he’s James Bond or something. He just sits under this tall oak tree overlooking the cemetery and silently reads comics. I would watch him read sometimes, letting my eye catch a cool image every once and a while.

I would usually just sit there, looking out at the cemetery, until Susie gave up and drove us away. But today was different. Today, I felt a twinge in my stomach, a pang, not quite a stress baby, but maybe a stress zygote, or an unfertilized egg.

Susie was ready to fight, but before she could open her big mouth I pushed out of the door and walked over to his grave.

For all my research on death, I had no idea how to act in a cemetery. I saw a few people crying over graves and placing flowers on them as they rehashed their day.

His gravestone was simple and to the point.

By the eight millionth silent loop, my dad’s name sounded like an alien language. Maybe Zorgblopple, which I just made up.

“Hey dad,” I finally said. “How are you doing? Probably not so bad, right? I mean worms might be eating your insides, but at least you can’t feel how cold it is, right?”

I paused, waiting for a response from him. I felt like an idiot.

“It’s been snowing here a lot. Remember when Mom went out of town for the weekend and it rained? You always said that God was crying because he missed her. I thought that was silly, but I always think about that when it rains or snows now.”

I liked it. I liked it so much I skipped therapy and sat there most of the day. I really can’t tell you how much better than therapy it is.

Russell is a publisher, consultant, and author. He runs the small press Wannabe Press (www.wannabepress.com) and The Business of Art podcast (www.thebusinessofart.us). You can find him on Twitter and Instagram @russellnohelty.

His latest book, My Father Didn’t Kill Himself is about a girl whose father commits suicide and she sets out to prove it’s a murder because she can’t stand the thought of losing him. It’s a black comedy about death, grief, loss, and junk. Check it out on Amazon because it’s great.