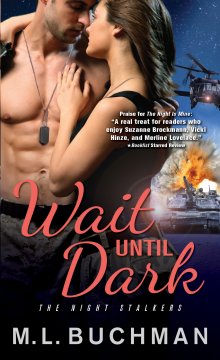 M. L. Buchman on One Writer’s Definition of Romance

Comment to win a prize pack of the two previous released titles in the Night Stalkers Series: The Night Is Mine and I Own the Dawn. Ends 3/15/2013

I’m a hopeless romantic. You know the Jude Law role in The Holiday? That’s me. I’ve cried every single year for over, well, a lot of years, when Dorothy clicks her heels and leaves her friends behind (it just breaks my heart every time). My wife knows to get out the tissues for herself when she hears me start sniffling as I’m always the first one over the edge.

This has extended into all aspects of my life. But one of a thousand examples comes from back in my bachelor days. While working eighty-plus hours a week over seven years, I spent every spare minute and dime, renovating a house to make it perfect for a couple and a kid. I even designed in the dog run and planted the kitchen garden in the most logical order: herbs close, squash beyond the tomatoes, beans down the side. The fact that I was single and completely alone for all of those years because I was a lunatic work-aholic is beside the point.

Years later, through an odd set of circumstances, I revisited the house with my wife and she laughed. She declared how perfectly and exactly it represented me. I’d build the modern version of a romantic, fairy-tale castle rather than finding the partner first.

I thought these emotions and general nature made me uniquely qualified to write romance. Okay, well, I also was wrong about the house coming first.

Romance, both real-life and written, I think is about exploration. It’s about learning a thousand lessons in three areas. They are deceptively simple areas, but they shape our entire lives.

To understand what drives a character, what challenges them, what stops their heart cold, and what scares them poopless, I find I have to delve into myself. Is it my upbringing, my beliefs, or my need to relive some piece of the past that has put me here? Why did I (or my character) keep choosing the same type of girlfriend over and over? Or perhaps why did I keep attracting the same kind of women time after time? I took a long time to understand that I was a giver, a nurturer. I do a lot of it by doing those kind of guy things (building houses for one, which I did twice before I learned), but it’s still my natural tendency. This drew to me some very wonderful woman, but almost everyone was desperately needy in some way. I kept being drawn to the takers until I finally learned enough about myself to just say, “No.” (Something I’m still not very good at.)

In real life, the significant other must face and understand themselves. But as a fiction author, I have to write and develop both halves. This brings on a variation of the questions above with a different twist. Complement or conflict? Exacerbate or soothe? Do the hero and heroine have the same weaknesses? The same buttons? Will they know exactly how to irritate, frustrate, and even hurt each other? Does that mean they’ll also know how to calm, soothe, and help each other when it matters?

Or will they, as my wife and I do, have completely different buttons? When one is spiraling downward, the same stimulus shifts the other into step-up-and-take-care-of-it mode. It has made for immense harmony and shockingly little conflict in our married life. Would our life make good fiction? Perhaps not, but it is sure a pleasant way to live.

That’s what I think romance is about when all is said and done. Do we do more than just complement each other? Do we do more than “complete each other?” I always used to melt at that line. (Anyone else cry at that scene in Jerry Maguire?) But I think that true romance is more than that. Yes, I think it is about someone who can help us when we’re low and cheer us up when we’re down. But I think the key is that we raise each other up until we are a better person together than we are when we’re on our own. I’ve learned that when we can each do that for the other, that is romance. That is true love. That is what I strive to capture in each of my books.

WAIT UNTIL DARK BY M.L. BUCHMAN – IN STORES FEBRUARY 2013

Mission: To serve and protect his crew and country.

Mission: To be the best...and survive.

Being in The Night Stalkers is Connie Davis’s way of facing her demons head-on, but mountain-strong John Wallace is a threat on all fronts. Their passion is explosive, but their conflicts are insurmountable. When duty calls them to a mission no one else could survive, they’ll fly into the night together—ready or not.

Praise for I Own the Dawn:

“I can’t wait for the next book.”—RT Book Reviews, 4 Stars 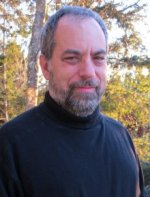 M. L. Buchman has worked in fast food, theater, computers, publishing, and light manufacturing. It's amazing what you can do with a degree in geophysics. At one point he sold everything and spent 18-months riding a bicycle around the world. In 11,000 miles, he touched 15 countries and hundreds of amazing people. Since then, he has acquired a loving lady, the coolest kid on the planet, and lives in Portland, OR. For more information, please visit http://www.mlbuchman.com.