Thanks for stopping over and sharing "Love At First Bark" and your life with us.

Readers, Debbie has an awesome dog treat recipe down below for you.

I have two dogs, Hazel and Nala, rescues we adopted as puppies who both needed to recover from rough starts. Hazel, now 9, was found with her litter in a bag alongside the road. Nala, 3, was dropped off at a high-kill animal control facility at just four weeks of age. She was taken in by a rescue group but remained highly undernourished.  We adopted her at 8 weeks of age and she had very little strength. It took a few weeks, but she soon started to flourish with the exception of developing what we later learned were food allergies.

During the course of discerning what she’s allergic to (chicken, beef, and lamb), I started making my dogs’ food, using a recipe that has morphed into a blend of rice, oats, sweet potatoes, green beans, and salmon, and is supplemented with a kibble that’s free of Nala’s allergens. Each week when I pull out the big kettle to cook up a batch full of food, both dogs get super excited and rush around the kitchen wagging their tails at the sound of the rice dumping into boiling water. While this is dinner rather than a treat, I’m not sure they’re any the wiser. They certainly never waste a drop!

For rewarding good behavior and for those “just because” times, I always have treats on hand, too. Paws down, their favorite store-bought treats are Trader Joe’s Salmon and Sweet Potato ones. Dollops of peanut butter are always big hits, too, as are my four-ingredient homemade peanut butter pumpkin treats. If you’ve been reading the series, I included a recipe for these easy treats in My Forever Home.

Mix all ingredients together in a bowl. The dough should be dry and thick. Roll the dough out until it is ½ inch thick. Cut into treats using dog- or bone-shaped cookie cutters.

Bake on an ungreased cookie sheet in the preheated oven until the treats are hard, 15 to 40 minutes depending on the size of the treats. Allow them to cool and further harden before giving them to a dog.

Animal portrait painter Mia Chambers and architect Ben Thomas have volunteered at the High Grove Animal Shelter for years, and they share a complicated history. Ben has secretly loved Mia all this time, but she was married to his best friend. Now she's newly widowed, with a young son, and Ben doesn't know how to tell her what's in his heart. All he can do is stay close, help her as much as she'll let him, and watch for the right moment to bare his soul.

When a dozen adorable border collies get dumped in St. Louis' biggest park, everyone at the shelter mobilizes for a large-scale rescue. Rushing to the park to round up the frisky collies, Ben and Mia unexpectedly plunge into a new phase of their entangled lives. Who knew that opening their hearts and homes—to animals in need and to each other—would lead to so many upheavals...and new beginnings...?

Debbie Burns’ writing commendations include a Booklist Top 10 Romance Debut of 2017, a Starred Review from Publishers Weekly, and a Top Pick from RT Book Reviews, as well as first-place awards for short stories, flash fiction, and longer selections. She lives in St. Louis with her family, two phenomenal rescue dogs, and a somewhat tetchy Maine coon cat who everyone loves anyway. Visit her online at www.authordebbieburns.com 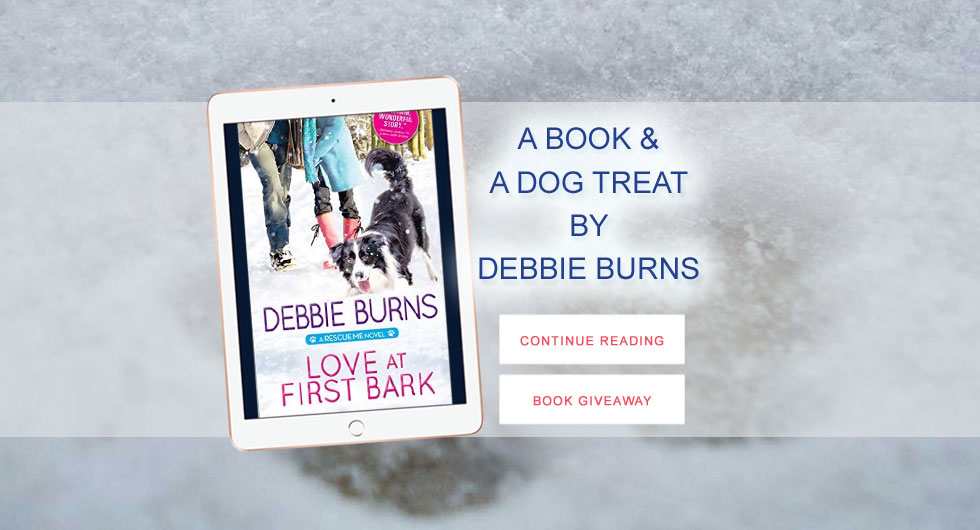