Today Wendy Burke is stopping over to share an eBook giveaway and an excerpt from her latest release. This novel is part of the highly successful 1 Night Stand Series where in each book matchmaker Madame Eve works to bring couples together for much more than a 1 night stand. Each book has Madame Eve as a commonality, but each stands alone. Enjoy!

Zoe Zimmerman wants to stay out of the spotlight, but years in media and her iffy choices in men has made that a difficult task. Jilted, heartbroken and left in the dust by those she thought loved her, she’s excited and terrified with a gift from her best friend, a 1Night Stand encounter. She hopes to find a connection and a weekend of no-strings-attached adult fun with a man who admires her for who she is and not her past.

Eli Martin is well-known and well-liked. He’s accustomed to taking care of people—his three children, the residents of Birch County as elected sheriff, and anyone else who may need a helping hand. Regardless of his good looks and stunning personality, his high-profile position means the widower can’t go trolling for a night of sex. When a 50th birthday present from Madame Eve arrives, Eli is greeted with the perfect opportunity to salve his lonely heart.

What neither Eli or Zoe expect is to meet one another—although their jobs provided opportunities for corresponding and phone-flirting for nearly a decade, they’ve never met in person. Will Madame Eve’s magic do its trick or will Zoe’s insecurities and a bullet end it all before they realize they’re known and wanted…and in love.

Unaccustomed to sitting at bar, Eli filled his time waiting for his date by contemplating is bizarre adventure gifted to him and, as the norm in his profession, making a study of those around him.

A woman in a corner booth caught his eye. She chatted on the phone, laughing with someone. Probably the man she came here to meet. He kept a covert eye on her, if only for his own curiosity and entertainment.

Her pixie-ish, hair style seemed to ooze melted dark chocolate, swirled with caramel and cherry. Even in the somewhat dim light of the bar, he could tell she wore little makeup. She doesn’t need it.

His training and experience taught him to observe everything, including little nuances which told him, despite her outward happiness, uncertainty and nerves had her on edge.

He looked into his beer, the mental self-flagellation he thought he’d tamped down and dismissed, winked at him from the remaining yeasty foam. This arrangement seemed perfect for his circumstance, private, consensual, anonymous. He couldn’t go out on a Saturday night for a ‘hook up’ for a myriad of reasons. Due to the nature of his position, on-call meant 24/7/365 and his constituents frowned on drunken, carousing county leadership. And being an elected and sworn officer of the State, he honored the trust Birch County residents had given him and his oath to them and the State of Ohio. And, like his kids said, ‘Everyone knows you, Dad.’

You’re slacking, Martin. You never saw her coming. The woman from the corner booth stood next to him at the bar.

“Sheriff Martin? What a surprise.”

“I’m sorry….” Don’t know who you are, but wouldn’t mind getting to know you.

What an adorable laugh.

“We talk on the on the phone all the time, but have never really met.” She put out her hand, “Zoe—Zoe Zimmerman from Channel 8.”

Wow, I had no idea you’d be quite this cute. He rose from his seat. “Zoe, well, what a pleasure.” He shook her hand, taking in her impish smile and bright green eyes. “Have a seat. After all these years, let me buy you the beer we always talked about.”

He’d been phone pals with this local television station—What the hell does she do there, anyway? —producer, reporter, assignment manager, jack-of-all-media-trades for more years than he could remember. Always pleasant, with a constant exuberance in her voice, he welcomed calls from her. Although information she needed, or he needed disseminated eventually got traded, more often than not their playful banter many times was laced with friendly, subtle sexual undertone.

“I’m sorry,” Zoe said. “I’m actually waiting for someone.” A chime sounded from the pocket of her fitted, navy blue blazer. “Oh, excuse me.” She turned a bit away from him, checking her cell.

At the same time, Eli’s phone rumbled on the bar top. He took a sip of beer and touched the screen. Your date, the text read. Eli glanced about the bar, curious if someone spied on him, or if this ethereal Madame Eve had covert operatives stationed in the bar.

But when a second text came with an attached photo of the woman standing next to him, a grin lit his face and he mentally high-fived his great fortune.


When he turned to take a peek at his now-date, Zoe’s big green eyes were wide with shock.

She fumbled for words. “There must be some mistake.”

This giveaway is now over. The lucky ebook winner is: Karen Mercer 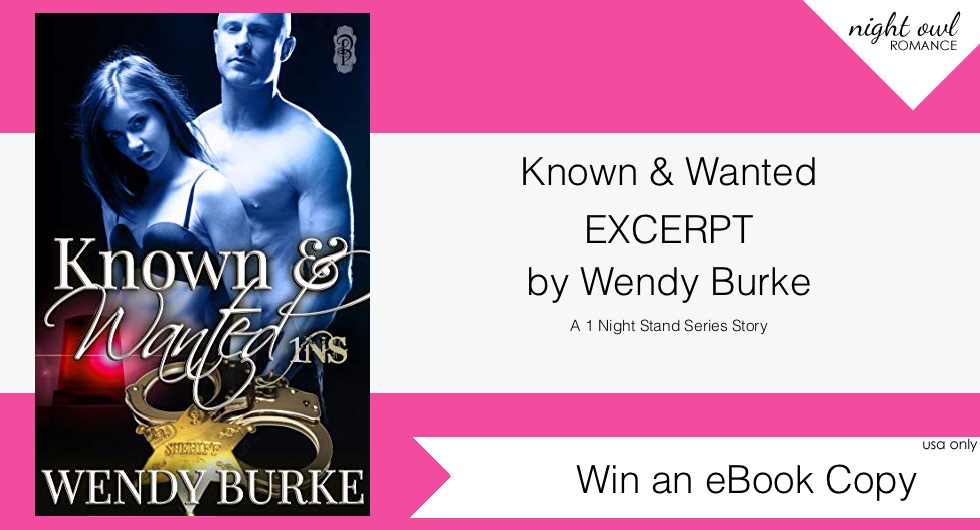